A Bit Of Cheer In Difficult Times

A Bit Of Cheer In Difficult Times 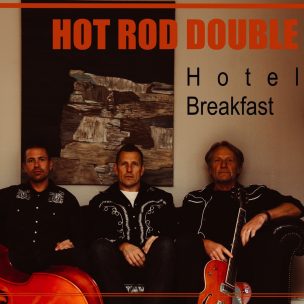 Having featured the band in a previous interview at FLW, the time was right for a second interview after Hot Rod Double recently announced details and the official release of their brand new album ‘Hotel Breakfast’.

With the latest album being more of a country record than rockabilly in terms of its sounds and influences, lead singer and guitarist Terje Kinn of Hot Rod Double took the time to explain the band’s reasons for this, and the latest reaction to their third album release.

A talented band with plenty of original material in the tank, Hot Rod Double is the latest interview @ FLW.