A Train Journey To Remember

A Train Journey To Remember

It was a conversation that resulted in a musical composition being made by Norwegian artist Benjamin Finger after taking a train in the US a few years ago. The story being told concerned D. B. Cooper who remains a mystery to this day.

With his new album ‘Scale Of Blindness’ having received glowing praise only recently from Famous Last Words (FLW), Benjamin Finger’s current work is certainly one of his best. There was one track in particular, however, that really stood out from the rest of the contents of ‘Scale Of Blindness’, and that was ‘If Memory Preserves’. Reasons for the added interest in this particular track was not down to it being more creative in terms of its overall thinking and musical presentation, but for the sample used for pretty much the entire duration of this composition. 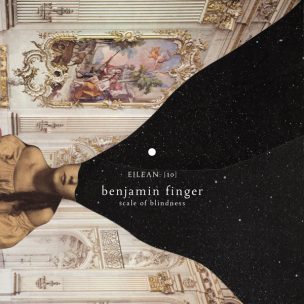 Once ‘If Memory Preserves’ starts to unravel in rather brooding fashion where electronic noises hum intensely as well as give way to thinner and lighter layers of sounds, the track reveals another facet containing a sample which, as far as FLW can decipher, is of a monologue taking place from what sounds like a rather official person in the US recalling the details of a particular incident that had serious consequences.

With only speculation to go on, due to no information regarding the contents of ‘If Memory Preserves’ and the sample used that is causing so many sleepless nights at FLW, there was only one course of action to take, and that was to send word to the artist at the centre of this particular track in order to learn more.

Thankfully, Benjamin Finger was in a charitable mood and opened up the box to the mysterious contents of ‘If Memory Preserves’ in order to provide some details regarding the sample used which, as it transpires, was recorded by the Norwegian musician during a train journey in the States a few years ago. So, in his own words, Benjamin Finger provides a few inside details to one of the highlights gracing his brand new album ‘Scale Of Blindness’.

“I was on a short US-tour (Oakland, Portland and Seattle) back in 2014. On my way from SF to Portland (after I woke up, it´s a long way!), I went over to the cafeteria on the train in order to get myself something to eat. Once I was there, I was surprised to find these two men standing in the corner of the room, and dressed in some kind of [formal] dress codes and talking about American (local) history. Basically, everything that passed us by on the landscape outside of the window was spoken about or told stories about. Therefore, I was very fascinated by this and I ended up spending the rest of the trip listening to these guys, especially since you could learn so many things by hearing them talk about various historical issues as mentioned earlier. I also thought that it was a great service provided to the travellers [laughing]!

“Fortunately, I always carry with me my field recorder wherever I go, which is a Yamaha 2G in case some interesting sounds pop up, and this is where the idea for the track ‘If Memory Preserves’ from my new album “Scale of Blindness” (Eilean Records) was born.

“I really became hooked listening to them telling these great stories and one, in particular, regarding a certain D. B. Cooper. So I had the story of D.B Cooper for a long time in my head. I instantly knew I had a great story here. I just had to find the right soundtrack for the story, and that took me quite some years. Anyway, I’m really happy that it turned out the way it did, and I hope others will find the story as fascinating as I did. Thanks for listening!”

There’s no doubt regarding Famous Last Words’ (FLW) fascination with ‘If Memory Preserves’ because as Benjamin Finger rightly pointed out “I instantly knew I had a great story here” he most certainly did as the mystery surrounding D. B. Cooper is one that looks set to continue for many years yet (See reference https://en.wikipedia.org/wiki/D._B._Cooper).

The album ‘Scale Of Blindness’ is out now and available on Eilean Records.