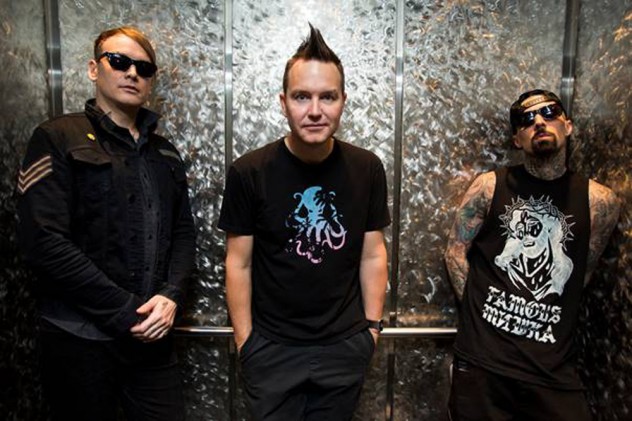 Californian trio Blink-182 will be heading to Norway this year to perform their first ever gig on Norwegian soil.

The legendary skate-punk band will make an appearance at the Tons of Rock festival in Halden at the Fredriksten Festning (Fredriksten Fortress).

Blink-182 began their career back in 1992 and since that time the trio have released seven studio albums, which has seen the band achieve much success, with the songs ‘All The Small Things’ (1999) and ‘Miss You’ (2003) being two such highlights.

With a change in personnel due to Tom DeLonge deciding to leave in 2015 and Matt Skiba taking over on guitar, the Grammy nominated American musician, singer and songwriter is also known for his roles with the bands Alkaline Trio, Rise Against, Kill Hannah and Jeffree Star.

Determined not make this a simple nostalgia trip, Blink-182 released a new album in 2016 by the name of ‘California’, which reached number one on the US Billboard and with high praise coming via Rolling Stone Magazine with the album receiving a 4,5 out of 5 star rating.

Blink-182 will be performing at the Tons of Rock festival at the Fredriksten Festning in Halden 22nd June 2017.

Further to Blink-182, Tons of Rock is being held from the 22nd – 24th June and includes Sabaton, Satyricon, Emperor, Airbourne, Candlemass, Honningbarna, Avatar, Taake and Spidergawd.