Record label owner and promoter of one of Europe’s leading music festivals, Carlos Diaz is definitely living the dream

Now in its 17th year, El Toro Records has built up a solid reputation of being one of the record labels to namedrop when talking about quality and consistency when it comes to new and reissued releases. With its focus on such genres as rockabilly, rock ‘n’ roll and R&B, El Toro Records aims to appeal to a broad range of followers by offering a number of releases under such categories as its Legendary Masters, New Talent and 7″ Vinyl series. So if you’re record collection enjoys a mixture of old and new from everything from Buddy Holly and Al Casey to Arsen Roulette and The Star Shooters, then El Toro Records is as good a place as any to start pledging your allegiance.

The person responsible for the creation of this Spanish record label is Carlos Diaz. Having literally worked his socks off from its early beginnings to the stage El Toro Records now finds itself, this Barcelona-based record label is now in the enviable position of being able to offer to the world Ukrainian rockabilly from the likes of The Wise Guyz to one of Europe’s largest music weekenders in the form of the Screamin’ Festival. 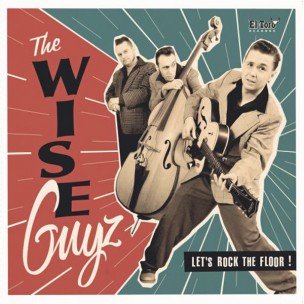 The Screamin’ Festival is one of the aces in the pack at El Toro Records as it is held annually and highly regarded by artists and record companies alike for being one of the forerunners when it comes to bringing together a combination of artists from rock ‘n’ roll’s past and present to offer a mouth-watering package of rockin’ delights. The added bonus of golden sands and a warm climate to help tempt the punters is another reason why people often come in droves from more than twenty countries worldwide.

With so much history and experience behind El Toro Records, Famous Last Words (FLW) was intrigued to learn more about this record label considering our fondness for the previously mentioned The Wise Guyz as well as classic Texas rockabilly compilations – ‘Real Cool Cats’ and ‘Rollin’ The Rock’ – being an ever-present over the past few years. Fortunately for us, label boss Carlos Diaz was willing to discuss the various reasons for setting up this fascinating record label, which continues to bring so much pleasure to a large contingent of rockin’ followers throughout the world.

Where did this all start for you in terms of your love of music and, in particular, rockabilly and rock ‘n’ roll?

“I am the fruit of the rockabilly revival music scene that happened during the 70s,” explains Carlos. “My older brothers were among the first rockabillies to appear in Barcelona in the late 70s, just with the advent of democracy in the country and I was there still wearing short pants when the first records of rockabilly music began to enter through the door.”

Why did you decide to set up El Toro Records?

“I had been running a fanzine called Rock Therapy for some years, and it seemed like the natural process to set up a record label as one thing led to another,” he replies. “In 1995, I met The Tennessee Boys at a gig in France and I told them they deserved to have a record out, which eventually materialised as this would be our first release.”

Was there much planning before you set up the record label?

“I don’t remember it as a hard work, even though it was, but I guess when you do things with so much enthusiasm only good memories remain,” says Carlos.

How many bands did you represent in terms of their music when you first started El Toro Records?

“The first bands that we represented were The Tennessee Boys, Ike & The Capers, Runnin’ Wild, The Nu Niles and The Trailer Park Casanovas; featuring Elvez!”

Was it your original intention to offer 1950s classic rockabilly, for example, with more modern takes on this genre with the likes of The Wise Guyz when El Toro Records started out?

“From the very first time, as far as ‘modern’ bands go, I have released only what I really like, and I don’t label the music,” responds Carlos. “Regarding original recordings of the 50’s, that wasn’t planned at first because we concentrated on gaining proper distribution for our releases before moving forward.”

How do you decide in terms of what albums and singles El Toro is going to release?

“As I said, we release what we like, there’s no other condition nor a scheduled but the one the major distributors make us follow.”

Do you feel that rockabilly revival bands have a place in the current music industry and/or music scenes?

“We would all like to see more rockabilly music in the mainstream, but do we really need it?” Carlos replies after some considerable thought. “Our music is made for our scene, and everyone involved has done a fine job so far. Therefore, I think that things are fine as they currently are.” 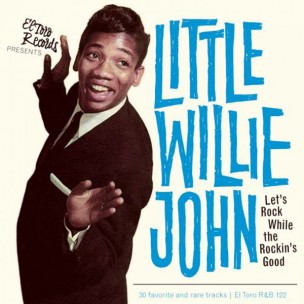 Do you feel that press coverage in Spain is good enough in terms of the bands and music El Toro is trying to promote?

“Press coverage is zero!” comes the frustrated reply. “In any case, what’s the point of the general media covering our music if there is no one on the other side who is really interested? Are we gonna beg for some crumbs?”

What have been your favourite El Toro releases and promotional campaigns so far in terms of your reissue catalogue?

Is it a difficult climate at the moment in terms of surviving as an independent rock ‘n’ roll record label or do you find that many people are still buying such music? 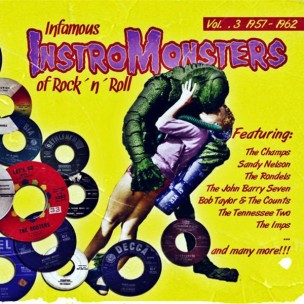 “It’s very, very hard!” is the honest reply. “Only a few companies from the 90s have survived.”

Can you tell Famous Last Words magazine about the Screamin’ Festival and how long this has been running?

“It’s gonna be our 16th year in a row and that’s because we have people [coming] from all over. In an interview to Now Dig This in March 2007, Tom Ingram, promoter of world famous Viva Las Vegas, defined the Screamin’ Festival as one of the most influential festivals on the world stage. If you want to know why please check:   http://www.screaminfestival.com/index_en.html

Who are your favourite artists when it comes to El Toro Records?

“Anyone who has been on El Toro and remains with us till now,” he cheerfully replies.

What forthcoming releases has El Toro Records planned for 2014?

“We have many new projects but we prefer not to mention them,” is the cagey response. “However, there will be some exciting Buddy Holly on vinyl.”

What are your future plans for El Toro Records?

Is there an El Toro Records philosophy?

“The Sound Will Charge You!”

In any case, what's the point of the general media covering our music if there is nobody on the other side who is really interested? Are we gonna beg for some crumbs?"

Like most businesses not everything goes to plan all of the time as there will be one or two incidents that will prove challenging. For El Toro Records, such an incident occurred involving another major Spanish company and the rights to the El Toro trademark as record label boss Carlos Diaz explains to Famous Last Words.

“We were taken to the courts by Spanish mega wine company Osborne because of our trademark; they wanted to have control over everything with the name ‘Toro’ but had forgotten to register it to be used as a name for a record company. As a result, we won [this case] three times!”