Damokles forthcoming Miniature Gardens has all the potential to go beyond its neighbourhood in terms of recognition.

Moving at a rate of knots faster than any vessel when it comes to their song writing, Damokles continue honing their craft which sees forthcoming single ‘Miniature Gardens’ gain national respect via Norwegian radio stations NRK P13 and Radio Rock.

Such recognition for a single that receives its official release later this month is great credit to the newly expanded line-up, now featuring six members, and further reason to place your trust in this band considering the more comprehensive sound that remains alternative-rock, yet likely to appeal to broader audiences in view of its less abrasive edges compared to previous recordings, and for possessing qualities that suggest ‘Miniature Gardens’ is Damokles most bankable record to date.

With other media outlets beginning to take notice of Damokles ascending star in the wake of ‘Miniature Gardens’ imminent release, Famous Last Words (FLW) decided to make a return trip to get the lowdown on the band’s forthcoming single, in addition to their prolific work rate, and the reason(s) for the new recruits at HQ Damokles. 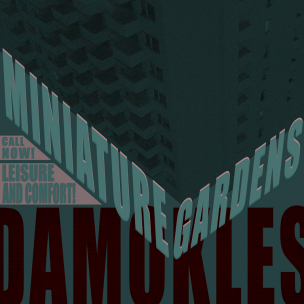 All the band decided to provide input when FLW issued a series of questions, which the following transcript details in full.

DAMOKLES appear to be writing and recording at an incredible pace considering the band has another single on the horizon ready for release, would you agree?

“All members are quite studio-savvy and experienced in that sense, but the main reason for our “incredible pace” (thanks!) is that we are pretty much on the same page, with similar tastes and backgrounds, and get along great as friends. Writing and recording comes easy, and there’s always something going on. For example, we set up our current main studio and rehearsal space in Oslo a few months before Covid-19 hit. We also have access to a studio in Hamar [Norway], where we go to do longer sessions on weekends. In addition, some of us also have recording gear set up in our homes which, in turn, makes it easy to communicate and work on tracks, both collectively and alone.”

Ok, so the new single ‘Miniature Gardens’ is due later this month. Therefore, what can you tell FLW about the single in terms of what it is (roughly) about?

“Not a huge fan of elaborating on my lyrics [Gøran Karlsvik], as I’d like for them to be a more mysterious thing open to interpretation. But mainly, I would say, that ‘Miniature Gardens’ is a commentary on certain parts of the current human condition, maybe mainly in the Western hemisphere. We live hectic, yet privileged lives, in closed-off small environments with little or no regard towards our natural instincts, always on the clock, surrounding ourselves with convenience and artificial comforts. These things have consequences as to how we evolve throughout our lives, but also how we conceive the world around us and our understanding of the creatures populating it.”

How did the band find the whole recording process for ‘Miniature Gardens’?

“Drums were recorded at the venue Gregers in Hamar where we did the video, while everything else was mainly recorded at our Oslo space, with some of the guitar overdubs being recorded at home.”

What inspired Damokles when writing and recording ‘Miniature Gardens’?

“I can only speak on behalf of myself [Gøran Karlsvik], but I’d say that I wanted to channel a bit of our other inspirations as we’ve mainly gone in a slightly indie-tinged, post-hardcore direction on our previous singles, which is a big part of our band DNA. However, we are also into more loungy, gloomy Nick Cave and the Bad Seeds kinda stuff, plus our huge fetish for Afghan Whigs. There is also a lot of 80s pop and post-punk in what we do. To me, the track is proof that we can handle other palettes of music, which is comforting, [but] I never intended to get stuck in a genre anyway. I basically wanted the track to be an epic and dramatic power ballad [laughing].”

The video accompanying ‘Miniature Gardens’ is very impressive. Where was this filmed, and how long did the whole process take?

“Thanks! We are super happy with the video. It was directed by my [Gøran Karlsvik] partner in crime on the comedy show ZAP, Kenneth Olaf Hjellum, who did most of the previous Damokles’ videos. We share an office for our video shenanigans and work great together. Kenneth also did the filming at the venue Gregers in Hamar. All done in one evening.”

What sort of budget did the video require to make?

“The video had NO budget, except for beer money and Kenneth’s (unfortunately) meagre salary! Everything was done DIY, some of it was careful planning, other bits were lucky accidents. Plus, lots of work hours, in post-production. The shoot was mainly done in four long takes, with added inserts and craziness from throughout the evening.”

You have added two new band members to Damokles. How did this come about, and what were the reasons for expanding the Damokles’ line-up?

“Yes, we added Ronny Flissundet (Kite, Dunderbeist) and Fredrik Ryberg (Dunderbeist) as guitarists. Fredrik has been our technician and studio whizz in Hamar since day one, and Ronny has eventually gotten more involved with the band, also on the writing side of things. We were initially looking into expanding our guitar sound for live purposes, as both Frode and Kristian in the band are bass players and write guitar parts. Now Fredrik and Ronny will flesh out the guitar sounds on record, but also in a live setting plus do back-up vocals, and Kristian will be doing more of a baritone guitar thing plus focus on synth parts and other details live.

“We’re all parts of a larger circle of friends in the band scene(s) in Oslo and Hamar, some of us are together in other bands. It just felt like a natural and fun thing to do. As mentioned earlier, we are recording and writing stuff all the time, and it simply feels good to have more players to play ball with. I guess the main band core is still Kristian, John, Frode and me, while Fredrik and Ronny will play a more supporting role. However, it is up to them really, as I’m perfectly happy having them more involved in our doings.”

Will you still be responsible for the lyrics or will any of the other band members start to write a few words now for future singles and the album when ready?

“I’ve produced the lyrics in any band I’ve been involved with, except, of course, for guest slots in other people’s songs. I do not see myself singing the words of others in a steady band situation. I am a writer and published author. I am comfortable with the written word, both on a page and in a song. Plus, having lived abroad for most of my childhood and parts of my youth, I am the most English fluent dude in the band. When I am singing, I need to find the urgency and desperation to deliver, every performance needs to feel like it could be my last one, whether it be live or in a studio. Song lyrics must mean something to me, they are not just stuff put together to sound cool. I can perform through my own cathartic words where I process stuff I am going through, but I highly doubt I would be incredibly happy singing other people’s lyrics. That would feel like being in a cover band. I have got to own the words. And I have got a lot of lyrics already written, at any given time. Another factor would be that being the singer, I should also deliver the words, that’s always felt like my job and my responsibility in a band, just as it’s a guitar player’s job to figure out riffs. So, the short answer is no.” 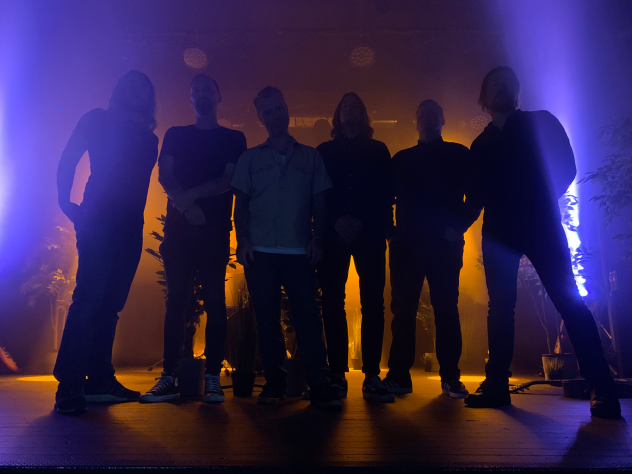 Damokles has announced a live date in the New Year. How hopeful is the band that the proposed gig will go ahead considering what is still going on with the pandemic worldwide?

“What can we say, we have our fingers crossed. We have been turning down gig offers for 2020, but at some point, we need to get back on the horse (we are band dudes after all) and do gigs. We are booking a select few Norwegian shows, but our focus in Damokles will be to tour and do gigs abroad. For example, we are looking into a Germany tour for 2021. Interested parties here and there in Europe, don’t be strangers!”

What is next for Damokles with the new single and after its release?

“Constant song writing, and recording is always next [laughing]. We have got all the drum tracks for the remaining songs on the album recorded and done, plus a lot of the bass and guitar parts. This week we will be doing more vocals. The plan is to have the album done by the end of the year and release it sometime first quarter of 2021. We will release a few more singles/videos before the album is out. We have the songs for album one composed and partly recorded, so I guess we are also working on album two simultaneously. I’m very stoked about the sounds we make.”

Damokles’ ‘Miniature Gardens’ is officially released 21st September 2020. In addition, the track can be found @ https://therealdamokles.bandcamp.com/track/miniature-gardens

To me, the track is proof that we can handle other palettes of music, which is comforting, [but] I never intended to get stuck in a genre anyway. I basically wanted the track to be an epic and dramatic power ballad."

What are your memories of the whole filming of ‘Miniature Gardens’?

“For us, in the band, the shoot was a cool party with flashy lights and nice props. For Kenneth it was probably a logistical nightmare [laughing]! Other memories include Kristian (guitars, producer) having an accident after the video shoot. He fell down a flight of stairs when we were carrying our gear out and ended up splitting his ear open and receiving a black eye and some bruises and concussion. Me [Gøran Karlsvik] and Frode (bass) took him to ER, while the other dudes went to a local karaoke bar to sing songs by George Michael, Weezer, KISS and Hamar heroes Ole Ivars! We all eventually met up there. After the karaoke, we went back to the venue where we got questioned by local cops due to certain bloodied band members and lost car keys, before getting a cab with our gear to the Hamar studio where we stayed to record for the rest of the weekend.”