The final destination may have come too soon for The Railway Children, but former frontman Gary Newby is planning a revival of sorts as he discusses with FLW.

The Railway Children were often the band that soundtracked the dying embers of my school days; a journey that I wanted to last forever due to the halcyon ambience each and every week seemed to bring, especially during the summer when it appeared to stretch for an eternity with nothing but golden sunshine for company. There was of course a plethora of GREAT bands during this period but it was often the indie pop – with shades of The Smiths – of The Railway Children who somehow came out on top every time. It was simple really, as the band had a habit of churning out uplifting melodic songs with lyrics often melancholic in nature or there were slower burning numbers with lyrics implying pretty much the same as before yet teasing at the heartstrings with even greater impact. Perfect. 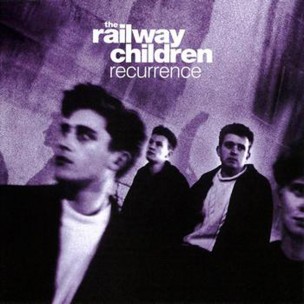 In terms of a first introduction to The Railway Children, it was the musical weekly the NME which first introduced the band to my humble world. Hugging the front cover, due to basking in the summer sun, was none other than lead singer Gary Newby, cocktail (perhaps) in hand and eager to talk about the band’s sophomore album ‘Recurrence’ and plans for the rest of the year. Yes, Gary and his fellow cohorts were among the indie darlings of the NME et al as their debut album ‘Reunion Wilderness’ reflected the times musically i.e. Echo & The Bunnymen and the aforementioned ‘Smiths, with follow up ‘Recurrence’ cementing their reputation as serious contenders for the indie-guitar pop throne.

With the band’s reputation growing in stature and a transitional phase from their indie roots with Factory Records, The Railway Children decamped to Virgin Records and ended up having greater success, commercially, with third album ‘Native Place’. Despite some detractors dismissing certain aspects of this third offering and the band’s decision to move to a major record label, ‘Native Place’ still sets the benchmark in terms of its consistency when it comes to good pop records – ‘Every Beat Of The Heart’, ‘Something So Good’, ‘Collide’, ‘You’re Young’ – combined with the social consciousness of ‘Cotton Counting’ and ‘Music Stop’ suggesting that it was not all about unrequited love in the Newby household.

In all honesty, the more commercial tones of ‘Native Place’ has been revisited on more than one occasion leading up to Gary Newby agreeing to be interviewed by Famous Last Words Records and, in the process, a previously not much thought of song, ‘Because’ has muscled its way to the front of the queue in the favourite stakes.

With time considerably running out due to The Railway Children’s leading man having to contend with the daily duties of his current occupation of Graphic Designer, Gary Newby managed to spare a few minutes in order to pass comment on a few choice questions regarding The Railway Children’s past and present before resuming with normal current duties. 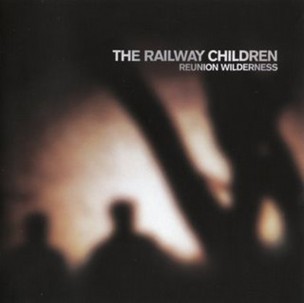 Can you tell me where it all began for The Railway Children in terms of how the band formed?

“I was friends at school with Stephen Hull our bass player. We were in couple of different bands together that never actually played any gigs. Then we met our drummer Guy Keegan, probably around ‘83, and started rehearsing as a three piece and playing bars and clubs around Wigan. We did mainly stuff I’d written plus a few covers, things like ‘Crocodiles’ by Echo & The Bunnymen or ‘The Figurehead’ by The Cure. Brian Bateman joined on rhythm guitar, and the next big step came when we started playing clubs in Manchester, around ’84. We eventually hooked up with our manager, Colin Sinclair, after various encounters, gigs, and demo tapes, including an aborted session with Martin Hannet. Colin owned a live venue and rehearsal studio just around the corner from the Haçienda, called The Boardwalk [Manchester].”

It must seem like a completely different climate now in terms of the music industry compared to what you, and the rest of the band, experienced with The Railway Children?

“It was a very different climate to now; a simpler, smaller world. You only really had the NME, Sounds, Melody Maker, and John Peel as sources of new music. The marketing machine hadn’t kicked in, everything hadn’t been categorised and labelled to the extent it is now.”

What was it like being a part of Factory Records during your first album ‘Reunion Wilderness’?

“Being on Factory was an amazing experience. There was a real buzz around rehearsing and putting the material together for what would be our first releases. We had a room at the top of the Boardwalk building next door to where James rehearsed. The Happy Mondays also rehearsed there along with some other Factory bands like ACR and Kalima. There was always bands coming and going. We’d grown up listening to Joy division and New Order, and Tony Wilson was an inspirational character. I think we thrived in that atmosphere because it was completely unstructured and unpressured.” 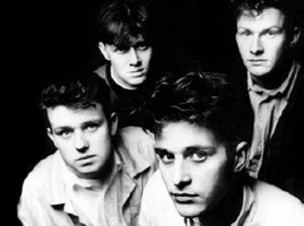 Do you feel the band lost something as a result of leaving Factory Records?

“After the release of ‘Reunion Wilderness’ we had a lot of interest from other companies, and I suppose we got seduced by the bright lights. Looking back, we probably should have stayed with Factory for at least another album and grown a little.”

“Album-wise probably ‘Recurrence’ as it sits somewhere between ‘Reunion Wilderness’ and ‘Native Place’ in terms of songwriting and production. Song-wise probably ‘In The Meantime’ (Hear, hear, FLW), I just love the feeling we captured on that and I think it still holds up today. Also, ‘Skinship’ is another of my favourites possibly because it charts similar musical territory.”

Where does your inspiration come from in terms of your music?

“I tend to just sit down with a guitar and play for hours till something develops. A song can sometimes start from just a song title or fragments of ideas. I like to leave room for interpretation with the lyrics, to capture a feeling or impression, rather than be too overt. They end up a mix of personal experience, what’s happening around me, what I’m reading, watching or listening to for example.” 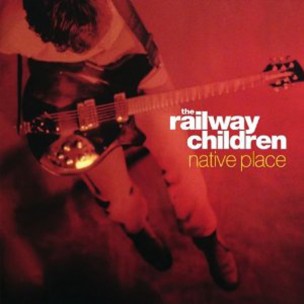 Was the song ’Music Stop’ (‘Native Place’) a reference to the music industry in terms of marketing, money and, of course, the music press?

“‘Music Stop’ was about the noise of modern life, sorting the truth from the lies, not knowing where it’s all leading to.”

Is there a chance that the band will get back together to record new material?

“It’s unlikely the original line up will reform. We haven’t been in touch with each other since the band split.”

What was the reason for living and working in Japan after the band split?

“My wife is Japanese; my two daughters were born there, hence the move. I also had an opportunity to start writing music again for a living for several years, which was a lot of fun.”

What is it like being in control of your own record label with Ether? What are your future plans for the record label?

“It’s nice to have the freedom. No plans at present beyond releasing my own new material on Ether.” 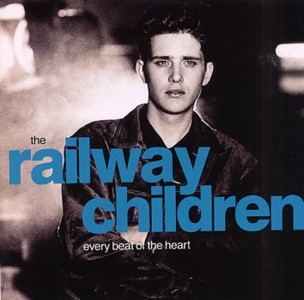 Do you have one example of an amusing anecdote when recording and/or performing live with The Railway Children that you care to share with FLW?

“Nothing I’d repeat in print!”

Considering the original line up of The Railway Children has no plans to reform, what plans do you have musically, if at all?

“There’s talk of a live date in June this year in London with a new line-up. It would be part of a series of gigs supporting a compilation Cherry Red Records is putting together called ‘Scared To Be Happy’. There’s some other releases and new material in the pipeline as well. I’ll be posting more info in The Railway Children Facebook group.”

After the release of 'Reunion Wilderness' we had a lot of interest from other companies, and I suppose we got seduced by the bright lights."

In an attempt to squeeze in as many questions as possible due to the clock ticking, FLW managed to gain a little further insight into the world of Gary Newby.

Do you have a Top Five album list that you are currently listening to?

“Anything by Scorsese, Tarantino or Kubrick.”

What do you think you would be doing in terms of a career if not for The Railway Children?

“I know the answer to this one because I’ve spent the majority of my time being a graphic designer and software developer. The Railway Children has been more of an on-going project than a career since leaving Virgin [Records] in the early nineties.”

Do you feel nostalgic for the 80s – 90s periods in terms of music and in relation to The Railway Children?

“Not really, I still enjoy much of the music, often more than new stuff, unfortunately.”

Ten Years In The Making
Back To Top

The pressure has just been lifted from the office desk after more new #reviews at Famous Last Words with plenty of… https://t.co/pRiNWrbvh7