“I dreamt about a pirate jacket. I’ve got a picture of one on my phone and I want that jacket. So that’s what I dreamt about.” Koozie

“Metallica ‘Black’ album; ‘Use Your Illusion’ Guns ‘n’ Roses; Tracy Thorn ‘A Distant Shore’; Philip Glass for the piano and…this is too many!” Miro 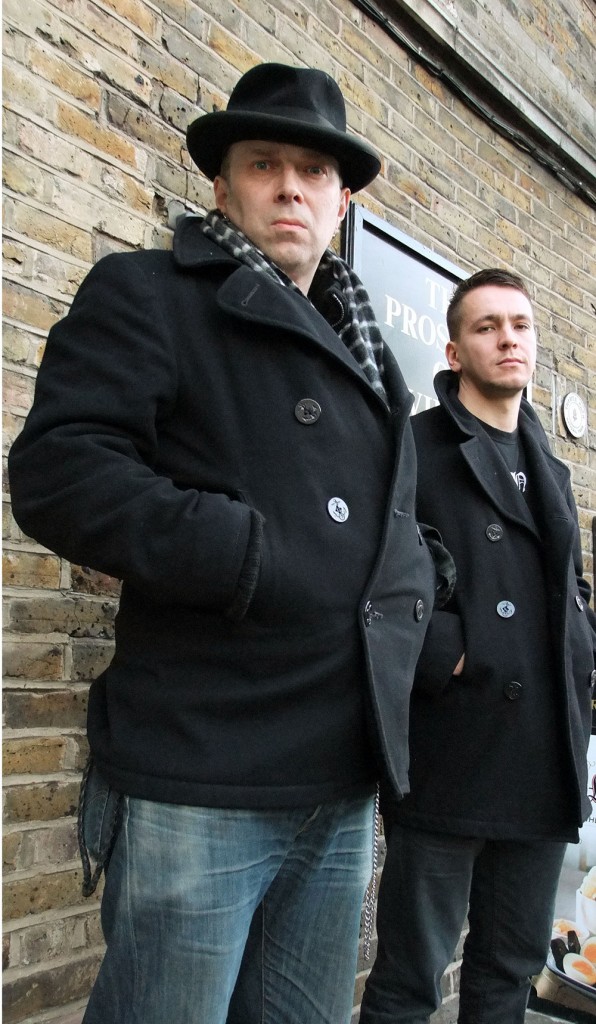 Favourite song to listen to before a night out?

“Franz Ferdinand ‘Take Me Out’” Miro

If you could have one thing right now, what would it be?

“Excellent health for the rest of my life.” Koozie

“Favourite drink is anything over 40%. Favourite food is porridge.”

Any book(s) you’re reading at the moment?

“I’ve read ‘A Life of Blind Rock’ about bands such as Guns ‘n’ Roses in terms of how they started.” Miro

“My books change all the time and I usually have a couple on the go. I like a lot of biographies. I’m currently reading a Norman Wisdom biography which is really good, and a Steve McQueen biography. Also, I finished the Ian Dury and the Blockheads ‘Sex, Drugs and Rock ‘n’ Roll.” Koozie

If you could have a conversation with a famous person alive or dead, who would it be and why?

“Edgar Allen Poe because of his beautiful words. His poems are amazing! He was quite a dark character and therefore I would like to speak with him just to see how he’d come across.” Miro

If you weren’t in Folk Grinder, what do you think you would be doing now?

“I would probably be trying to sell my accordion! I think I would have ended up doing something [musically] but I’m happy the way it worked out.” Miro

“What’s for you in life won’t go by you.” Koozie

“Welcome to the Devil’s Tavern!” Koozie

“If you don’t know where you’re going, you’ll end up somewhere else.” Miro

I dreamt about a pirate jacket."

The Caezars
Back To Top