“The Beatles ‘Abbey Road’; Radiohead ‘Ok Computer’; Frank Zappa ‘Joe’s Garage’; Smashing Pumpkins ‘Mellon Collie & the Infinite Sadness’, and I always have to include a Kiss album, so I would say ‘Destroyer’. I would say that’s not my Top Five but that’s off the top of my head.”

Song you listen to before a night out?

“No, not really, but I love to wake up to ‘Eighteenth Street’ by Rufus Wainwright and I also like to go out with that song on. It’s just very lively. 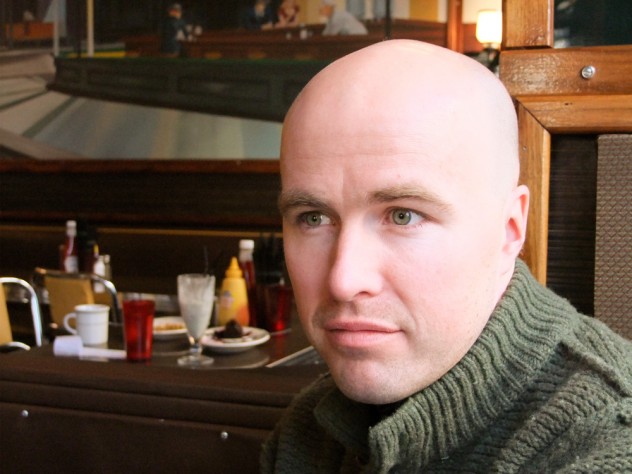 One thing if you could have right now, what would it be and why?

“I would love to have my new single A-listed on all radio stations in Europe. I want that because I think it’s a good song to put on the radio because it’s different from all the other stuff that’s on the radio right now. But I also want to have snow because I want to go cross-country skiing.”

“Loads of films but I’ve always had ‘Twelve Monkeys’ as one of my all-time favourite films. I saw ‘Taxi Driver’ just recently, and I loved it! I love movies from the 70s as I like the way they are filmed and the stories spend more time on the characters.”

Any book(s) you’re reading at the moment?

“I just read a book about The Beatles and their songs in terms of how they wrote them. The book is by a New York Times journalist. My favourite book is called ‘Passing Time in the Loo’ and it’s this different book about everything. Also, I started reading ‘Lord of the Rings’.”

“My girlfriend says pizza and that I love pizza. I think it’s my favourite as I always end up baking a pizza. Drink…I would say a good beer and I like dark beers and pale ales.”

Who would you most like to have a drink and a conversation with?

“Eddie Vedder [Pearl Jam] because I was a big fan of Pearl Jam when I was younger and I think he has something about him and a nice guy. I think he has a lot of interesting views on the world. I think perhaps we have something in common as I saw the band live in July in Oslo and I thought he had something special and a real stage presence due to the way he communicates. He seems like a down-to-earth guy. Also, Paul McCartney but I heard that he only does fifteen minute interviews as he doesn’t want to say too much about things. So perhaps that would be a boring conversation.”

Do you have a final word/phrase of the day?

“The first man gets the oyster, the second [man] gets the shell.”

I love movies from the 70s as I like the way they are filmed and the stories spend more time on the characters.”

Eve Selis The Caezars
Back To Top