Do you have any favourite artists?

“Dinah Washington; Florence and The Machine; Donny Hathaway as he sang with such sadness and makes you want to cry when you hear him sing.”

“Favourite food is seafood; scallops in particular as I like them in a good vinaigrette sauce. It also depends on the mood as there is this place near my house and sometimes I roll out of bed and I need a steak. So I will go down there and order a medium rare steak before my coffee and that’s all I need. I really like food a lot, but it depends on the mood. I’m obsessed with coffee and I would say bubbles which could be cava, presecco or champagne as bubbles are fun and they make me happy.”

“Wow, that’s really tough! I’m trying not to think, but now I’m totally thinking! What came into my mind were two things: sleep, as I’m a little tired, and a nice steak.”

If you could have a conversation with a famous person alive or dead who would it be and why?

“I should probably say a music person but I’m not going to. I would like to talk to Einstein because he was a genius but also as he seemed like a total nutcase! I think he was probably funny but in a weird stupid kind of way. If I was to say musically, then Tom Waits. I would ask him so many questions as he is brilliant and I love his lyrics. I read this book about him and when he was nineteen, I think, his uncle had this raspy-whiskey voice and Tom Waits liked what he heard. So he started smoking and drinking a lot of whiskey to get that voice and now, of course, he has that voice! If I could see one person play live it would be him but unfortunately he doesn’t perform a lot.” 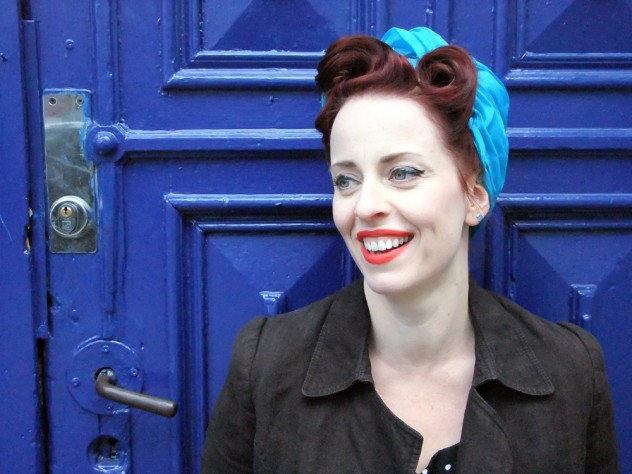 What do you think you would be doing if not for music?

“Again, I would say the pirate and sea thing. I’ve always wanted to work with animals such as a Marine Biologist. At one point in New York, when I had used up my entire Columbia Records advance, I worked as a dating coach; helping shy men talk to women. So it was like that film Hitch. A lot of the time they just wanted someone to talk to, and I would be their night-time shrink as I would take them out and help them talk to people. I helped a guy by talking him into quitting his job because he was unhappy. He moved to Florida to start a new business. He sent me a postcard and cried and gave me a hug before he left and thanked me for changing his life. I feel that I do that with music too, as you can do a lot of things. When you make people feel something I feel that I’m helping in some sort of way.”

Any books currently passing the time of day?

“I have a lot of books that I’ve started due to travelling a lot and then I forget to take them with me and end up buying a new one. There is one that I like and read recently and that was Super Sad True Love Story, which is written in a fun way.”

“I Like films for different reasons, but I am going to say Singin’ In The Rain because I always go back to it as I love Gene Kelly and it’s probably the best movie ever made. It’s a really hard question as there are a lot of [films] but I love Joan Crawford and Rita Hayworth; I like anything that’s from an era that’s gone. Also, I saw the Marley documentary recently and it was amazing! I like good documentaries and they can really catch your attention when made in a good way. I love Mae West as I read her biography and she was a badass! She is my idol because she was sassy and had a brilliant mind and wrote all these scripts and books in a man’s world and she was from Brooklyn [impersonates Mae West leaving FLW crying with laughter].”

“It changes a lot and I get sick of the songs when I play them too much and again it depends on the mood, but I would have to say right now…wow, that’s a tough one! Ok, right now ‘Become My Dream’ which I actually wrote for another female singer who was signed to Columbia. I really love that song as musically it kinda sounds like ‘It’s A Man’s Man’s Man’s World’ the James Brown [song] as it’s got that kind of vibe. So I do that at the end of the song as I like to mash things together and right now that’s my favourite song.”

How did the invitation to perform at the Swedish Royal Wedding happen?

“I sing in a place in New York called The Darby, and it’s a very fancy supper club. The guy who’s marrying the princess [Sweden] is a New Yorker and he’s also one of the owners of that place. So they’ve seen us there and wanted to bring a New York feeling to the wedding, and we’re all going [The Sailors]. I told the rest of the band that I’ll see them in a short while as I’ve just got to go to Oslo first and then I’ll scoot over. I’m really excited about it. We’re playing the party the night before the wedding, as we’re not a church band to put it lightly!”

“Comparison is the thief of joy. You have to stop comparing yourself to other people as you’re going to end up sad. You’ve got to be yourself.”

I love Mae West as I read her biography and she was a badass!"