Making a welcome return, The Bathers remember their past with The Marina Trilogy, and focus on the present with a brand-new album scheduled this year.

Seemingly disappearing into the ether was The Bathers after what appeared to be the band’s last album release Pandemonia (1999). There was a brief flurry of activity in 2001 with ‘Desire Regained’, which highlighted the band’s hardworking ethos to song writing by reworking many of their songs and ending up with an album that gave the impression of a brand-new release, such was the creative rephrasing involved in this project and therefore rendering it more than a straightforward “best of” collection.

The subsequent radio silence after these releases, however, was surprising given the hot creative streak The Bathers had journeyed upon to reach this point. It left a feeling of unfinished business in terms of the band’s creative output, but also a bittersweet taste that mirrored their songs where the prospect of romance was flourishing, or love was at its most abject end. A poignant memory where orchestral strings flowed and filled the air and supported by the distinctive vocals of mainstay Chris Thomson adding to the sincerity of the emotions expressed. 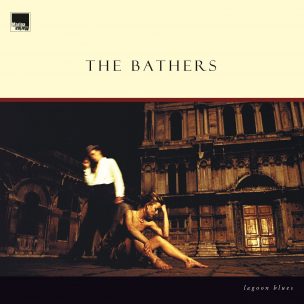 It was purely by accident however, Famous Last Words (FLW) only recently stumbled across the news that The Bathers had reignited their creative flame to not only enter the fray once more with the announcement of a brand-new long player, but also to celebrate the re-release of three of their “classic” albums. Affectionately cited as “The Marina Trilogy”, the recordings ‘Lagoon Blues’, ‘Sunpowder’ and ‘Kelvingrove Baby’ underwent a remastering process to bring these albums for the first time on 180gr vinyl and issued by German imprint Marina Records.

With all the care and attention to detail given to these reissues that was afforded to them upon their original release dates, The Bathers has genuine reason to celebrate, but also for reviving a career which has sadly been missing in the lives of those associated with (if one existed) an appreciation society for this Scottish outfit. So, with the announcement of a Bathers’ reunion, it was time to catch up with frontman Chris Thomson who sees the band’s absence from the music scene as, “more of a natural pause” due to becoming a parent along with his bandmates, and with music never far away by maintaining a working hand in projects such as Starless as he explains.

“Writing new material with my old friend and bandmate, Paul McGeechan, gave me a good way of easing back in to releasing new music. The songs ‘Misty Nights’, ‘Spellbound’ and ‘Calvary’ appeared on his Starless albums recently.”

It seems, therefore, that Starless provided one inspiration for a return to writing and recording the new Bathers’ album, but was it that straightforward after such a lengthy absence? 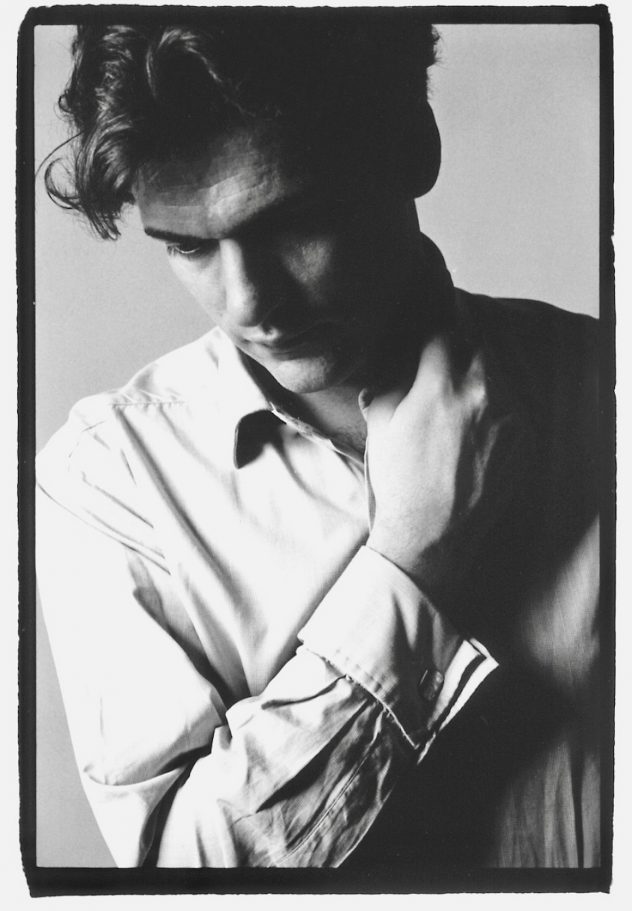 “Truth be told, we have enough material in the vaults to comprise three good albums,” replies Chris. “I have been in the process of selecting and polishing the songs that gel together best for me in terms of the first album release.”

Do you have a title yet for the forthcoming album release, and what can we expect in terms of its look and sound?

“Yes, ‘Sirenesque’,” Chris replies in terms of the new album. “The initial tracks will be heavily string orchestra based, and very much with the classic vinyl format in mind and with a running time of around 40 minutes. I have really enjoyed working with that template, probably because it is something I have grown up with. In addition, I spent several long weekends writing backing tracks with another friend and long-term collaborator Callum McNair; more guitar driven, but a there’s a good album’s worth of material in there too.”

When and where was the album ‘Sirenesque’ recorded, and roughly how long did the whole process take?

“I have been working on and off for about three years on these recordings. Much of it was recorded in Glasgow at the Glasgow City Halls, RSNO Hall with a large String orchestra and a Harp! The string players are so incredibly professional that although we had quite tight time limits, the sessions progressed very smoothly. Much else has been recorded at my home studio set up, where I have some good mikes and vintage gear. Furthermore, double bass, acoustic guitar and piano also feature strongly, and Hazel [Morrison] added some beautiful acoustic drums.”

Do you have a favourite track from the album at this early stage?

“’She Rose Through The Isles’ because it is an attempt to capture the feeling I had when the family went camping on the North-West coast of Scotland and the views across to the islands of Muck, Eigg & Rum are simply awe-inspiring with natural beauty.”

Ok, let us rewind a little bit here because the reintroduction of The Bathers started with news of ‘The Marina Trilogy’ breaking, and then becoming reality with their first ever appearance on vinyl. Therefore, how did the whole reissue package come together with Marina Records?

“Vinyl was really out of fashion when the albums were originally released,” answers Chris. “I started to look at them with a view to putting them up on the various digital platforms, but also very much liked the idea of vinyl editions. I emailed Stefan [Marina Records] to ask permission to use the artwork as thumbnails and mentioned the vinyl idea. He too was excited about the prospect, and suggested we team up as a joint endeavor. Much as I was pleased with the quality of the songs on these three albums, I felt there was an opportunity with the vinyl editions to sort out some things that I felt could be improved to do the songs full justice.” 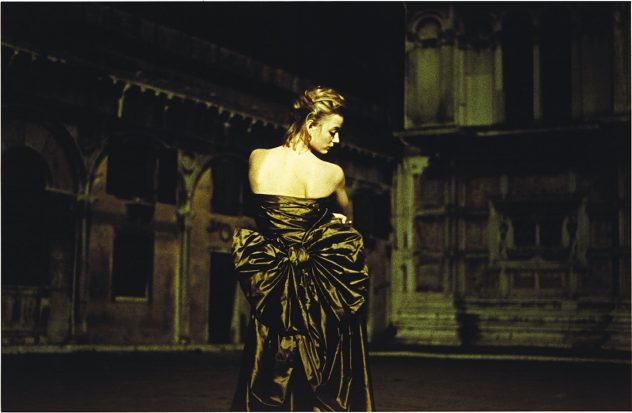 Who was responsible for the artwork and ideas for the trilogy albums because the imagery is beautiful and has a strong European feel in terms of this imagery?

“Stefan Kassel is the design genius behind the Marina Trilogy albums. Particularly with ‘Lagoon Blues’, we were incredibly fortunate to find a German photographer, Esther Haase, who was working in Venice just at the time we needed something that fitted the semi-mythical Venice that the ‘Lagoon Blues’ record was trying to conjure up, and her pictures were a perfect fit.”

Marina Records is a class outfit and certainly has close affection for Scottish bands. Therefore, how did the label first become involved with The Bathers?

“Stefan and Frank from Marina were working as music journalists and I met them for an interview in London for the Bloomsday album [An earlier project of Chris Thomson]. It turned out the Marina boys were really into the Glasgow scene and wanted mostly to talk Friends Again [Where it all began for Chris Thomson] and The Bathers! We kept in touch and it was an obvious alliance to make when I independently produced and finished ‘Lagoon Blues’ just as they decided to set up the Marina imprint.”

The Bathers give the appearance of being a solo project at times, considering the different personnel for the albums recorded over the years, would you agree?

“Yes, I have definitely benefited from the freedom to move in any creative direction that suited me but have enjoyed the best of both worlds in that some great relationships have flourished within this very loose-knit setup. For example, Hazel Morrison, a fabulous drummer, singer, and all-round musician, came on board for the ‘Sunpowder’ sessions and has remained a key collaborator to the present day. Elsewhere, Callum McNair, Iain White, Carlo Scattini, James Locke (The Chimes), Nico Bruce, Neil Clark (Lloyd Cole and the Commotions), Elizabeth Fraser (Cocteau Twins/Massive Attack), Justin Currie (Del Amitri) made great contributions to the team effort. Another bright spot in this was ongoing collaborations with previously mentioned Paul McGeechan, in addition to James Grant and Douglas MacIntyre from Love and Money.” 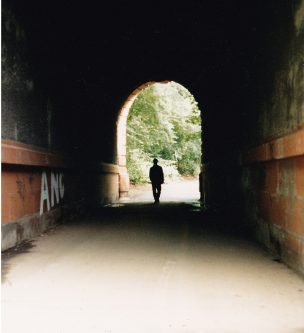 How do you view the musical landscape now, because it must be quite different compared to when you started out with Friends Again for example?

“I’ve always focused on what feels right to me at the time and haven’t particularly felt the pull of the various trends and fashions that come and go. That probably holds true from ‘Sweet Deceit’ [Bathers’ album] onward.”

What is next for The Bathers?

“A nice walk in the snow, a cup of tea then some piano practice.”

“If Music be the food of love then play on…” as the great man once said.”

I’ve always focused on what feels right to me at the time and haven’t particularly felt the pull of the various trends and fashions that come and go."

Your lyrics are often poetic, romantic, and reflective when it comes to love and relationships. Therefore, are your words autobiographical or written in the third person?

“I have often used elements from my own life, but would hesitate to say it was autobiographical because often the songs fused my experiences alongside elements inspired from novels, films, music, painting and wider cultural references. I think part of the fun is that even I would struggle to unpick the threads that tie all this together. Like many others, I do enjoy a bit of detective work around place names, locations linked to art or notable people and events. Plenty of locations name-checked in my stuff, some easy to identify others more nebulous. For example, I remember chatting to a guy who said he was a little disappointed when he visited the Rapenburg canal, which I had used as a backdrop for my song ‘Once Upon A Time On The Rapenburg’. It transpired that he had tracked it down in Amsterdam where it was, in truth, quite a plain affair, whereas “my” Rapenburg was the grand and rather beautiful old canal a little further south in Leiden.”