A NEW OFFERING ON THE HORIZON

A name that’s not familiar with many, Falcon Jane is currently in the process of changing all of that with their debut album.

Straight off the bat Famous Last Words (FLW) is there with a quizzical look that leads to a question in the hope that a definite answer can be given regarding the overall status of Falcon Jane. The reason for this is due to the name giving suggestion to one of a solo artist rather than a full band. Therefore is there any truth in any such suggestion?

“At the beginning Falcon Jane was just me,” begins vocalist Sara May, “but it’s become much more than that. It’s still my project, but we are very much a collaborative band. I write the core melodies of our songs and lead our vision, but everyone plays a really important role in the music and the band dynamic. It seems like I’ve carefully selected these perfect people to be part of my team and help me on my journey, but really everything just came together on its own.”

Alluring by name and alluring by sound, Falcon Jane is the title given to the five-piece band currently residing in Toronto, Canada. With a penchant for creating “plez rock” (their term not ours), Falcon Jane initially started out as a single entity, still under the same moniker, but one fronted by lead vocalist Sara May. It was only later that the rest of the pieces, in terms of the band, slowly but surely came together in order to complete the five-piece unit it is today. 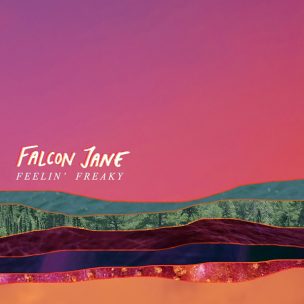 With a couple of self-released EPs and current album ‘Feelin’ Freaky’ already in the band’s locker, Falcon Jane is currently in the midst of promoting the aforementioned debut long player that brings further experimentation to their sound and one that is seeing the band gain further plaudits from music critics and fans alike.

During this busy promotional period for the band, it was left to the already mentioned lead vocalist of Falcon Jane, Sara May, to help fill in the details reading the Canadian band and their current musical activities once Famous Last Words (FLW) got in contact.

Where did this all start for Falcon Jane and how did the band get together?

“I started writing songs when I was 16 and created Falcon Jane as a stage name for myself about four years later. The band has naturally come together, one-by-one, through a series of divine appointments over the last five years. Even though I believe that everything is constantly in a state of change, I really feel like, as a group, we’ve found a place of harmony right now.” 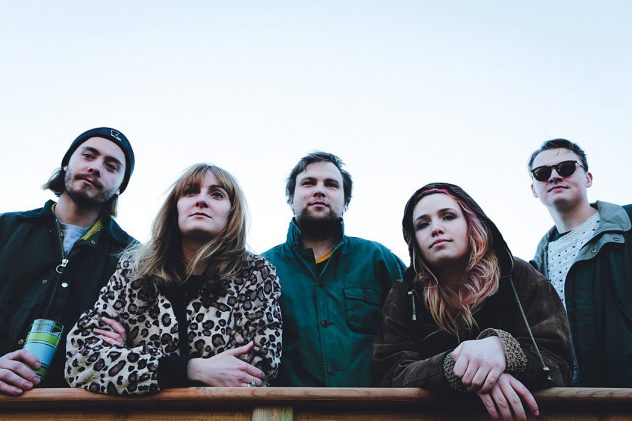 It was interesting to note once a bit of research was conducted regarding Falcon Jane’s beginnings that you refer to your music as “plez-rock”. Therefore, how would you describe your sound in terms of such a definition?

“We call it ‘plez rock’, which is short for ‘pleasant rock’ and meaning that it’s chill, groovy, fun, dreamy, deep and inspiring, featuring hot licks and righteous riffs!”

With Falcon Jane adopting their own definition when it comes to describing their sound, who do they regard as influences in terms of their music?

Where does your inspiration come from when writing your songs?

“It comes from deep within or high above, depending on how you believe the universe works. It’s some sort of sacred space where all of my truth lives.”

What can you tell FLW about your recent single ‘The News’? FLW understands that there is quite a bit of tragedy behind the song?

“‘The News’ is a super sad song that just poured out of my subconscious one morning after having a spooky dream. The more I play or hear the song, the more meaning it seems to have for me. It’s all about losing someone and trying to find them amidst grief’s dense, emotional fog.

“The video I made for the song was inspired by a little boy who went missing in my community a few months ago. He was washed away in a river during a flood and for weeks there was a huge search party out for him. There are a few lines in the song that really resonated with me after hearing about it all, imagining what the boy’s mother must be going through; “I tried to listen for you, but I don’t want to hear the news…” and “I’m afraid of being lonely, afraid of being left broken, I woke up to find I might never see you again.” 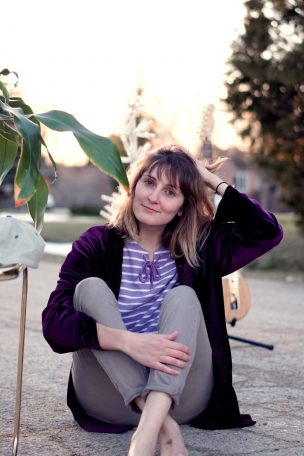 With the single available on the band’s album ‘Feelin’ Freaky’, what can you tell us about the rest of the new album?

“Yes! Our new album “Feelin’ Freaky” is done and has been released! The record is a collection of the coolest songs I wrote over the last couple of years. We recorded the album as a band at Wildlife Sanctuary Sound, which is a super cool recording studio in the back country of Grey County, Ontario, owned by two musical geniuses (check out AMC Gremlin & L CON) who engineered the album for us. We recorded for about five days and mixed for two – it was a pretty seamless process – we were very prepared going into it. Played a lot of Frisbee during our breaks and ate a lot of Oreos, and we’d definitely do it again.”

Is there a favourite song from the album ‘Feelin’ Freaky’?

“My favourite song on the album is probably “Go With The Flow” which is why I wanted to release it first. It’s pretty damn chill and makes me feel super relaxed. But there are some other great bops on there as well – the next song we’re going to release is called “Ginger Ale” and it’s the most upbeat on the album. Real good song for summer time hangs!”

Moving away from the debut album, what three items can Falcon Jane never be without?

Do you have any amusing and/or weird anecdotes to tell regarding the life and times of Falcon Jane to date?

“Weird or funny stuff always seems to be happening to us – we spend a lot of time laughing,” replies Sara May. “Lots of people say weird stuff to us, or we come across strange situations. It’s hard to type out, but if you’re ever at one of our shows I’m sure a few hilarious stories will come up.”

What three records are you currently listening to and why?

“L CON – “Insecurities in Being” – pretty much on repeat because it is so amazing and there is so much to discover.

“Helena Deland – “Altogether Unaccompanied” Vol I & II – so groovy and good and Helena is so sweet!

“Big Thief – “Masterpiece” – makes me feel a lot of feelings.”

What’s it like being a recording artist growing up and living in Canada? 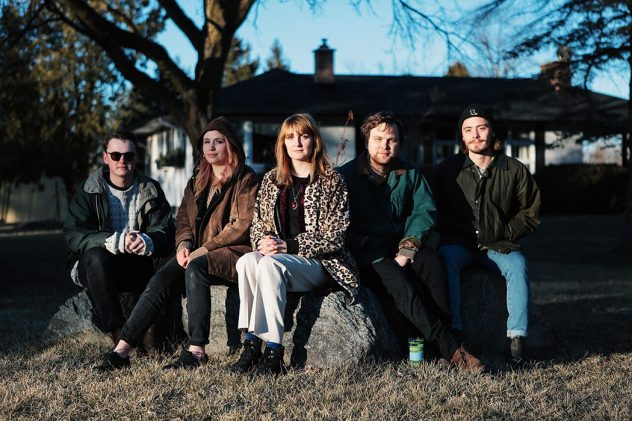 “I live in a tiny village outside of a small town in rural Ontario, and I really love it. I find it so easy to create here. There’s so much silence and fresh air and greenery. I don’t enjoy being in big crowds, so it’s nice that Canada has the space that I need to relax and be myself. My community is very supportive of Falcon Jane – last year we had a fundraiser show to raise money for our tour and it was overwhelmingly wonderful how everyone came together to pitch in. It’s tough not being in a big city like Toronto, because sometimes I feel like we’re forgotten about, or not in with the “cool crowd”. There are a lot of great bands making super cool indie music in Toronto, but I think we are still finding our place in it all. When we meet like-minded musicians that we jive with, we hang onto them for dear life! It’s rare to find people you really connect with and mutually respect, so when we do we understand how special it is. We always just try to be as kind and open-minded as possible!”

What’s next for Falcon Jane?

“We’ve already started writing songs for the next album. We’re making some new merch (holographic stickers OMG!). Last year was the start of my Saturn return, so I can already tell this is going to be a big year for us!”

Do you have a final few words of the day for FLW?

“Thanks so much for listening and supporting independent musicians! Today I woke up and said to Andrew (Falcon Jane’s bassist) “Should we just stop playing music?” which is indicative of the everyday identity crisis a lot of artists go through. It’s really special and meaningful when people support you because it could give you that extra bit of strength you need to carry on.”

The album ‘Feelin’ Freaky’ is out now on Darling Recordings

"Even though I believe that everything is constantly in a state of change, I really feel like, as a group, we’ve found a place of harmony right now."