As far as debut singles go, Novatines open their account in impressive style.

The debut single from Novatines landed on the desk at Famous Last Words (FLW) with an almighty bang, due to a combined workout of Led Zeppelin inspired-rock and tinges of early 90s psychedelic rock. If you’re looking for the perfect pickup, then Novatines opening single, ‘Medicine’, may prove to be just the tonic.

Currently situated in the West Country, and the cities of Bath and Bristol to be precise, is alternative-rock band Novatines and their debut single ‘Medicine’. The indie rock tag is only part of the story as Novatines take a huge slice of inspiration from classic 70s and 80s rock, which has been added to their creative melting pot and resulted in their debut single, ‘Medicine’, issued today.

By incorporating the previously mentioned traditional rock with a more current rock sound, newcomers on the block, Novatines, announce news of their single ‘Medicine’ with an explanation that describes the song as encapsulating “…the band’s spirit, verve and intensity in its every fine detail. This debut is a statement piece as bold and honest as any.” Such words become apparent once ‘Medicine’ opens up its account and rolls out its links to more traditional rock, and the kind of alternative rock bands such as The Verve were producing during the early 90s (e.g. ‘All In The Mind’ and ‘A Storm In Heaven’). Part of this is a result of Novatines decision to record ‘Medicine’ live, in addition to the band exercising complete control over the recording process as they produced the single as well.

With further promotional duties scheduled in relation to ‘Medicine’ that includes a music video to be launched next month, and then followed by a series of live dates planned for November in the UK, the official live streaming of Novatines debut single is only the start of what looks set to be a promising career. Therefore, it’s time to obtain the lowdown on Novatines before they reach those stellar heights.

“We’ve all been making music together for a couple years now, and have known each other even longer – nothing happens by accident, the wheels have been turning in the shadows and now we’re here,” explain Novatines regarding their initial inception. 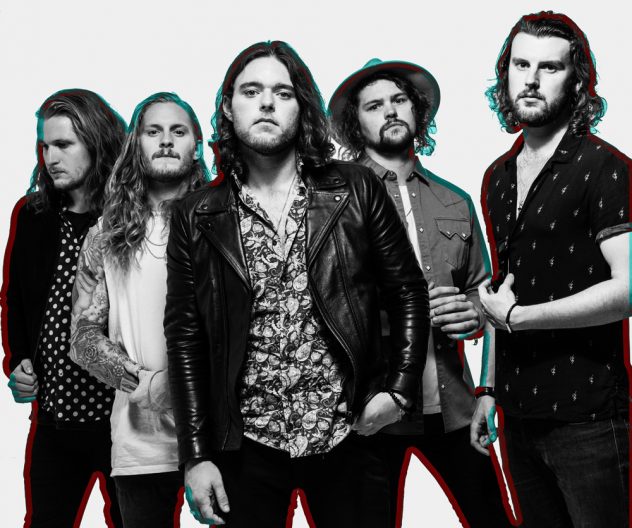 Your debut single ‘Medicine’ is an accomplished piece of work and one that certainly compels with its penchant for loud rock music, but how would Novatines describe it exactly?

“Loud, unapologetic rock music with no smoke and mirrors,” the band holler in unison.

Who do you consider as influences when it comes to your music?

“We all have quite different musical influences, but we all share a love of bands like Led Zeppelin, Black Sabbath, Foo Fighters, Oasis, The Eagles and Kenny Rodgers. We are inspired by great songs, and it’s irrelevant who writes them.”

Returning to the main topic for discussion here, what can you tell FLW about your brand new single ‘Medicine’?

“[We recorded ‘Medicine’] A couple of months ago in an old theatre and Jamie’s [Beale] (vocals & guitar) living room. The neighbours live for it! We record and produce everything in house, and Tom Cory (guitarist & vocals) takes the reins on this. It allows us to save a tonne of money, which we don’t have, and gives us complete control over every aspect. We know what we are supposed to sound like better than anyone else.”

Very impressive work adds FLW in response to Novatines complete control over their creative output, but did the band encounter any difficulties when recording the single?

“None at all. We don’t like trying too hard,” is the immediate reply from Novatines.

Who came up with the title for the single, and what is the song about?

“I felt disillusioned with everything that’s happened to the world over the past year or so,” replies Jamie Beale. “Therefore, the song came out of that place. Other than that, our music is open to interpretation, take your own meaning from it and you’ll never be wrong.”

Is the single ‘Medicine’ an introduction to a future EP and/or full album? If so, can you provide more details please?

“This is the calm before the storm, get ready!” comes the cryptic reply.

What has been one of the most amusing and/or strangest incidents that has happened to the band when either recording or playing live?

“If you get five mental ***** in a room, too many strange and funny things happen to put your finger on just one event. We are all unhinged individuals.”

Do you feel that your local environment has provided source material for writing your song(s), and is there much of an indie-rock scene where you’re currently based?

“We live in Bath and Bristol. Bristol has always been good for music, but there is something in the air in Bath right now, with some great rock and indie bands coming out of the City.”

Even though it’s early days for Novatines, what’s been the biggest achievement so far?

“Our biggest achievements are always in our writing, and we are writing all the time. An awful band on the biggest stage in the world will always be an awful band, the music is the only thing that matters.”

What three items can Novatines never be without? 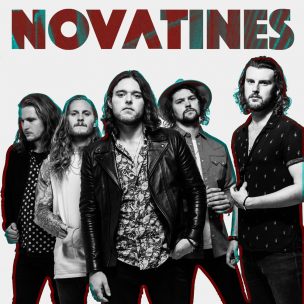 What’s up next for Novatines (i.e. recording, gigs, making the tea, etc.)?

“More writing and recording, and plenty of gigging! Water before milk whilst we are on the tea subject (Hear, hear, FLW).”

Look set to hear more of Novatines in the coming months. In the meantime, the band’s debut single ‘Medicine’ is available via Dirty 38 Records. Make sure you get yours!

...our music is open to interpretation, take your own meaning from it and you'll never be wrong."

If you like the sound of Novatines and their debut single ‘Medicine’, then other artists who’ve been around or still in existence creatively from the West Country are worth further investigation…
The Blue Aeroplanes, Massive Attack, Portishead, Scout Killers, Beth Gibbons, Strangelove, Mesh, Propellerheads, Tricky, The Pop Group, Santa Cruz, PJ Harvey to name but a small selection.

Call Of The Wild Freedom Music
Back To Top