With their current album providing more puzzles than answers, Trupa Trupa is one challenge worth persisting with.

There’s a deep honesty trawling through the veins of Polish indie outfit Trupa Trupa that communicates through their music, but also the finer details of the conversation the band held with Famous Last Words (FLW) recently.

Such a fine characteristic is present when listening to the band’s current album ‘Headache’ because there are moments during this long player that will not sit comfortably with some listeners, like the off-kilter approach of opening song ‘Snow’ or the cathartic, cold-turkey wailings of the album’s title track complete with distorted psychedelia, but it’s these confessionary moments coupled with a strong self-belief when it comes to their artistic creativity that reveal the inner sanctum of this four-piece band. 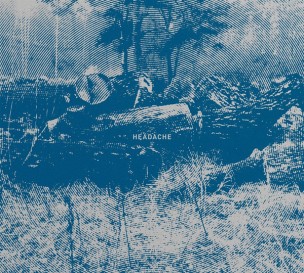 A brave move some may consider, but the honesty expressed throughout the above mentioned ‘Headache’ album is not so easily transparent during its first few impressions or, for that matter, during subsequent listening because some of the tracks presented here will continue to remain an enigma.

The latter observation extends to information surrounding Trupa Trupa because some digging was required in order to find out more about this indie band.

With three albums to their name, the band consisting of Grzegorz Kwiatkowski (guitar/ vocal),  Wojciech Juchniewicz (bass/vocal), Rafał Wojczal (keyboard/guitar), Tomek Pawluczuk (drums) have carved out a reputation on the European indie circuit for their audacious creative approach, but also for the drive and energy they exude on stage.

There are no Oasis sound-alikes here, forget that because this is indie music how it should sound (i.e. raw and uncompromising with moments of eccentricity, held together by bursts of sweet melodic passages of sound). In fact, think more of fragments of Sonic Youth, Slint, Spiritualized, Syd Barrett complete with obscure gothic references largely generated by use of the (church) organ that exerts much influence over this album, and you’re somewhere in the proximity of the sound Trupa Trupa is generating.

With a long list of notes scribbled in haste on the FLW notepad due to our enthusiasm for this band and their album ‘Headache’, compiling said list in to something more comprehensible was proving just as challenging as some of the songs on Trupa Trupa’s latest album. The reason for this is due to the conundrums ‘Headache’ keeps throwing up with each and every listen, where you think you have the answers only to be thrown another diversion that leads to yet more questions. 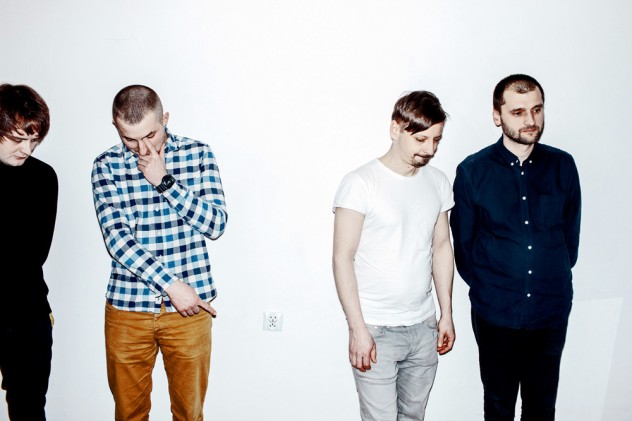 Despite the headache generated by Trupa Trupa’s puzzling narratives, it’s a headache worth carrying once these dark tales, along with their indie, post-punk roots daubed with psychedelia start to infiltrate your senses and open up your mind to the sounds on offer.  Any attempt to get to the bottom of these songs, however, proved equally frustrating as FLW experienced, once the questions had been trimmed to something manageable and put to Trupa Trupa one afternoon.

“We prefer not to reveal too many details about the meaning or the background of our songs, as we would like to leave the interpretation to the listener. Ideally, the listeners should decide about the meaning of the songs for themselves, without any hints from the band. I realise that this may be difficult, but let us try.”

With details about the lyrics to their songs remaining sketchy, with preference being given to the listener to arrive at their own conclusion, information regarding Trupa Trupa in general is also somewhat unclear. Therefore, in order to gain a few more details, where exactly did this all start for the band, and who do you regard as influences?

“We met about 6 years ago. It’s a completely ordinary situation. We are friends who play together. There is nothing special to it,” says the band honestly (see above, FLW). “Everyone in the band is different with different tastes, so it’s a mix of influences that comes from different music that we listen to, different views, etc. What is common for all of us is a rather pessimistic outlook on life.”

Bearing this in mind, how would you describe Trupa Trupa’s sound if you bring a variety of influences to it?

“I think it sounds like a regular guitar band with church organs in it,” replies vocalist Grzegorz Kwiatkowski.

There seems to be an association with indie music from the 80s and early 90s in terms of your sound, would you agree with this observation and why?

“It’s all a matter of taste,” reply Trupa Trupa before continuing, “and in this context anything may be true. We think that it sounds like a mix of music from the 60’s and recent Swans’ albums. Nevertheless, we respect personal opinions, it’s not for us to decide.”

With the album ‘Headache’ having been recorded at Dickie Dreams studio in Gdansk, Poland, at the beginning of 2015, with the build up to this process, and then finally recording taking about two years in total to complete, Trupa Trupa had no hesitation in admitting that, “The recording process was hard and stressful work, with too little time and too much stuff to record.” The outcome of this whole process for the ‘Headache’ sessions was eleven songs, but from the cover art to the often dark tone of the lyrics, there is suggestion that this album has derived from a rather melancholic state; something of which the band allude to without giving much away once more.

“Everyone in the band is responsible for the lyrics. We do everything together. It’s a mix of autobiographical stuff and observations. It’s rather pessimistic stuff, as the cover art and the album title suggests.”

As a band, therefore, do you see yourselves as outsiders in terms of the wider music scene?

“We are not outsiders,” comes the immediate reply. “We are pretty normal, and the atmosphere in relation to Trupa Trupa is really good. We’ve received very good reviews. Furthermore, there is a very good atmosphere around us when it comes to Poland. For example, we have performed at the best major festivals in Poland, and to very good audiences.”

Is your music about trying to change anything in particular?

“It’s a way of expression and, of course, it changes us because everything changes us all of the time.”

If you could have one thing right now, what would it be?

What has been one of the strangest experiences when recording or performing live in relation to Trupa Trupa? 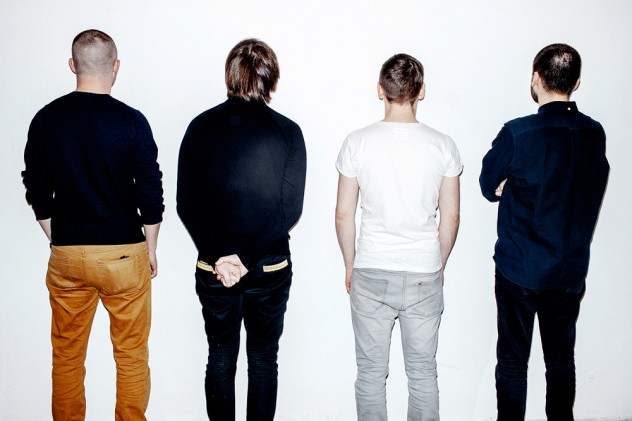 “We are a bunch of normal people, and I can’t recall any bizarre experiences related to the recording process or concerts. Just stress.”

What’s next in the life and times of Trupa Trupa?

“Composing songs for the new album, which we would like to publish in 2017.”

Finally, is there an overall philosophy that Trupa Trupa lives by?

“Rather pessimistic [at times], but we are also full of joy and life, so it’s kind of a mix of that. We would say – vitality and happy pessimism!”

Definitely an honest bunch of comrades, Trupa Trupa is a band worth filing under ‘special’ for this admission alone, but also for the fact that they produced a challenging and thoroughly engaging listen that was last year’s ‘Headache’.

We prefer not to reveal too many details about the meaning or the background of our songs, as we would like to leave the interpretation to the listener."

Trupa Trupa’s ‘Headache’ album was recorded in a synagogue and an abandoned marine machinery plant in Gdansk, Poland. It is the band’s third album after previous outputs  ‘++’ and ‘Trupa Trupa’ since forming as unit in 2009.

When confronted on the issue, lead vocalist Grzegorz Kwiatkowski admitted that, “I am also a poet, so I would write more,” if Trupa Trupa had never got together. Despite the full-time activities with Trupa Trupa, Grzegorz Kwiatkowski has found the time to write his poetry, with four books published in his name and made available to Polish, English and German markets.

Total Recall Raise The Alarm
Back To Top