Not afraid to experiment with different genres, Jordan Rome is an artist mapping out his own musical direction.

Growing up on the outskirts of America’s Midwest, Jordan Rome’s introduction to music was not the conventional route. With Hays, Kansas being his homestead, social and cultural aspects associated with music were far from being at the cutting-edge as news of any developing scenes were often telegraphed at a more leisurely pace. This meant that once Jordan Rome embroiled himself with music by studying at the independent school for singer-songwriters, the exact description of any one genre was not based on precision, more that his definition was widely open to interpretation by combining a number of styles and welding these into a coherent whole. 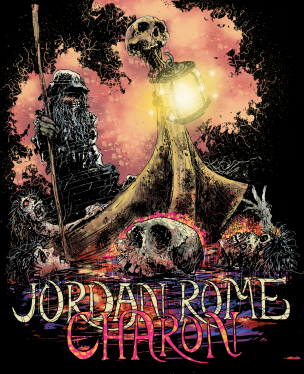 Likely to offend the purists therefore, but equally please followers of punk rock music, Jordan Rome has created a sound that borrows from a variety of genres including the likes of country & western, grunge, punk and other roots-based music. What the listener will experience therefore, is a variety of ideas filtered and then expertly stitched together. The result is one free of clutter despite blending several different genres and, in the main, a process that works for its songwriter and hopefully any intended audience. But, considering Jordan Rome’s openminded approach to song writing and strong self-belief, any concerns regarding his approach to music rightfully remain far from his thoughts as he asserts:  “I don’t put a lot of thought into how it will be received. If I see value in it, I did my best and then I’m satisfied.”

Such reflection on his music can be applied to recent single ‘Charon’ and forthcoming release ‘Till The End’ where the differences in styles is palpable. First mention, ‘Charon’ is an alternative rock and grunge-lite ditty but one spiked with an undercurrent of country & western. The latter song, ‘Till The End’, qualifying as “punk-a-billy” and likely something Joe Strummer (The Clash) may have been pursuing if his life had not been cut short.

Adopting the same opinion as Jordan Rome by identifying value in these two latest recordings, it was the difference in sound between the two tracks that really struck  a chord with Famous Last Words (FLW) and, therefore, revealing an artist with an abundance of creative ideas and no doubt a few tussles when attempting to iron out these disparate musical styles. 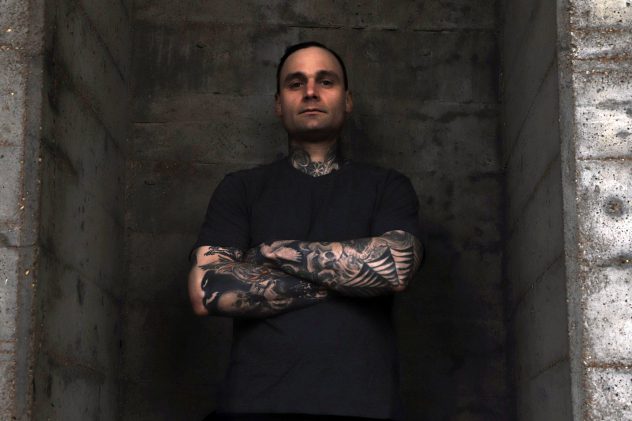 “Hmmm…100 percent balls and bluff,” begins Jordan Rome one afternoon over the internet to FLW when providing a definition to describe his eclectic sound and especially in relation to his recent recorded works. “’Till The End’ is probably my favourite song I have written. It is a different sound than anything I have done. I just wrote music that I felt best suited the way the song made me feel. It’s a honky stompin’ ride or die anthem. For example, [I was] thinking about people that are a part of my life, some not as big of a part as they once were. Along with the best of times, I would go through the worst with them any day because being without them is unthinkable.”

Considering your eclectic approach to song writing, which artists have you been inspired by?

“Bob Wills and the Texas Playboys, Jimmy Martin, Leadbelly, Broken Bones, Alex Story, Doyle, Prince. I have listened to these artists consistently since I was exposed to them. There are so many to mention, I could fill a page!”

Seeing as how FLW is new to the music of Jordan Rome, your song ‘Charon’ is again different by comparison with its grunge influence, and its intriguing title taken from Greek mythology. Therefore, can you please explain your overall thinking behind this recent single release?

“It does kinda have a grunge feel, it’s just luck,” Jordan replies. “I like it, and I feel like it works. I was on a weird Wheeler Walker Junior kick at the time I wrote this song. I wish I were joking. In terms of ideas behind the song, my brother died of cancer ten years ago. Since [then] I have been obsessed with the idea of what happens after you die. Not in negative way. How clueless we all are about something everyone will experience. All around the world people believe differently. I just think about it now. When it comes to the title, I have always enjoyed Greek mythology. I love the image of the Charon in his skiff.”

Such thoughts might be more prevalent now, considering we are all locked in the current COVID-19 crisis. Therefore, has the COVID-19 pandemic affected your life, and, in this instance, your music and song writing?

“I’ve been having a hard time focusing,” comes the reply from Jordan. “Subconsciously, it seems there are too many concerns lingering. I feel like my brain is mashed potatoes when I sit down to write. It’s forced me to slow down, made me realize how good I have it.”

What inspires you when you are not struggling to focus as far as the song writing goes?

“Loss, pain, frustration. I have always written poems and stories to manage my thoughts. I usually end up writing more to get myself through something that’s hard for me to deal with. Musically, I just try to write something to help convey what I’m feeling.”

Has there been any other factors which have hindered your song writing?

“My voice is always a major problem,” admits Jordan. “I’m a welder fabricator. I spend all day eating [and] smoking in dirty conditions [and] match that with not being the strongest singer is a recipe for me to melt down.”

If much reflection is what’s happening for Jordan Rome right now, does he ever think about those earlier years when starting out as a musician considering his location is described by his press bio’ as “…removed from any sense of social or music scene”?

“The best part of living in the middle of Kansas was I’m basically 4.5 hours away from Denver, Omaha, Kansas City, Oklahoma City,” begins Jordan. “In the 90s, we would go to shows in all these places, and it was awesome. We would meet a ton of people, see all types of bands and kinda take it all in. I felt like I was exposed to way more than the other kids my age who just experienced music in their city. The Descendants or the English Dogs never played in our town, if they were playing within a five hour drive we would load up and go. There was an older guy named Levi who had gigs at his house or other spaces he could rent, he got some great regional bands to come through, so it wasn’t dead in Hays, Kansas, it was just its own weird thing, and still is. I think being in a rural place has let me feel like I don’t have to fit in with anything that is going on. I feel like I can write and do whatever I want, and no one expects anything from me. I probably don’t know what I’m talking about.” 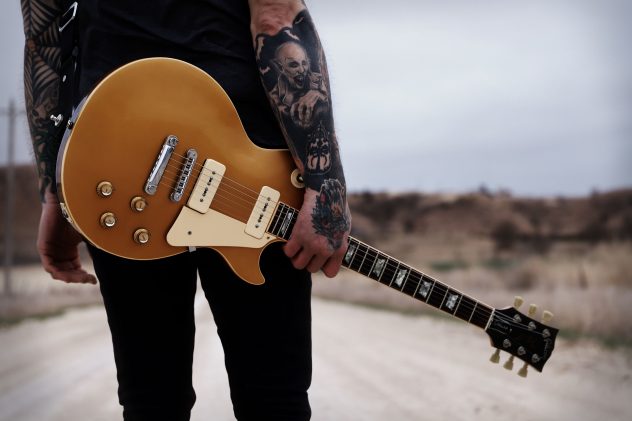 Jordan Rome is an artist who definitely knows what he’s talking about because despite his initial contact with music far from being accessible in terms of his own front door, the means to travel and experience first-hand the bands he fell in love with were merely hours away and thus the music educational process had started, proving invaluable in terms of where this singer-songwriter now finds himself. So, with history in mind, what’s Jordan Rome’s most memorable experience since kickstarting his life as a musician?

“The 2018 album release show for my other project Action Boys, which is my project that I record and perform more aggressive material that I write. There were 250 people crammed into a small basement, all my closest friends came to town. Everyone in the place went nuts, people in the ceiling [and] people rolling across stage. Perfect show. Whenever anyone is excited to talk to me or recognizes me through music seems strange. These instances are few and far between. I’m always excited to meet people and make new friends, so it’s the best.”

The single ‘Charon’ is available now on all digital formats.  Follow-up, ‘Till The End’ is released  May 29th 2020 also digitally.

I’ve been having a hard time focusing. Subconsciously, it seems there are too many concerns lingering. I feel like my brain is mashed potatoes when I sit down to write. It’s forced me to slow down, made me realize how good I have it.”

In his own words, Jordan Rome explains how he became involved with music and the bands which inspired him and continue to do so.

“Skateboarding,” is the immediate reply regarding one influence which led to Jordan Rome’s introduction to music. “I’d read Thrasher magazine and see ads for bands like Negative Approach, Misfits and so on. That is where I was first exposed to something I felt. The first time I heard the song “All Hell Breaks Loose” by the Misfits I felt like I was going to tear out of my skin with energy. I started learning a ton of songs in that vein. All I wanted to do was play shows, put a band together and start writing.”

Safe Hands A Finely Balanced Act
Back To Top