Call Of The Wild

This is a call. TONTO is waking up the local residents of Ibiza with their roots inspired rock ‘n’ roll.

Waking to a warm and sunny climate day in, day out is the very definition of heaven for most people, and enough to pacify the most hardened of souls. Not, however, for those responsible for the primitive beats stemming from an island notorious for numerous wild festivities of the music kind and situated off the east coast of Spain because it is there you will find four rock ‘n’ roll countrymen who go by the name of TONTO.

Spawning from old friendships, side projects and former bands (most notably The Frigolos), TONTO is the brainchild of band members Angel Cobo, Angel Calvo, P.J. González and Rob Davidson. The foursome decided to kick-start this brand new project after numerous discussions, trial runs via a 50s inspired covers band (see below) and a shared passion for all things rock ‘n’ roll.

With a couple of singles already to their name and various live dates performing to packed audiences successfully completed, TONTO has made serious inroads with their wild yet more than coherent rockin’ sounds, which have managed to capture the imagination of many of the local populace. 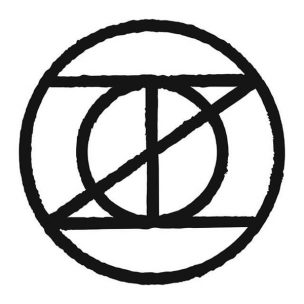 As word of this particular call of the wild begins to spread outside of their native Spain, TONTO caught the attention of Famous Last Words (FLW) once their first single’ Aaooo’ filtered its way into our office via an MP3 from the band’s drummer and extremely affable fella P.J. González. To our ears ‘Aaooo’ is the sound of a band hell-bent on making a serious statement via their music, but one also laced with a subtle humour to suggest that there is fun to be had here as well.

By taking the bait (well it was far too tempting) of the first sound statement from the Spanish quartet TONTO via the rather addictive ‘Aaooo’, Famous Last Words (FLW) decided to compile a set of questions that were hastily despatched via one of the local pigeons outside to the aforementioned warmer shores of the east coast of Spain in order to ascertain more details of this rockin’ combo because apart from the two singles issued to date (‘Brand New Car’ being the sophomore effort), there really isn’t much else to go on concerning details of the band. So without further delay, FLW is proud to present in TONTO’s very own words the reasons for their existence and the rockin’ musical sounds they’re currently selling. Over to you TONTO!

How did TONTO assemble, and where did this start for the band?

“Last summer Angel Cobo and Angel Calvo decided to move from Madrid to Ibiza to perform with their 50’s rock ‘n’ roll cover band. They needed a drummer and P.J. González accepted their proposal. Soon they realized that there was a lot of potential to set up another band for playing original songs, and that Rob Davidson should be the fourth member. Of course he accepted.”

What were the first ideas for the band once TONTO was up and running as a full-time unit?

“First thing was to compose and rehearse the set [of songs] and be ready for the presentation at Can Jordi, which is the best rock ‘n’ roll venue on Ibiza. We also started recording at our studio in order to have an album ready as soon as possible, and also to film a video clip for the first single ‘Aaooo’.”

Looking at your past, two of TONTO’s band members used to be in The Frigolos. What happened to The Frigolos as FLW understands that the band had recorded a second album?

“It just ended. There were enough important differences in both creative and personal aspects. The second album was recorded but not even mixed.”

How would you describe TONTO’s sound, and what type of band do you consider TONTO to be?

“We describe it as rock ‘n’ roll-punk-mex-soul as there is lots of influences in our music. But we don’t want to put limits on our creativity, so anything can happen in our songs.”

Who do you consider as influences in terms of TONTO’s music?

“From Screaming Jay Hawkins to Daniel Lanois and everything in between!” 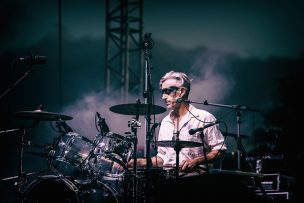 What can you tell FLW about your first single ‘Aaooo’ and second single ‘Brand New Car’?

“Both songs are written by Rob Davidson and will be included on our first album.”

When and where were the singles ‘Aaooo” and ‘Brand New Car’ recorded, and how long did the whole recording process take?

“The recordings started in June [this year]. We wanted to have a couple of songs ready for listening while we keep on working on the album. We do it by ourselves in P.J.’s studio, with him as producer and we hope to have all the songs ready for later this year.”

Who came up with the name for the band and what are you trying to suggest here?

“It came in a conversation during the rehearsals. Someone proposed it and we all liked it. It all started by the name of Lone Ranger’s native American companion, but later we discovered that this is the name of an Apache Tribe. We feel close to Native American’s cosmogony.” 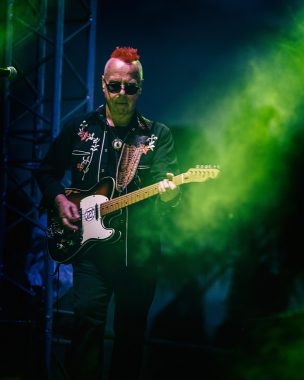 Are there plans for another single before the official album release?

“We will present our first album later this year as mentioned, but there will be no more singles before then.”

Who is responsible for the wonderful black and white photography of TONTO?

“Our photographer is Joan Ribas who is from Ibiza. He is one of the best photographers on the island, and is really easy and comfortable to work with.”

If you could go out on the road right now and serve as a support band for another artist, then who would that other band be and why?

“TONTO’s show and energy on stage is very strong, so it’s not easy to think about being a support band. However, if we have to name someone, then we would say, for example, Radiohead.”

Name three items TONTO can never be without? 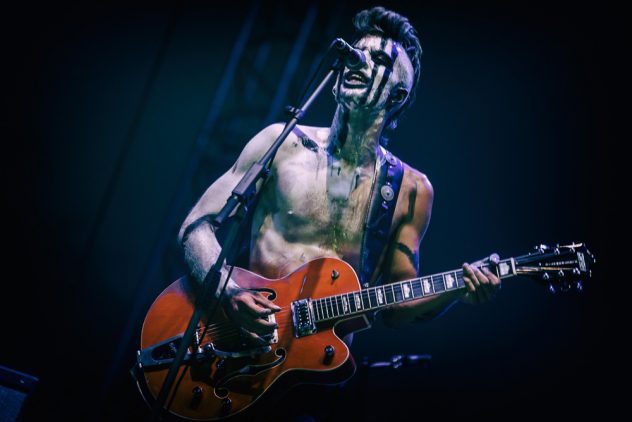 What’s next for TONTO?

“We are working hard composing songs and recording for our first album. Furthermore, we’ve recently played at some very interesting concerts at the Estiu Jove Festival on Ibiza and we also played at Back to School Festival, which is also situated on the island of Ibiza.”

Do you have any final words of the day for FLW before the next chapter in your musical career?

“We invite you all to discover our music. TONTO, you would be crazy not to!”

Famous last words indeed from the Spanish quartet because you would be foolish not to take up this proposal of discovering the wild and primitive rhythms of the one and only TONTO. Watch this space as they’re calling for you!

The singles ‘Aaooo’ and ‘Brand New Car’ are out now. Expect to see TONTO’s debut album before the end of 2017.

If you’re looking for an exact definition of the sounds TONTO make, then it’s probably best to let the band say it themselves in their own words.

“Power, energy, excitement, great songs and the right musicians to make it all work. Ladies and gentleman, we give you…TONTO!
This is a band that has worked hard to achieve their own particular sound and approach to the music they make. It would be difficult to put them in any category but rock and roll, punk, mex and soul is pretty close!”

Fresh Starts A Potent Elixir
Back To Top