Issued under a muted fanfare, album number two by alternative-rockers Seed Husk is now gaining traction thanks to word of mouth.

Under normal circumstances the name Seed Husk and their sophomore album ‘Triangle’ would have received wider press coverage than it has to date. With ongoing restrictions as a result of the pandemic hampering the progress of an “official” release with all the trimmings, word of mouth from those with a keen interest of the underground music circuit has certainly given wings to Seed Husk’s new record.

Given it has been over five years since their eponymously titled debut long player, the five-piece alternative-rock outfit has been busy threading together the pieces and overcoming numerous hurdles during the past year in order to complete the new record, thus showing great resolve and a willingness to change their shape creatively. 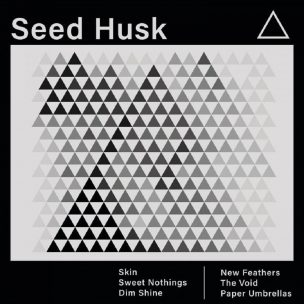 With ‘Triangle’ suggestive of being a close associate of Joy Division and Radiohead from its cover art to its contents revealing similar interests of a post-punk sound, it was the debut single, ‘Sweet Nothings’, which alerted Famous Last Word’s attention to signs of a fresh creative outlook at Seed Husk’s HQ. Closer inspection of this new song entry at the time, revealed the band’s traits for building intricate layers, but it was the nagging, tweeting guitar segments housed between more rugged terrain of anxious vocals and guitars which really caught the attention. In addition, the accompanying music video directed by Nora Niemispelto was the perfect accompaniment with its fairy-tale-esque visuals adding to the “Is this really happening?” narrative of infidelity at the heart of the song. 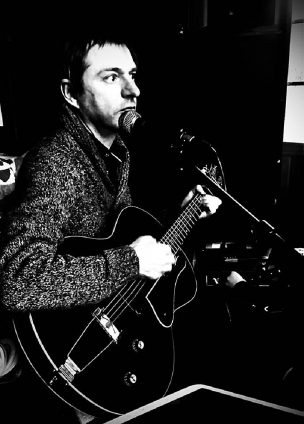 Considering a lack of any real information regarding Seed Husk’s latest album due to the continuing frustrations of Covid-19, there was only one thing left to do, and that was to send word to the band to hopefully establish what exactly happened from first base (debut album), to second base (‘Triangle’) given the lengthy gap in between.

“What happened between these two albums was basically life,” begins lead vocalist Panu. “We did play a few gigs here in Finland after releasing the debut album, but during these five plus years, we have been going through quite big changes in our personal lives. People have moved to other cities, some of us have kids, someone has got divorced, someone is struggling with health issues, two of my dear friends have passed away, you know, all sorts of things involving joy and sorrow. Seed Husk is especially important to all of us, but it is not the most important thing to anyone involved. However, at some point we started writing new songs and rehearsing, which eventually resulted in our new album.”

What do Seed Husk remember about the whole writing and recording process for the current album ‘Triangle’?

“’Triangle’ was recorded in two parts during 2019,” continues Panu. “The first three songs were recorded during a session at Tuomas Kokko’s Electric Fox Studio, which is the same place as where the debut album was recorded. The second session was recorded at Tom Brooks’ Tonehaven. Tom also mixed the whole album at the same studio. Working in the studio has always been quite easy for us, we usually know what we want and how to get it. In these sessions we had, for the first time, a producer (Wille Naukkarinen) to work with us, and I think the recording was even easier and quite relaxed. If there was arguing going on, Wille was a good referee, and he was the one with the last word. In this band we have got five strong personalities with five different opinions to almost everything, so sometimes sparks really fly, but I think it’s part of the process.” 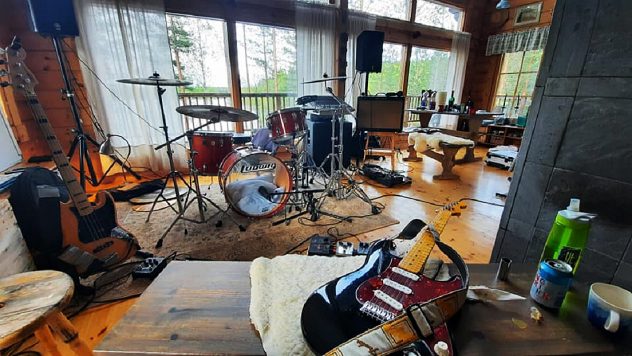 The ideas for the cover art for ‘Triangle’ seem fitting of the unprecedented times many of us are experiencing at the moment. Therefore, what were your thoughts here?

“The idea of minimalistic cover art depicts the development of the band and beginning of a new era,” explains Vellu (guitars). “The first album was more complex, and the pieces were built from several parts. ‘Triangle’ was going in the same direction, but thanks to producer Wille Naukkarinen, the album became clearer. Seed Husk evolved during the making of the record and gave birth to the idea of minimalistic cover art. The cover of the album is a work of art that combines a basic form and thoughtful composition.”

Are there any songs emerging as favourites from the current album?

“Sure, we all have our favourite songs on this album,” says Mikko (guitars) before adding, “but our second album is much tighter as a whole, so I think it’s hard to pick a clear “hit song”. ‘Sweet Nothings’ was already recorded for the first album, but it was shelved because that version didn’t work out as desired. So, this song may be one of the record’s angle points in this way, and of course it’s a hell of a song! But also ‘Dim Shine’ and ‘The Void’ are both emotionally strong songs.”

Can you provide any details in terms of how Seed Husk approaches its song writing?

“We always make the songs first, and then our lyricist writes the lyrics based on the mood and energy of the song,” Mikko explains. “In these cases, the pieces clicked together rather well considering that we were all going through some challenges in our lives at the time, but we were able to channel those feelings too. I would suggest that these songs are quite possibly our darkest so far.”

Given your comments regarding the tracks ‘Dim Shine’ and ‘The Void’, can you provide some more details? 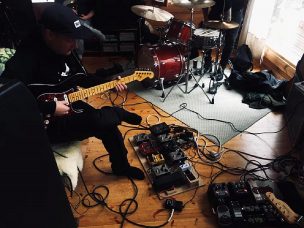 “’Dim Shine’ is about sorrow and the pain of having to surrender to the never-ending cycle of life, but also the beauty of it,” replies Mikko. “‘The Void’ talks about a struggle between light and dark, the past and the future. Sometimes total destruction is the only way to set oneself free and move forward.”

Have such ideas affected the band during these past few years in terms of how you work together?

“As a band we have grown much tighter during recent years,” Mikko answers. “Whereas before, each song was usually made by one member of the band. Nowadays, we are more open to each other’s visions and collaborate more in the process. This has certainly given more depth and nuances to all of the songs. And because of this, I am sure our third album will be even tighter in both content and playing.”

Finally, do you believe that Seed Husk has achieved anything positive considering the restraints of the ongoing pandemic?

“Actually, we have more new material for the next record than we have ever had. The most challenging thing is to find enough time to work together, but we are trying to learn new ways to work. So, the next thing for us is to write more songs and then, at some point, begin recording a new album,” finishes Panu enthusiastically. 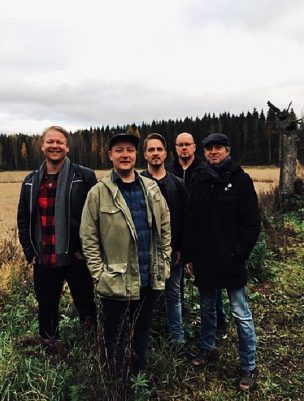 With rules and regulations surrounding the current pandemic changing on a weekly basis, it is only hoped that Seed Husk find the time to put their creative thoughts together and establish new patterns for working very soon because the prospect of, yet another new album is extremely exciting news indeed. For the meantime, the current long player ‘Triangle’ is quite possibly heading for cult status given its low-profile release and now gaining momentum based on new listeners discovering it for the first time. ‘Triangle’ certainly warrants further investigation considering its flexible approach to change and production under difficult circumstances, which in hindsight appears to have aided any positives rather than fuelling any negativity. Changing shape indeed, Seed Husk continue to grow in the best possible way.

As a band we have grown much tighter during recent years. Whereas before, each song was usually made by one member of the band. Nowadays, we are more open to each other's visions and collaborate more in the process."

An excerpt of our review of Seed Husk’s debut album which landed a Top Ten place in our End of Year poll that year.

Seed Husk is an indie-rock five-piece hailing from Finland, with an eponymously titled debut album released via the joint coupling of Inverse Records and Secret Entertainment. The material making up this debut album is definitely melodic guitar-based rock with nods of affection towards 90s era grunge and alternative rock. Such references are fully understood considering the wealth of experience at the centre of Seed Husk, as the band members have performed in various different bands prior to this latest project…Where Seed Husk truly excel is their application of detail to each and every song, where considerable layers are added that steer these songs along different avenues, before getting back on track to reach their final destinations. It’s an impressive collection of songs and it goes by the name ‘Seed Husk’.