Coming Out Of The Wilderness

Two ex-farmhands turn their attention to music and produce something golden.

Alfred Hall is quite a remarkable story due to the manner in which the duo of Bjørn Tveit and Hans Thomas Kiær got together, but also for having no historical lineage in terms of musicianship or being connected to any particular scene. Such revelations during a discussion on the fringes of the heart of Oslo come as a surprise considering the band’s brief gestation period writing and recording the songs that make up debut album ‘Wilderness’. So where exactly did this fascinating journey to date begin for the boys from the wilderness?

“We started writing during the summer in 2009 when Hans [Thomas Kiær] worked on a farm in Drammen, which is half an hour outside of Oslo,” says lead vocalist Bjørn Tveit. “He needed someone to work with him at the farm doing all kinds of work, so we worked together that summer. Previously, I had only made some cover songs in a garage band using a Mac. We thought that we should upgrade, so we bought some microphones and guitars and tried to make some songs.”

A wise choice indeed as this upgrade resulted in the shimmering dream pop of ‘Wilderness’ that brings to mind the likes of more recent artists Empire of the Sun and MGMT, as well as the hushed tones and sparseness of 80s bands The Blue Nile and It’s Immaterial, with elements of the Pet Shop Boys subtler moments thrown in for good measure. 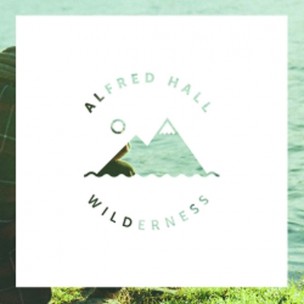 “Maybe our use of keyboards is kind of Pet Shop Boys, but I don’t really know any Pet Shop Boys’ songs apart from ‘Go West’, and I love that song!” replies Bjørn considering the Tennant and Lowe reference. “I would describe our sound as airy, melodic pop. We’d been listening to MGMT and Empire of the Sun during that summer, and I think we just wanted to make a super hit like ‘Electric Feel’ or ‘We Are The People’ but not that good though!” he laughs modestly. “I like a lot of 80s music, but I think most of the bands [currently] kind of have that 80s feeling. In turn, we get influenced by it as well.”

Alfred Hall certainly understand the dynamics of crafting a catchy pop song as their album has its fair share of them with current FLW favourite ‘Safe & Sound’ leading the stakes with its infectious rhythm and accompanying whistle that simply baits the ears of the listener to return time and time again. However, despite such infectious melodies flowing throughout ‘Wilderness’, the actual writing and recording process was not as effortless as sometimes perceived, due to the band’s quick ascension in grabbing the nation’s attention, as certain pressures began to weigh heavy on the boys from Drammen.

“We had a date whereby we had to finish by December,” recalls Bjørn exhaling in an exaggeratory fashion at the memory of this. “We had three songs that were half finished, so it was some late nights and recording during the days and writing some songs and finishing up back in the studio.”

With such tight time constraints, were you happy with the end result in terms of your debut album?

“We’re pretty much happy,” is the immediate response, “but of course if we’d had five more months maybe we could have made a couple more songs and taken the ones [out] we don’t like as much. When you have a time pressure, some of the songs can sound a bit the same,” finishes Bjørn.

“But if you have too much time then you can overdo things as well,” replies Hans.

“Yeah, but we definitely could’ve done with some more choices for it though, as almost all the songs we’ve ever written are on the CD,” says Bjørn to his fellow cohort.

“Yeah, as there is only one song that we left out as we didn’t have time to finish it.” 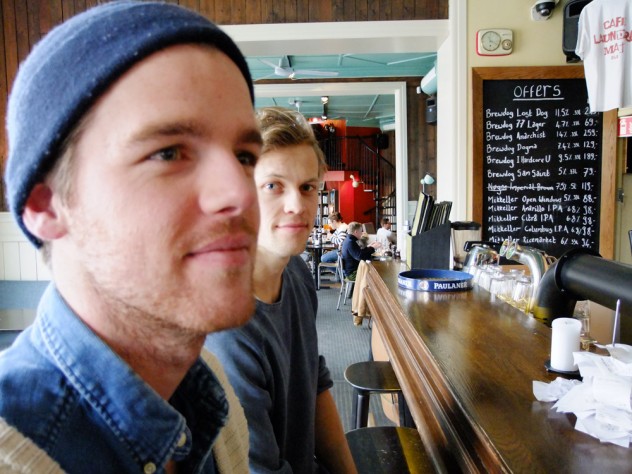 With the knowing pressure the duo were under to formulate the songs spanning the length of ‘Wilderness’, the story to date regarding the band’s current status is remarkable also because both members had the added duress of university studies to contend with as well. Therefore, it remains to be seen how the recordings Alfred Hall summoned up to become the album it is today considering the added pressure of this dual workload.

“We went to the studio in Bergen and recorded a couple of songs before taking a break and then recording a couple more songs,” explains Bjørn regarding the recording process. “The first song we made is the last song on the record called ‘No Need To Go’. It has a more relaxed feel to it than the rest, so I think we tried that bit first. The second song, ‘So Bright’ has more of an organic feel in terms of the drums and guitars and I think we both liked that sound better. So we based our sound more on the second song. If you listen to the record, you can hear that as ‘No Need To Go’ is different from the rest and that was our first attempt in terms of songwriting.”

Don’t be fooled by the slightly modest response concerning ‘No Need To Go’ with its slightly brooding qualities and irresistible opening beat before climaxing in a gently lifting chorus that simply crawls under the skin. There is no getting away from it, Alfred Hall have created a solid and sweetly addictive body of work that reveals small subtleties of sound that tug at the senses long after the sun has gone down. Whether the duo can maintain and develop on the quality shown remains to be seen because at present Alfred Hall is functioning between two roles of part time and full time as summed up by Hans.

“It is full time and part time!” he says jokingly.

“I think both of us want to it to be full time, but we need a bump to make that happen as there is not much money [in this]. So you have to study in order to have that security for later if it fails,” adds Bjørn. “If this takes off, we can always take a leave from our studies and get back to it later. As far as it goes, I think both of us want to keep studying as well.”

Despite wise words stemming from the mouth of Alfred Hall, FLW adopts a selfish attitude here by shouting “Bin the studies!” due to wanting more of these wonderfully addictive ditties flowing through our musical-loving veins! Such hopes may materialise, however, as the pair plan to take a trip stateside to perform at this year’s Musexpo.

“We are going to LA in May to perform at Musexpo, which is the equivalent to Bylarm here in Norway,” comments Hans. “So that’s the dream to sign [a deal] in the US.”

So, this time next year you could both be living the dream in LA?

“Yeah, surfing, and not just writing about surfing!” retorts Bjørn in reference to Alfred Hall’s ‘surfs up’ number, ‘Foreign Coast’.

Bearing this in mind, the changes currently underway in the lives of Alfred Hall must be taking on a dreamlike quality not too dissimilar from their music and something their student peers have surely noted, especially if your appearing on the likes of NRK’s Lindmo?

“The average age group for Lindmo is probably from 40 to 70 years old, so nobody at my university knew that I had been on TV!” laughs Bjørn.

FLW predicts that any comments regarding the qualities of ‘Wilderness’ have been more than complimentary from Alfred Hall’s academic peers?

Yeah, and that’s cool! They like it, so they tell me. They wouldn’t tell me if they didn’t like it!” concludes Bjørn laughing nervously.

‘Wilderness’ is out now on Sony Music Norway and a review of this album can be found in the Reviews section of Famous Last Words.

Maybe our use of keyboards is kind of Pet Shop Boys, but I don't really know any Pet Shop Boys' songs apart from 'Go West', and I love that song!"

A few choice details about the life and times of Alfred Hall in relation to the band’s first album, ‘Wilderness’ nicely explained by Bjørn Tveit.

“‘Foreign Coast’ is about surfing. It’s not about any particular place but it’s just a particular feeling I get [when surfing]. I actually suck at surfing! But I get a great kick out of it, so just the feeling I get when I’m out on the board for a potential wave to get smashed by! With all the surfing, it’s beautiful in Norway and you see the mountains and all that stuff, so it’s really inspiring.”

“That was a hard song to finish as it was one of our last ones to be recorded. The day before it was going to be finished [album] I wrote the melody for the chorus. I watched the movie ‘In To The Wild’ which inspired me to write the song. I’m not going to say it’s about ‘In To The Wild’ but getting away from the city and all that stuff, then yeah.”

The simplicity of the quite sublime ‘Safe & Sound’

“I imagined a beautiful day in the woods with the sun coming through and all my friends are there and bathing in the lake. So that’s what I imagined and nothing more really.”

And for those requiring a bit of trivia…

“The farm where we were working is a pretty old farm,” he explains, “where they had servants and other such people from before. There used to be this stable boy there called Alfred who used to play in these big rooms well, halls, so [hence] Alfred Hall.”

That Sinking Feeling… Damn Fine Coffee!
Back To Top