Entering the fray after an absence from the music scene, Sweden’s FATBOY return with a fresh single and record deal.

There is a rather unique band stemming from Sweden who happen to straddle several musical genres, and somehow manage to make all those different components tick to their own tune. The band under scrutiny is FATBOY, who’ve been hanging out for a considerable number of years plying their trade between the borders of indie, rock ‘n’ roll, and rockabilly clubs in their native land, and throughout Europe.

Applying a label to such a band makes for a challenging task, but certainly an interesting one. For those with an open mind, then FATBOY is the kind of unit that will sit comfortably with the rest of the broad church of records stationed at home, but for those less willing to bend the “rules”, then it is likely that this five-piece band will be at odds with such a record collection if you remain an aficionado of one genre only. 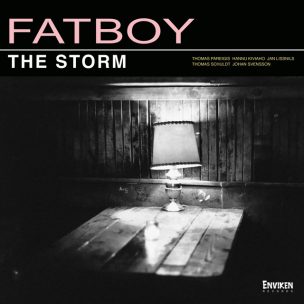 With many years established on the rockin’ scene, the reappearance of FATBOY is to be welcomed as they mark their return with brand-new single ‘The Storm’, which makes for a stonking comeback and chalks up their first release with Enviken Records. Closer inspection of ‘The Storm’, reveals a song that wrings out the finer qualities of both Chris Isaak and Roy Orbison and is a taster of what’s to come next year. In the meantime, what can FATBOY tell Famous Last Words (FLW) about their latest release, and what were the ideas and inspirations behind this comeback single?

Pegge: “The Storm was written during the end of the pandemic and reflects the fact that we got out alive only to find ourselves at war in Europe…in 2022!”

Hannu: “It [‘The Storm’] was recorded live in two days at Enviken Records by Patrik Staffansson [Head Honcho @ Enviken] on analogue tape, and yes, there´s some overdubs. We like to spice it up when we are in the studio! The song should be as good as it can possibly get, with all means, and this included live strings, [a] Men’s Choir, and so on. We are no puritans, we set the song up like a live band, and if the song needed more, we put that in as well. ‘The Storm’ was produced by Patrik [Staffansson] and FATBOY. When it comes to song writing, the songs come out by themselves, or sometimes you must drag them out! This one [‘The Storm’] came by itself. In terms of inspiration, this is constant or not at all. Referring to influences, then this includes the music we have inhaled all our lives since we were kids including 50s, 60s, 70s, 80s, some 90s, and music in the present.”

As for many of us, the pandemic has certainly taken its toll and therefore referring to Pegge’s earlier comment regarding the pandemic and conception of ‘The Storm’, have the past couple of years been a challenge for FATBOY? 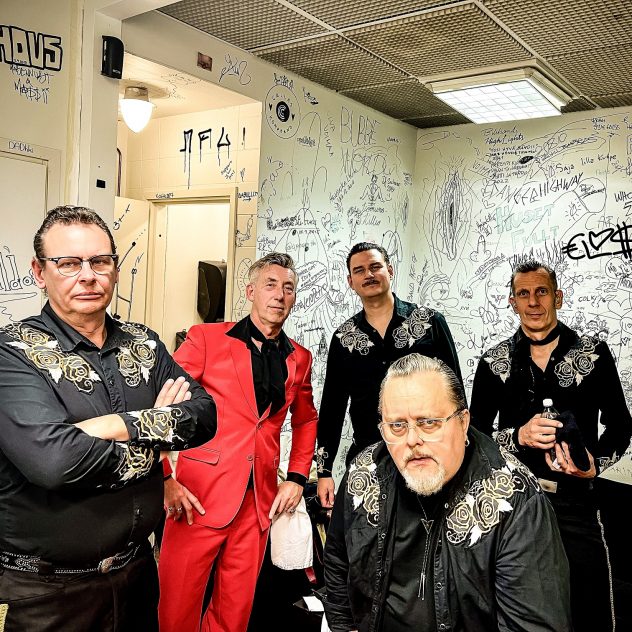 Hannu: “The Pandemic was devastating for us. At first, I was scared shitless since I have a heart condition. It was hard to just stay alive, it certainly felt so then. When it came to FATBOY, primarily we are a live band, and when you realize that you can´t play in front of an audience, I lost my identity. Streaming is not for us either [Live streams to fans during the pandemic]. We tried to record stuff at home and send files to each other, but that failed too. There was a positive at the end of the pandemic however, because we recruited a new drummer with Johan Svensson, who is known from Domestic Bumblebees.”

One creative force that certainly works for FATBOY is their ability to absorb a variety of musical influences and produce a sound that is distinctly their own. Reading from their press bio’, FATBOY has many interesting influences including indie band The Smiths, solo artist Tom Waits, and punk/psychobilly of The Cramps. Therefore, how do FATBOY combine such eclectic influences with the more traditional rockabilly and rock ‘n’ roll references they are normally associated with?

Hannu: “It does seem hard to combine all of these, but it works great! We love rock ‘n’ roll, and we love music! It´s like food, and I am a real foodie. I love the classics, but always keen to find new flavours to combine. Puritans of any kind seem to get really boring after a while because nothing new ever happens (Amen to that, FLW)!”

That said, how would FATBOY describe its sound?

Hannu: “Hard swinging rock’n’roll in minor chords. It´s always extremely hard to describe your own music, it just happens. Maybe someone could explain our sound to me?”

You may have to wait a while because it’s a tricky question to answer! But how is FATBOY’s music perceived in Sweden because you are not traditionally rockabilly or rock ‘n’ roll because there is so much more to your sound than those two genres?

Hannu: “We have been perceived very well. For example, we play regular rock clubs, concert halls, etc, and at more traditional rockabilly festivals just because we are FATBOY and that we’ve got our own unique sound. Finland understood what we do from day one; rock’n’roll never went out of style in that country. They really appreciated and understood the blend of styles that we provide. Sweden was more about building up [a reputation] but are now our biggest fanbase.”

With the recent release of the single ‘The Storm’, it has been a while since we last heard from FATBOY. But here the band are and with news of joining Enviken Records! Therefore, can you tell FLW how this record deal came about, and what your reasons were for joining the record label?

Hannu: “There was a plan to release our first album at Enviken Records in 2003, but the moon was not in the right position back then. Now, 20 years later, we thought it was time to make it happen. FATBOY & Enviken Records = True.”

Considering the new residence with Enviken, are there plans for a new album?

Hannu: “We have recorded four songs for an EP. Maybe this will come out first, and on vinyl. Then an album. Our fans still want albums, but it seems that albums nowadays aren’t that important. We’ve got a bunch of songs, and more in the making. Usually, we write approximately twenty songs, and then we pick the 10 or 12 best ones.”

The majority of artwork for FATBOY releases has been consistently good and maintained a certain style throughout. Therefore, what were the reasons for this, and who is responsible for the artwork and ideas?

Hannu: “I worked one year with the doodling of an album cover for our first album at home, styles, photos, fonts, and finally it emerged, ‘STEELHEARTED’. We decided right away that we should keep the graphic style for all our records, and just change the pics, colours, and text. Me and Pegge have remarkably similar taste when it comes to what style fits us or not. We find pics and discuss them and so on. Also, Pegge found an interesting photographer from California, Lauren Deardorff. Her selfie is on the front cover of our album ‘In My Bones’. Furthermore, Lauren also took the photo for ‘The Storm’ at a bar in Sacramento. It captured the tension of that feeling that something bad had happened or is about to happen in some David Lynch-spirited way (Me and Pegge are big David Lynch fans).” 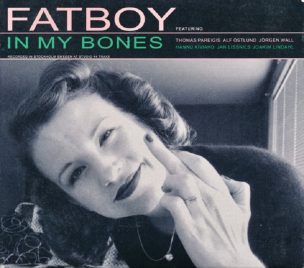 When it comes to song lyrics, who is responsible for the words?

Pegge: “Song writing in FATBOY’s case starts with me and Hannu fooling around with ideas on guitars and recording demos with lyrics sounding close to a hedgehog in the fog’s idea of English! Then the lyrics are transformed into a more human touch, dealing with personal stuff as well as fictional stories.”

Any last words of the day?

Hannu: “Nice talking to you! Be human.”

Latest single ‘The Storm’ is available now via Enviken Records and all good streaming platforms.

Finland understood what we do from day one; rock’n’roll never went out of style in that country. They really appreciated and understood the blend of styles that we provide. Sweden was more about building up [a reputation] but are now our biggest fanbase.”

A band with much experience and history behind them is what you will find with Sweden’s FATBOY. Having released a number of records during their time together, then the following list of album releases is worth further investigation in light of FATBOY’s latest single release ‘The Storm’. And yes, VERY David Lynch on occasions in both music and artwork they most certainly are!

Underground Boogie
Back To Top