Out of the shadows and into the light, Shadowgraphs faceup to a changing world with a different outlook.

Fresh hope for indie band Shadowgraphs. In light of the recent pandemic and subsequent lockdown periods, Portland, Oregon four-piece Shadowgraphs return to the fray with a new album of the same name and a fresh record deal with Royal Oakie Records.

Reasons for optimism therefore, given the hardship of recent times, Shadowgraphs’ third album, after ‘Venomous Blossoms’ (2017) and ‘Another Time’ (2018), is equally enthusiastic in its experimentation with a plethora of sounds drawing on influences of psychedelic pop and alternative rock, in addition to shoegaze, post-punk and dream pop, with bands such as Spacemen3, Sugar Candy Mountain, The Crowleys, Papercuts, and Spiritualized all coming to mind.

A new album for a “changed world” according to the band’s press release, and a fitting description given the beautiful ethereal melodies coexisting with much electronic and guitar experimentation and sealed in with direct pop moments as excellent ‘So Close’, equally thrilling ‘Dog Dreams’, and recent single ‘Jet Black’ for example. Moreover, to become embroiled in such a body of work in the present is the perfect tonic to ease troubled brows and a chance to forget recent woes given that the album manages to touch many nerves and, in part, supports Shadowgraphs’ explanation, “We got to touch every frequency…” when making the album. 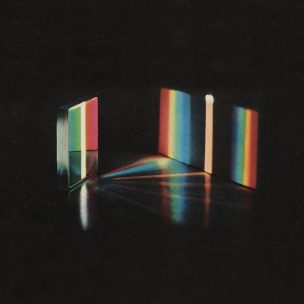 Given the impending release of Shadowgraphs’ eponymously titled third LP on UK and European shores (the album received its debut release in America last month), Famous Last Words (FLW) looked to Shadowgraphs to provide their memories of writing and recording their latest creation, in addition to working through the troubled waters of a pandemic and whether this weighed heavy or, retrospectively, proved to be an industrious period for the band.

Shadowgraphs (SG): “Most of the record was recorded in Bay City, Oregon, at a cabin on the coast. The whole record was then mixed with overdubs and more tracking sessions in Portland, at our home analogue studio Magnetic Impressions. The entire process was about a two-year long stint for us. So, during the pandemic, when most of us were furloughed, we decided to get away from town, social media, everyday stressors, and build a temporary studio at a cabin on the Oregon coast to record. We were there for a week and were working on two songs a day, in addition to late-night jams when trying to produce new ideas.”

How did Shadowgraphs manage the whole pandemic and subsequent lockdowns, and what impact did all of this have in terms of your creativity in relation to the new album?

SG: “At the beginning, it played out nicely because we had decided to take a break from live shows to focus on recording the next record; this was about a month before the lockdown. After a couple of months though, we realized, along with everybody else, that this was going to be a multiple yearlong thing, so we just kept writing and recording to stay busy and sane. From our band, Bryan Olson and Wils Glade dived quite far down the rabbit hole with audio electronics too. We ended up building a 1960’s OpAmp Labs console from scratch that we mixed the whole record on. It was a huge project, but we learned so much that it has allowed us to understand other electronic projects that we have taken on. When assembling the EQ section, we quite literally got to touch all the frequencies on this record, even Tyler [Olson] helped on one of the channels.” 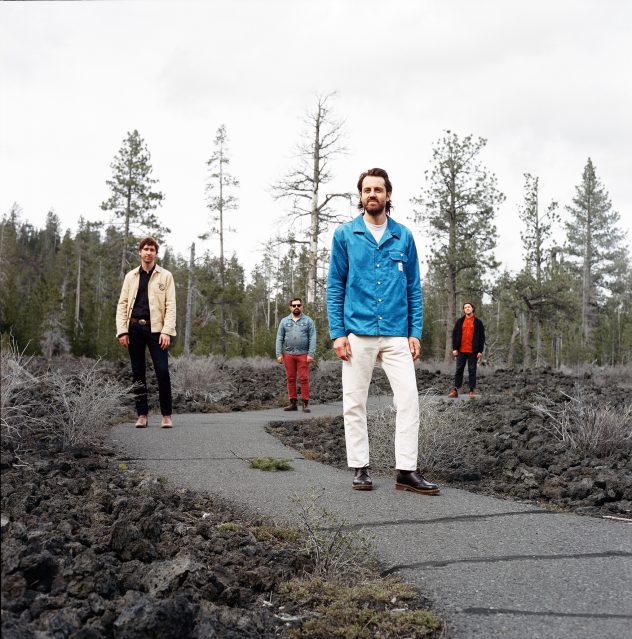 From your press kit providing details of the new record, “…the album finds the band responding to a changed world and confronting their place in it.” Therefore, in what ways do you feel the world has changed, and where do Shadowgraphs see yourself in 2022?

Wils Glade (SG): “An important thing that I believe a lot of people have witnessed during the pandemic is that there is nothing in life that you can take for granted, because everything can change overnight. That has given us fuel to realize that we want to take advantage of touring and play out as much as possible while we still can, and that is one of the big reasons why we are hitting the road for a month in September this year.”

Are you pleased with the outcome of the LP or, in hindsight, is there anything you would do differently now?

SG: “We are beyond excited with this record! It is the longest we have worked on something and recording it and mixing it ourselves has been a rewarding experience for us. Every recording and mixing process we like to switch up, so I am sure on the next one we will try something different, like maybe collaborate with a producer.”

Do Shadowgraphs have a favourite track or tracks from the new album and, if so, what are your reasons?

SG: “As a band, we all have different favourite tracks, but these can also change day to day. This was one of the first times that we all had different singles in mind for the [album] release, except for ‘Jet Black’. Therefore, aside from what was released prior to the record coming out, there is something for everyone on this new LP.”

What can you tell FLW about the single ‘Jet Black’?

SG: “’Jet Black’ was the first song that we all knew was going to be on the new record. We had played it at our last two shows, loved the energy live, and felt like it was a great continuation and segue into a newer sound with this record. Bryan came to the band with most of it finished, but still gave us room for some creative touches. We truly feel like this record has been more of a band effort than in the past, which has elevated our sound in areas.”

How did the record deal/release come about with Royal Oakie Records who is celebrating their 10th anniversary? What is it like being a part of this record label?

SG: “We came in contact through a fellow musician we met named Jonathan Mattson of the Mattson 2. He got to hear the record and immediately put us in touch with David at Royal Oakie. After reading about David’s knowledge and experiences in analogue recording, along with some of the artists he’s worked with like Sugar Candy Mountain, and Blank Tapes, we thought it would be a perfect fit for this record. Royal Oakie is the shit!”

Are there any amusing and/or strange incidents that happened when writing and recording the album that you are willing to divulge? 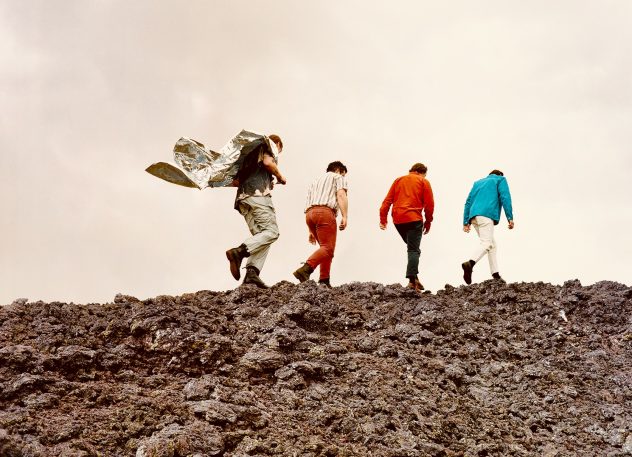 SG: “There were a ton! One that stood out though, was in relation to the songs ‘So Close’ and ‘Morning Flower’. These two tracks were written during a 3AM session on the coast. The next morning, we arranged both songs, and recorded drums, bass, some guitars, and then finished them up in Portland. I do not know if we have ever written something that fast before, but it was exciting when it happened.”

What is next for Shadowgraphs in terms of promoting the album and live dates, etc?

SG: “We are playing a couple album release shows this weekend in Portland, OR, Seattle, WA, and San Francisco. Furthermore, in September we are taking the record on the road for a full North American Tour involving 30 days and twenty-nine shows lined up so far.”

Do Shadowgraphs have any final words of the day?

SG: “Our new record is finally out in the world, so anyone who enjoys what we are doing and how we are doing it, should come to one of our shows or snag the record to help us continue doing what we love.”

The album Shadowgraphs is available in UK/Europe 29/07/22 on Royal Oakie Records via Cargo on CD. A vinyl release will follow later this year.

We are beyond excited with this record! It is the longest we have worked on something and recording it and mixing it ourselves has been a rewarding experience for us."

A brief history of when this all began for Shadowgraphs from the words of guitarist Wils Glade:

“The band started as a recording project between Bryan (Olson) and I. We were introduced to each other through a mutual friend in Charlotte, NC, and kind of hit it off right off the bat with the same interests in recording and mixing. In terms of the band, Bryan, Tyler, and Shaun are initially from Chicago, and I am initially from Munich, Germany. After a couple of months, people started asking us to play shows, so we had to figure out how to form a band. Since then, we had a lot of rotating members, always on good terms, but the project was mainly Bryan and me. Shaun Olson did play drums on a couple of ‘Venomous Blossoms’ [first album] tracks and all the ‘Another Time’ [second album] tracks. He was primarily there for the studio time, and we found other people to cover for live. After going on a month-long tour for the ‘VB’ release, Tyler Olson joined to play bass just for the tour. We all fell in love with Portland, and all agreed to move out here. Fast forward to now, we have been out here for about four years and Tyler has joined the band full-time. Shaun ended up moving and joining full time as well, about a year or so after us. It’s pretty hilarious, all three brothers live a block away from each other, and even I am just a 30-minute walk away!”

Underground Boogie Have Guitar, Will Create
Back To Top