Life in the creative department has been blossoming rather well for Creek Road Eleven judging by new album ‘Creek Running Again’.

It has been a long time coming. Whilst that is not entirely accurate because it has only been a three-year period since Famous Last Words (FLW) last spoke with country-rock band Creek Road Eleven, the wait appears longer, largely due to the difficulties many have experienced this year.

Flying in the face of adversity however, Creek Road Eleven reveal a willingness and dogged attitude to continue what they started by returning with latest album ‘Creek Running Again’. The appropriately named sophomore long player sees the band free of any constraints, with the album being released on their own imprint and another batch of fresh compositions to reach out to those music lovers with a penchant for country rock tinged with blues rock. 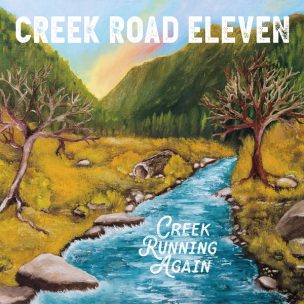 With Toni Ruuska (vocals/guitar) of Creek Road Eleven nominated to step forward and provide the answers to this latest “socially distanced” interview, there was no other place to begin than discussing what life has been like for the five-piece band during these unprecedented times.

“Yeah, it’s been difficult to do live shows around the world and in Finland too. We have played only a few live gigs this year. Fortunately, we could play our record release concert in September, although there were new safety restrictions in place, so it was a little different compared to ‘The Long Harvest’ record release concert. But it was great to get to play live in front of an audience of music fans! Coronavirus also slowed down our recording process in the spring. Hopefully, the world gets rid of the virus as soon as possible and musicians can do live shows again.”

What began as a working project back in 2013 and culminated in Creek Road Eleven writing and recording their first LP, ‘The Long Harvest’ (2017), that delivered ten tracks of rollin’ country rock tunes and described by the band as “Southern-spiced country rock”, the years following have been very productive despite, once more, a lengthy gestation period to accomplish ‘Creek Running Again’ as Toni Ruuska explains:

“We actually released two singles, ‘Lifetime Of Lessons’ and ‘Night Train’ in digital formats in 2019. ‘Lifetime Of Lessons’ got much radio play in Canada. Recording and mixing the whole album [‘Creek Running Again’] was again a lengthy project for us. When we record new songs, we always try to get the best possible results, give all we can to make it better. If something didn’t sound right, we did more takes or mixed it again.” 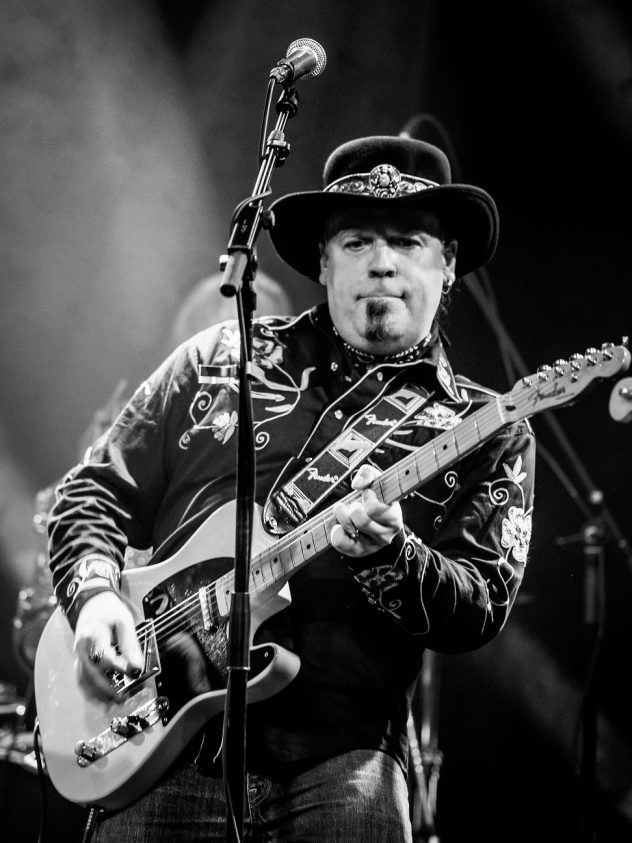 With the second album also consisting of ten songs and all original compositions, the formula remains the same for Creek Road Eleven as they play to their strengths, demonstrated by excellent southern blues rock opener ‘It’s Shining Now’, before continuing down the line via mid-tempo and addictive ‘Any Chosen Way’, to country rocker ‘Slow Down Train’ which is more country than some of the sounds coming out of Nashville these days. Such progress may not differ from what has gone before, but Creek Road Eleven do it well when it comes to genuine southern-fried country rock. Therefore, why change a winning formula, especially considering the success the band has achieved during the past few years.

“The band has been getting tighter and tighter. We have played shows with great success at festivals and clubs such as Puistoblues, Haltiala Hayride, Roots ‘n Boots Festival, Saarifest, Super Rally, Semifinal to name but a few. We are incredibly happy that our songs have received radio play and good reviews in Finland, Australia, Canada, USA, (Norway too!), etc.”

Attending to the nitty-gritty details of latest album ‘Creek Running Again’, when and where was the album recorded?

“It was recorded at the East Sound Studios, Helsinki, between 2018-2020. Pekka “Splendid” Laine [producer] recorded, mixed, and mastered the whole album. Pekka helped us a lot along the way with his excellent recording skills, fresh ideas, and sense of humour.”

How long did it take to record and complete the new album?

“Yeah, we started in spring 2018 with recording those two singles ‘Lifetime Of Lessons’ and ‘Night Train’, releasing those digitally in January 2019 before going back to the studio in spring 2019 to start recording the other eight songs on the album. We had many recording sessions over the period, working whenever our schedules allowed. Finally, the whole project was ready in August 2020.”

Listening to tracks such as ‘Slow Down Train’, it sounds like the band was having quite a bit of fun recording the new album would you agree?

“Recording was mostly fun, but of course there were some frustrating times. For example, when you start thinking “Is this ever going to be ready?” in terms of the whole album being finished. I am pleased you sensed the good feeling we had doing ‘Slow Down Train’. Also, I would especially like to mention the fun we had recording Petri’s and Jyrki’s background vocals and train sounds!” 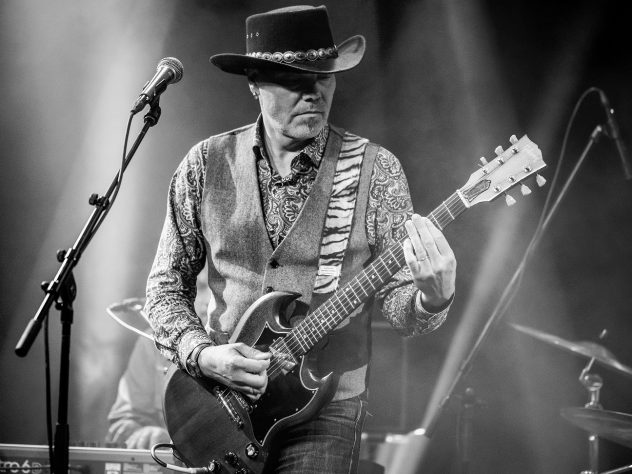 With FLWs’ observations of direct similarities with new album ‘Creek Running Again’ and the band’s debut record ‘The Long Harvest’, it would be interesting to ascertain Toni Ruuska’s opinion of Creek Road Eleven’s latest creation.

“The music style is the same good old “southern-spiced country rock” we produced on ‘The Long Harvest’. But this time we had more co-operation in song writing and it worked well. Sometimes I had a chords and melody and Jyrki made lyrics, or the other way around. Petri also brought composing ideas for ‘It’s Shining Now’. Keyboards have a more prominent role on this album, giving our sound more colour and textures. As for the rhythm section, Pete’s bass and Jani’s drums are really grooving. The band has now played many years together, so as a result the whole band is tighter on this album.”

With the current album still fresh in terms of only recently being recorded and released, do you have a favourite song from the album yet?

“It’s hard to say a favourite song because we like them all. There are no songs we did just to make the album longer [laughing]. That said, it was an easy decision to make a video for ‘It’s Shining Now’ because it is a rocking, up-tempo song with a nice melody, chorus, and hooks. It has gotten radio play at least in Canada, USA, Australia and Spain.” 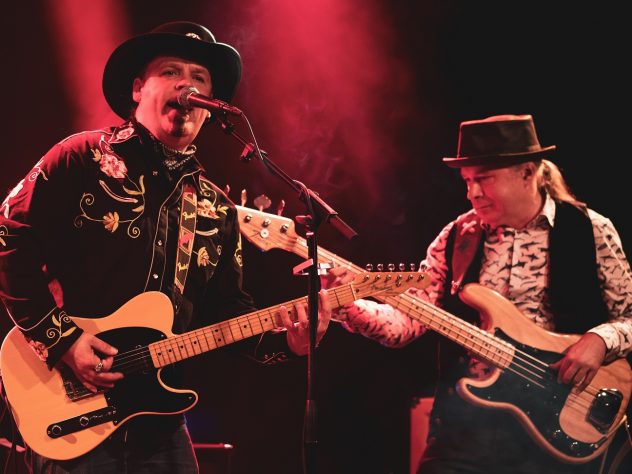 Who is responsible for the lyrics? FLW asks this question because the song titles give the idea of wanting something to go in one direction and then there appears to be a change of heart and wanting things to go in a different direction (e.g., ‘Little Bit Faster’, ‘Change My Mind’, ‘Slow Down Train’, and ‘Morning Sun’) would you agree?

“Lyrics are made by me and Jyrki. Most of the lyrics are feelings from real life, our personal lives, or things we see. I think every listener can find something in our lyrics to relate to their own lives and feel them from that perspective.”

Seeing as how we are on the subject of words in relation to songs, can you provide some details to the tracks ‘Little Bit faster’ and ‘Change My Mind’?

“’Little Bit Faster’ is a song about feeling the strain and always rising demands of work. No matter how fast you do your job, there is always someone wanting you to do more, and faster! In relation to ‘Change My Mind’, the lyrics inform of a situation when you must make a choice with only bad choices available. [In other words] It is not easy to leave, and it’s not easy to stay.”

The artwork gracing the new album depicts a very serene setting and a delight to see when thinking about the awful year we have all experienced in 2020. Therefore, who was responsible for the artwork and ideas for the album cover?

“Finding the right title for the new album certainly wasn’t easy. So, last spring I was walking in the forest and saw this little creek running after the ice had melted and that was it, the name of the album was there. Saara- Maria Hasu did the great oil painting for the album cover.” 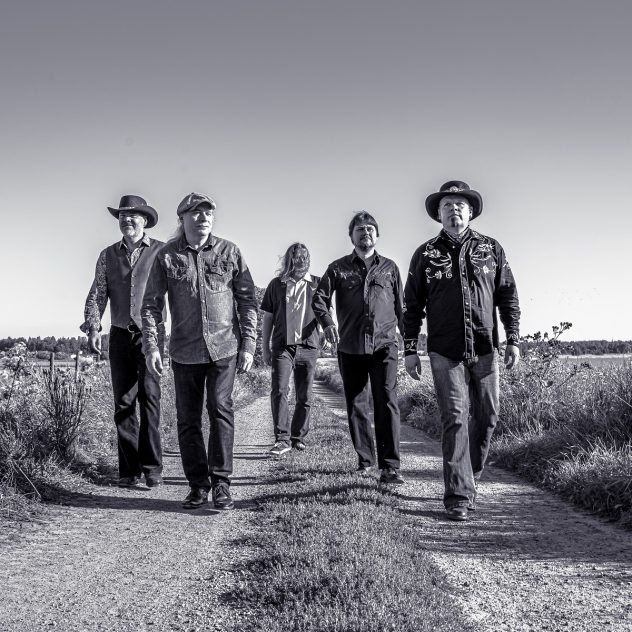 Interesting to see that Creek Road Eleven released the new album independently. Therefore, is it becoming more difficult to find record labels who are willing to release new albums?

“The music business is in an exceedingly difficult situation these days. People do not buy that many physical records. Streaming incomes are exceedingly small, and now even live gigs are hard to do because of the coronavirus. So yes, it’s difficult to find labels to release albums.”

Difficulties of recent weeks and months aside, Creek Road Eleven arrive at the perfect time considering the quality of songs lining their latest output ‘Creek Running Again’, but also for a certain “feelgood” factor when it comes to this band, despite songs speaking of relationship difficulties and the hardships brought about through work, there is just something wholesome once their country rock opens. Check this out for yourself by visiting the band’s two long players to date. But, before we depart, Toni Ruuska outlines his vision for the band next year.

“We hope we can get back to doing live shows in Finland and maybe other countries too if we get rid of the virus. Also, make a new video and reach more people all over the world who dig our music. It would be great to play at a nice country-rock festival in Norway some sunny day!”

The music style is the same good old "southern-spiced country rock" we produced on ‘The Long Harvest’. But this time we had more co-operation in song writing and it worked well."

A couple of things Creek Road Eleven wanted to share with their supporters regarding experiences and essential things in life.

“About writing, I wrote chords and a melody for ‘Change My Mind’ but struggled with the lyrics for an exceptionally long time and got nothing done. Eventually, I asked Jyrki to have a try at it, and he wrote the lyrics in a matter of hours!

“In September 2019, we played Harley Davidson Club of Finland’s End of The Season gig at Ikaalinen, Finland. That was a whole lotta fun, the house was rocking from start to finish of our show. That must have been one of the best shows we have ever played!

“There are three items Creek Road Eleven can never be without, and these include a sense of humour, playing live for music lovers, and fine Fender musical instruments!”