With great intellect, Bastions close the door on their two-part EP concept with ‘Bedfellows: The Forgotten Daughter’.

Currently in the midst of a promotional campaign that will see the second instalment of their ‘Bedfellows’ concept come to an end, the open honesty suggested throughout ‘Bedfellows: The Forgotten Daughter’ EP grates a little too close to the bone with such confessions as the one found during closing number ‘Murmuring’ with its line, “I’ve got it so good, I’m lying to myself”. Such confessionary tales, however, remain the very essence of Bastions who, in a mire of familiar sounding bands, manage to offer a tad more in the creativity department (‘Empty Vessel’) but also delve to considerable depths when it comes to discussing delicate areas that are a little more challenging than the more familiar hiccups associated with relationships. 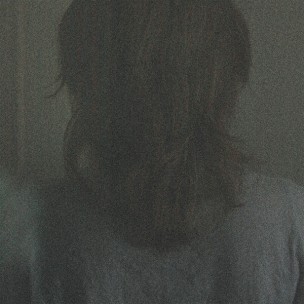 By focusing on issues of mental health and the general wellbeing of the central protagonists of each and every song contained in the second instalment of their ‘Bedfellows’ concept is not simply to be different, as such sensitive issues remain close at heart having experienced various relations afflicted by such conditions. In addition, such focus has also stemmed from Bastions initial meeting, when a common goal was agreed upon of “putting their frustrations into something constructive and positive” which has definitely been accomplished with this latest release by raising awareness of an otherwise sensitive subject area that is deserving of more recognition and open dialogue so that a greater understanding can be achieved generally.

“It’s definitely something close to my heart as we all carry these burdens every day,” admits Jamie Burne. “I just wanted to reflect that in the art we put out. In addition, I have spent 10 years working with mental health, intellectual disabilities and head injuries as well as working with the homeless and vulnerable young people. I have also spent a few years of that [time] as a research psychologist. I think it was Laozi that once said, ‘If you are depressed you are living in the past.  If you are anxious you are living in the future.  If you are at peace you are living in the present’. I wanted the son and the daughter [from the ‘Bedfellows’ EPs] to embody those struggles, the same struggles we all have every day.”

Why did the band decide to release these songs as two EPs and not an album for example?

“In all honesty, it just made sense as we considered the idea of having two perspectives involved in the record,” weighs in Zac Birchley. “We felt that separating the songs really highlighted the difference in the vibe and sonic value of each half and added to how we wanted the record presented and put across.”

Before we get to your current release ‘Bedfellows: The Forgotten Daughter’, can you provide some background details in terms of the ideas behind the first instalment of the ‘Bedfellows’ concept?

“Halfway through writing ‘Hospital Corners’ [debut album], Jamie McDonald and I had spoken about writing the next record from two different perspectives of a narrative, that being, ‘here I am’, and, ‘there/who I was’,” explains Jamie Burne regarding the initial ideas of Bastions’ ‘Bedfellows: The Bastard Son’ EP. “I had wanted to explore some of my family history and heritage for a while. My great grandmother was institutionalized at Denbigh Asylum after having her children. I used this as jump off point to weave a story loosely based on that. I also took a lot of inspiration from Christmas in Purgatory by Burton Blatt and Fred Kaplan. Once I had time-lined the events of the story for Alexander and Elise (the son and the daughter) I fleshed out the carcass of the son. ‘The Bastard Son’ is treated as having separation anxiety disorder and dysphoric mania. He is both manic and depressive simultaneously. He is irrationally angry and immediate in his narrative. He recalls the story of his father abandoning them and cannot remember much beyond that. He feels very stuck in time and space. He cannot find closure to his abandonment and feels emotionally dependent towards his father. Dependency to him is a bastard. The vulnerability of being dependent is considered a failure in his eyes.” 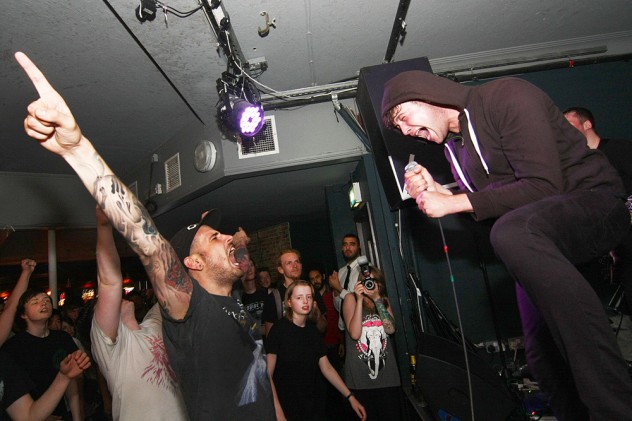 The difference that Bastions offer, in relation to their contemporaries, also stems from a willingness to progress in the creative department and to keep improving generally in order to move forward with each release.

“As a band, we are interested in making cohesive songs out of as many elements as we can,” explains Zac. “Creativity is paramount, progression and constant movement totally necessary as we always want to write better songs. This is why our songs can sometimes sound totally different from one another, while still obviously being Bastions.”

An expressed openness to other genres of music other than the one they often find themselves lumped in, despite holding a great passion for the post-hardcore scene, is further evidence as to why Bastions create a broader listening experience as Zac Birchley once more takes up the baton of discussion.

“I can honestly say, in a broad sense, that what we do as Bastions is a reaction to society and the chaos [of] popular culture [that] we find ourselves in daily. Musically, we all listen to bands such as Poison the Well, Cursed, American Nothing and Torche. However, for example, Jay also has a large interest in electronic music and hip-hop. I grew up playing in, and listening to, obscure screamo bands that print records on the back of post cards, paint them by hand and think it’s cool to refuse petrol money. Jamie listens to, and is influenced by, a large variety of music with everything from groups like Cold Cave to Bon Iver, Desaparecidos, Crash of Rhinos and back to the heavier side of things like Nails and Gorilla Biscuits. Kieran grew up putting on shows for hardcore bands on a weekly basis, but he can also be heard singing Bruno Mars in the shower!” 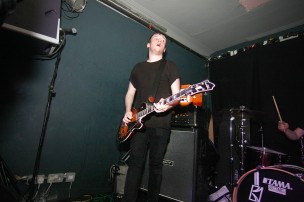 Once the issue is raised regarding various influences and the post-hardcore scene, it is worth establishing what views Bastions hold regarding this densely populated genre and whether they are content with their inclusion in this particular scene?

“Yeah, our music was borne from the fire that punk and hardcore music has,” comments Jamie Burne on their recognition of the post-hardcore scene before adding, “[but] I’m always interested in musical growth and progression, so, yeah, we do have a wider base of musical influences as well. From my experiences, I’ve found the scene [post-hardcore] to be pretty accepting of other genres of music. I mean, music enthusiasts in general, whether it is in the punk/hardcore scene or any other for that matter, have a pretty good bullshit detector when it comes to music with no heart.”

Turning our attention back to the main subject at hand, three of the five songs –  ‘Empty Vessel’, ‘The Water Tower’ and ‘Murmuring’ particularly stand out for a number of different reasons from ‘Bedfellows: The Forgotten Daughter’ EP. Therefore, care to elaborate further chaps, as to the contents behind these selected tracks?

“‘Empty Vessel’ acts as a transitional device in a lot of ways,” responds Jamie Burne to the three chosen titles. “It gives the listener the opportunity to settle back into the story and it elaborates a little more on the father’s motivations and Elise’s state of mental health. In ‘The Watertower’, I wanted to bring the story to a close. I was interested in reflecting real-life situations where a lot of times there is no resolution to the conflict, no real conclusion. It is enough that their story was told. ‘Murmuring’…yeah, that’s a difficult one. It is meant to be from the father’s perspective, but I found myself embodying my own experiences of 2012/2013 in it. Those that smile widest usually hurt the most I guess.” 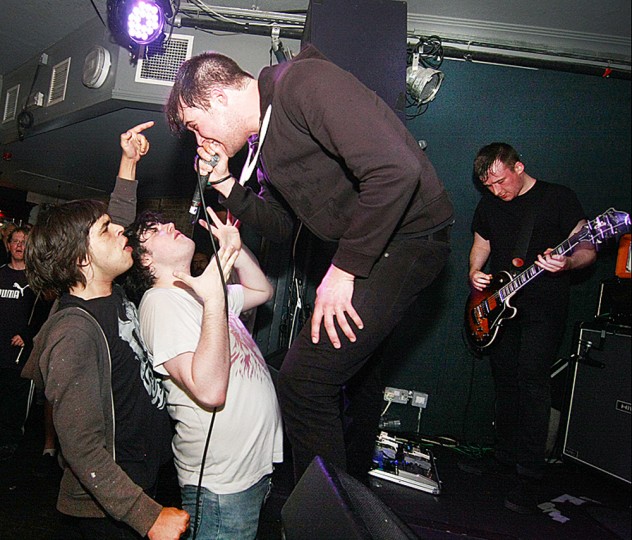 Will there be several live dates in support of the ‘Bedfellows: The Forgotten Daughter’ EP that is released this week?

“We have a seven-date tour with French powerhouses Burning Bright across the UK at the end of February,” comments Zac Birchley. “Then we are back in mainland Europe with our friends in The Catharsis in April for a few weeks, followed by a few dates scattered about such as Focus on Wales on April 23rd. There will be more shows booked over the summer of 2014 for sure.”

Finally, what plans do Bastions have after these forthcoming live dates?

“We will be playing live wherever and whenever we can,” Zac Birchley continues, “concentrating on reaching new territories and playing to new people. We have also started writing another full length [recording].”

It’s definitely something close to my heart as we all carry these burdens every day,"

Bastions’ Zac Birchley relays to Famous Last Words (FLW) a particularly unsavoury and, at times, bizarre set of experiences during a previous European tour that hopefully will not be experienced ever again.

“The last time we went on a long trip to Europe our van broke down a few times and I’m pretty sure the RAC put us up in the hotel from The Shining with the dead Bathilda Bagshot as a host! Then our van was taken hostage by a seriously deranged mechanic in Germany, who left us starving and without our possessions or money.  Every time we phoned him, he would hang up on us and this went on for two days. Eventually, Jamie and I ended up googling his premises and we decided to walk there through the snow. Malnourished and exhausted, we walked for miles in the German countryside where, on arrival, he slammed the door in our faces. Eventually, we got our van and drove at 90mph to Prague where we played to no one and got paid 200 Euros under our agreed guarantee. This was all pretty intense, only for the next day to top it off as the worst three days of a tour ever. We experienced a snow blizzard on our way to Budapest and I, for one, genuinely feared for our lives. However, once we got to Budapest, 16 hours later, we celebrated our survival and drank a lot of 90p beer! The rest of the tour was great, but that was a testing set of experiences.

Coming Out Fighting Western Harmonies On Northern Lines
Back To Top