Far Gone and Out

With a brand new album to their name, and several dates performing in Norway, A Place to Bury Strangers is anything but predictable.

A true enigma. New York’s A Place to Bury Strangers (APTBS) occupies two worlds. The first is a wild, electric reverberation of fuzzed-up guitars complete with surges of wailing feedback and white noise that is both compelling and unnerving in equal measure. The second is a more staid version of this heady concoction of sounds that still has its charms, but is a distant relation to the one which rears its head when performing live. Therefore, it is with the former depiction of APTBS that FLW finds its comfort zone and, in all honesty, probably the band is in unison with this assessment as frontman, Oliver Ackermann indicates.

“One thing we try to do is just have everything happen live, such as we don’t play along with any backing tracks or anything like that, as we try to be raw, pure, f*****up and an actual band who play actual rock ‘n’ roll music as opposed to trying to put on some ‘whack’ show or something like that. If you’re not feeling it, then don’t feel it. If you’re feeling it, then feel it, you know?”

Never was such an assessment of a band’s live credentials more accurate because this is exactly the experience FLW witnessed this evening in Oslo because we certainly ‘felt it’. Just when you thought rock ‘n’ roll was heading for the retirement home along comes something which completely turns that notion on its head, as APTBS ripped the guts out their music in a dangerous and unpredictable assault that left your head sore but swelling with excitement due to the events unravelling before our very noses. If only the band could translate this exhilarating performance to record as latest album ‘Worship’, despite having more than enough merits, is not the same experience.

“When recording this most recent record [‘Worship’], we did some crazy things such as setting an amp on fire. Lots of things with fire, that was pretty much it,” claims Oliver in support of the more sober version of APTBS heard on ‘Worship’. 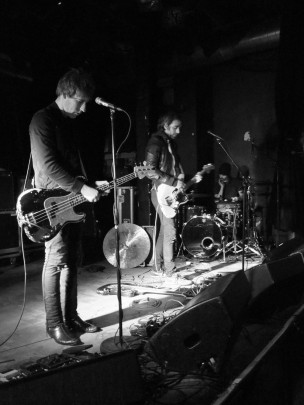 Has that ever happened on stage with any amps catching on fire?

“We’ve blown up a lot of equipment, but I don’t know if it’s ever caught on fire,” says Oliver.

“I had a PA catch on fire once,” claims bassist Dion.

“One place we played,” interjects Oliver, “they wouldn’t turn out the lights, so we smashed out the lights with our guitars, which was kinda fun!”

How did that go down with the proprietor of the venue?

“Not too sure, but maybe they were scared or something!” replies Oliver laughing.

As conversation unconsciously veers towards the live version once more of APTBS due to the answers given by the two members sitting before FLW, the unpredictability of this live experience seems to attract a similar type of punter in attendance as Oliver and Dion attest.

“Wasn’t there that guy who was a mass murderer or something?” offers Oliver looking for confirmation from his fellow bandmate. “Oh no, it was the torturing guy!”

At this juncture, FLW nearly topples off the rather high stool we’re currently occupying in complete shock at this revelation seemingly coming out of nowhere and beginning to sound like an extract from a Tarantino movie. Sorry, mass murderer? Torturer! The irony of it as well if this turns out to be true considering the band’s moniker. 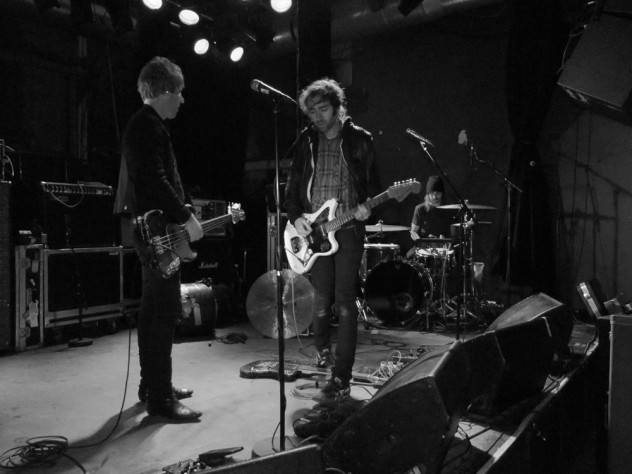 “I don’t want to talk about that,” ushers Dion said information rather quickly under the carpet seemingly worried and rightly so.

Currently performing a few dates in Norway before heading back to the States, it would seem that the unpredictable nature of APTBS is one constant in the band whether performing live that will see Oliver’s guitar being flipped as if it were a pancake before crashing to the ground with only two strings surviving the whole ordeal, to members of the audience consisting of possible serial offenders. No wonder APTBS conjured up an album that is at odds with their live sound as it’s fitting of this unpredictability. In fact, even the band struggle to describe their sound, which is not difficult to comprehend after this evening’s live performance.

“I usually wouldn’t know,” comes the vague response from Oliver. “I would probably end up turning people off to the music due to saying something lame such as…” he trails off struggling for the right words here.

“Noisy, loud, fun and unpredictable sometimes,” is the response from Dion trying to help out his fellow bandmate. 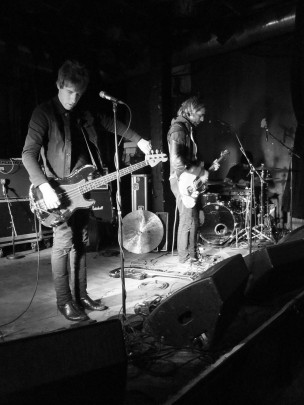 “Lots of interplay between the amplifiers and the guitars,” finally springs to mind for Oliver.

Third outing ‘Worship’, however, is a little easier for those wishing to join the dots to identify the band’s influences, with the most obvious being The Jesus and Mary Chain only to be greeted with a “don’t you say it!” response from Dion. There is, however, no getting away from it, and it is something Oliver and Dion acceptingly acknowledge.

“You can’t get angry with it because it is what it is and people are going to say what they want to say,” responds Dion. “There are definitely some similarities, but we have also hit other directions to be going in as well, which shapes our own identity.”

Despite ‘Worship’ being in good company, APTBS is definitely a band in control of their own destiny as the album was literally built from scratch without any outside input.

“We recorded and produced it all ourselves, and we even mastered it as well,” proudly states Oliver. “It was recorded at our own studios, which we built, and Dion and I got together and wrote as many songs as we could in about a month and a half. In fact, we actually wrote a song every single day for a month and a half. From that is where we got most of the material for the record, and the rest of it came about while we spent a year recording it.”

Is the band pleased with the end result?

“I think the album is fantastic and is our best work personally,” quickly comments Oliver, “but maybe that’s also because it’s our most recent work and sometimes you get excited about that. I think the songs are still exciting for me, and it’s a pretty dynamic record.”

“Yeah, it captured that moment in time pretty good where I had been writing with Oliver and captured that whole period,” inputs Dion regarding the finished article of ‘Worship’. 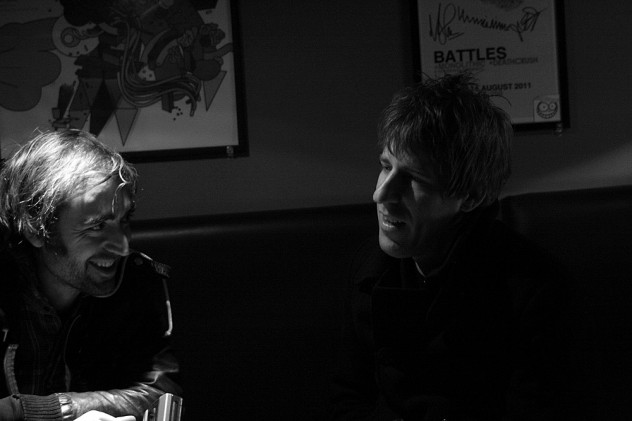 With further discussion centring on musical influences and upcoming gigs back in America and possibly later in the UK this year, it is left to FLW to quiz Oliver one final time regarding the gloomladen lyrical observations that line the contents of ‘Worship’.

“It’s a mix between autobiographical material and even imaginative material,” explains Oliver. “It’s kinda like stories or observations of what maybe you either wished life was or what it would be like to be devastated or in certain particular aspects of drawing from experiences that I’ve had and maybe magnifying those sometimes. A lot of the subjects are about the most extreme feelings that you get. The easiest songs written are when you feel really passionate about something, so it’s usually when you’re either extremely p*****off at something or you’re madly in love with someone or your world is torn apart in some way.”

I think the album is fantastic and is our best work personally.”

Coming from New Zealand, A Place to Bury Strangers Dion Lunadon reflects on his introduction to joining the ranks and adapting to life in one of New York’s more exciting bands, and whether his home country was an influence in terms of this transition.

“Not necessarily from New Zealand, I don’t think. The first record, I made a conscious effort not to try to change the band or anything like that, and try to learn from Oliver about something that was new to me as I don’t usually use many guitar pedals and stuff like that. So it was a good learning experience to take on board. I actually had to fight my urge to do what I’d naturally do sometimes, by trying to force something different, but I feel I’m not going to fight anything anymore [within the band] because I feel I’m at the point where I don’t need to, and I’m actually really excited about that.”

Waiting For An Echo Gotland The Great!
Back To Top