The journey to completing the album ‘Dirty Soul’ has not been an easy one for alternative country singer-songwriter William Russell Wallace. Having entered rehab to tackle various addictions and put an end to the residency of demons perched on his shoulders causing mayhem, not only did this prove to be the right decision on a personal level, but the period in rehab also proved to be an inspiring one as it led to a creative streak that saw the beginnings of William Russell Wallace’s debut album being recorded. Yes, that’s right, ‘Dirty Soul’ began life in rehab.

“For this record, I wrote most of the songs while in rehab, so ideas of addiction and recovery were heavy on the mind,” begins William Russell Wallace confirming the initial foundations for debut album ‘Dirty Soul’. “I’m a fiction writer, too, and I’d been focusing on that for a few years; I don’t think I’d written a complete song in two or three years at that point. But they let me bring a guitar to the rehab centre and as soon as the first meeting ended, it just started pouring out.”

With the rehab centre in Naples, Florida, providing the base for recovery and much creativity leading to many of the songs making up William Russell Wallace’s official debut album, it remains true that the songs making the final cut for ‘Dirty Soul’ are borne out of troubled times where overreliance on numerous vices and life on the road and the partying associated with this lifestyle, led to numerous fallouts of anxiety and paranoia. 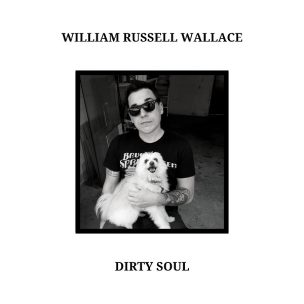 It was perhaps during one particular incident that has been ascribed to his name involving a “crash and burn on a stretch of highway” located on the outskirts of New Mexico, and with an illegal substance stashed in the boot of his car that the realisation dawned that the problems troubling his mind, not to mention the lifestyle associated with this, needed to be addressed and it was time to seek help.

So, with fresh vigour found after said period in rehab, William Russell Wallace emerged with a collection of songs that never shy from such troubled times but also address the need for change and the solace that this can bring if you’re willing to face up to the causes of these problems. Therefore, with ten tracks culminating in the album’s title song reflecting a range of personal emotions that often trip along the dark side (‘Charlie’s Blues’, ‘Vampires’ et al) as well as speak of small victories (‘Triumphant’), there is a sense that you are sharing the same living quarters as the narratives of these songs, given their personal qualities and the often pared back nature of the recordings. Once again, it was the rehab centre that provided a source of inspiration because, apparently, rumour has it that a large portion of the vocals and guitars were recorded in the bathroom of his dormitory.

“Partially true,” responds William Russell Wallace to the aforementioned rumour regarding the recording of ‘Dirty Soul’. “I wrote and demoed the songs on my phone. I kept the guitar and vocal takes on ‘Understanding’ and ‘Charlie’s Blues’ and Beth Day and Andy Cook added their parts when I got out. None of the bigger rock songs were recorded in there. You can’t track drums in a rehab centre, ha-ha.”

Bearing this in mind regarding the recording process of ‘Dirty Soul’ therefore, roughly how long did it take to record and complete your debut album? 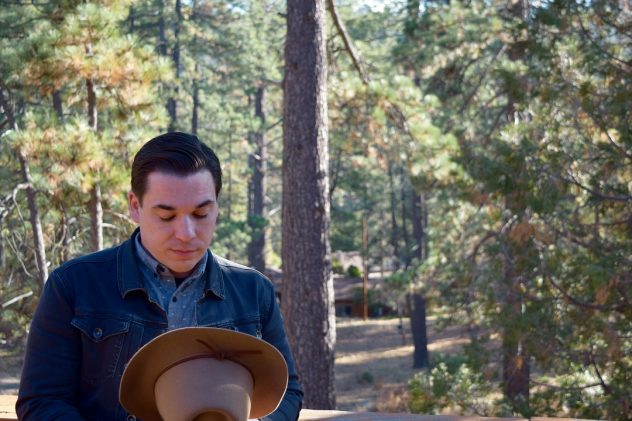 “Well, all of these [songs] were going to be demos. I had intentions to go into a studio with them. But moving across the country changed those plans and when I listened to the demos – months after they were recorded and with fresh ears – I really dug the raw sound. I think it serves the content of the songs well. So, to answer the question, the demos were all tracked at the same time over the course of about a week in June, then I didn’t listen to them for 3 or 4 months. I came back, added some layers like keys and extra vocals, and wrapped the whole thing up around the holidays.”

The move across country William Russell Wallace refers to was also a source of inspiration for his album, but more specifically recent single ‘San Jacinto’ as he explains:

“I wrote the song after I learned I was moving to Idyllwild, California. My partner, Caylin Capra-Thomas, is an amazing poet and she got a job teaching creative writing at Idyllwild Arts Academy. I followed her along, way up this mountain in a range called San Jacinto. That’s where the song comes from.”

Why the decision to release ‘San Jacinto’ as a single from ‘Dirty Soul’?

“My wonderful publicists chose the song [laughs]. I left it up to them, and I think they made a good choice. When I tour on this record, I don’t have the big, full band that’s driving a lot of the music. I do it more stripped down – sometimes solo, sometimes duo or trio. I think ‘San Jacinto’ fits that aesthetic well. The live version and the recorded version exist really well together, so releasing that song as a single right before touring was a good call on their part.”

As the album ‘Dirty Soul’ started to come together piece by piece inspired from the stint in rehab and move to the mountain range of San Jacinto where no doubt the fresh clean air breathed a new lease of life into the soul of this alt-country artist, it would appear that the whole writing and recording experience has been something of a cathartic experience for William Russell Wallace, but does he agree?

“Oh god yes, “is the immediate reply. “For example, the song ’Step 3 Blues’ is about AA meetings, which are basically free therapy every day. All these songs are me working out something about my bad brain and my addictions. It was incredibly important to me to make this record. If anyone else gets anything out of it, then that’s great, but I’ve already done what I set out to do with it.”

Was it a difficult album to complete though, considering the (subtle) references to personal problems you were experiencing?

“I’ve always written personally. This time, I felt like I had something to say beyond tales of getting fucked up and pining over girls. It really meant something to me. So, the personal stuff actually was easier than it had been in the past.”

In addition, there is an overall raw quality to the sound of ‘Dirty Soul’. Was this something that happened organically, or did you mean for the recordings to turn out this way? 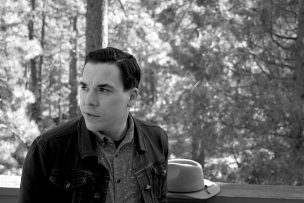 “Since they were intended to be demos, we didn’t use any fancy recording gear, so it does sound pretty raw, but I love that.”

Bearing in mind the personal nature of the songs lining ‘Dirty Soul’, do you have one track that stands out as a favourite right now?

“The opening track – ‘Triumphant’,” says William Russell Wallace after some consideration. “I love the guitar tone and the main riff. I love Beth’s background vocals on the chorus. I love the message of going down swinging, going out with your boots on. If we’re gonna lose, we’re gonna lose triumphant.”

Considering some of the song titles and lyrics, do you find love and relationships particularly difficult and ultimately soul destroying?

“No way! Love is what it’s all about, man. Any of the sad “relationship” songs on here are actually more of a projection. The relationship is me with myself, working things out. Songs like ‘Something, Someday Soon’ – the relationship is with the state of California. I love being in love. There’s really nothing better in the world.”

Are you pleased with the outcome of ‘Dirty Soul’ or, in hindsight, is there anything you would have done differently now?

“I’m thrilled with it. I love the energy of it. I love what it did for me as an artist and as a person.”

What’s next for you, and what are your hopes for ‘Dirty Soul’ once its officially released? 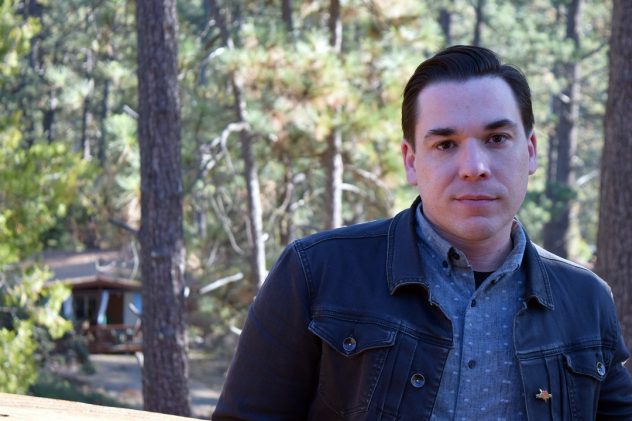 “I’m in the middle of a west coast tour right now. I’m answering these questions from an AirBnB in Phoenix, Arizona. I’ve got about two weeks left on this tour and, after the album comes out in April, I’ve got a long east coast tour during May and June. I’ve also got a lot of L.A. and southern California shows on the schedule. I already have about 7 or 8 songs written for whatever comes next and I’ll probably start messing around with them in the late summer and fall.”

The album ‘Dirty Soul’ is scheduled for release next month where its contents will be aired to the general public at large, who can gain an insight into the troubled times William Russell Wallace was experiencing, but also understand that this body of work is a vehicle for change in his life as he sees it by saying: “I’m trying to become a better person. This album is sort of a real-time documentation of that process.”

As we say our goodbyes, FLW is left with the feeling that the whole recording experience and the results of ‘Dirty Soul’ has created something of a reformed character in William Russell Wallace. However, is there anything in the life of this alt-country performer that he still can never be without?

“Coffee, cigarettes, and my car. Gotta keep moving, ya know?”

It was incredibly important to me to make this record. If anyone else gets anything out of it, then that’s great, but I’ve already done what I set out to do with it.”

Charting the early beginnings of the career of William Russell Wallace, it’s interesting to note that several genres of music, including punk, has played a significant role in his career to date (and continues to do so) as well as the creative scribblings of Bob Dylan, Tom Petty and Bruce Springsteen being cited as influences.
“I’ve been playing music in one form or another since I was seventeen. I’ve been in punk bands, indie bands, folk bands, bar bands. I just love to play. I prefer to do it with people, but it’s hard to get a full band on the road sometimes.”
How would you describe your sound right now?
“I like to think of it as rock ‘n roll, but there’s some Americana in there. I love soul music more than anything, and I think that influences some of my singing, even though I ain’t got the pipes for it. I want it all to sound hopeful, if that makes any sense.”
Who do you regard as influences in terms of your own music?
“Petty, Springsteen, Dylan are big ones for me. And I grew up on punk music, and that energy has always found its way into the songs. I’ve also played in a lot of bar bands, doing honky tonk and classic country like Waylon Jennings and Jim Reeves, and those vocal melodies get stuck and rattle around in your head and I think that style comes out sometimes on the new record, too.”

Home Again Free Of Limitations
Back To Top