A New Year and fresh beginnings. If you’re Rain On Monday however, then you’re already one step ahead.

It’s a New Year and a fresh start, although the latter suggestion is difficult to comprehend considering the incessant rainfall during the first couple of weeks of said New Year. Despite the heavy downpour being a reminder of what went before during the tail end of last year, when it comes to fresh starts in the life and times of one Rain On Monday (real name Raimond Nurmilampi), then such a suggestion is more fitting and one that actually began in 2017 for the Swedish singer-songwriter. The promising start gathered momentum after the release of second single, ‘Hiding Places’, which was on the receiving end of some very warm feedback that has since been transferred to 2018 as talk of further releases, including the prospect of a full-length album, is currently underway.

Having graduated from the school of self-taught musicians, Rain On Monday produces the kind of music that falls under the ‘indie’ umbrella and therefore a starting reference for those wishing to know more when any new and upcoming artist shows his or her presence on any music scene. 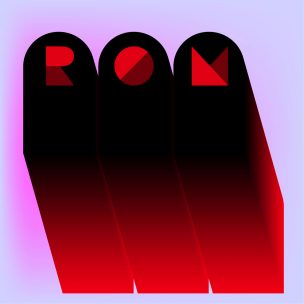 Further insight reveals a musician cleverly tinkering with ideas from 80’s pop music including use of electronics and synths paired with acoustic and electric guitars from a more current musical landscape. Such creative ideas combined to great effect with debut single ‘Kill My Love’ that was full of confidence in terms of its song writing and revealed a personal edge to its lyrical content. The personal commentary (or at least it feels that way from where we’re standing) continued apace with the release of the aforementioned sophomore single, ‘Hiding Places’ that received a glowing endorsement from Famous Last Words (FLW), due to reflecting different shades of colour in terms of its emotions that were expertly portaryed via the song’s text and combined use of acoustic guitar and synthesizers.

It was not just the song writing of Rain On Monday, however, that attracted the attention of this music paper because it was also the historical background of this Swedish musician that played its part in terms of gaining our attention once information was steadily relayed back concerning an old mining town and one that was situated above the Artic Circle! A definite story to be unearthed here without doubt and one that was thankfully forthcoming from the artist under the spotlight, Rain On Monday.

“Kiruna is the northernmost town in Sweden way above the Arctic Circle and also has one of the largest iron ore mines in the world,”begins Rain On Monday concerning his hometown in Sweden. “Due to deformations in the ground created by the mine, a large part of the city has to be moved, which is quite interesting.”

As said, Kiruna in Sweden is the small town where Rain On Monday grew up and started to forge a career as a musician. But what has such a small location and environment, considering its history of mining, meant for this singer-songwriter?

“The harsh climate and the people who live there has its charm and there’s for sure a certain melancholy that you get after spending most of the year with long, cold dark winters,” he replies. “I think my background is something that reflects my sound and me as person as well. For example, I enjoyed growing up in a small town, it allows you to dream big. I think it’s easier to get noticed and receive encouragement for your interests in a small town, but then you have to decide if you’re happy to stay and be the local music guy or if you want something more. I’ve always wanted something more and then you maybe need to try your wings to see if you can fly or fall, but I think it’s nice to start up in a small town.” 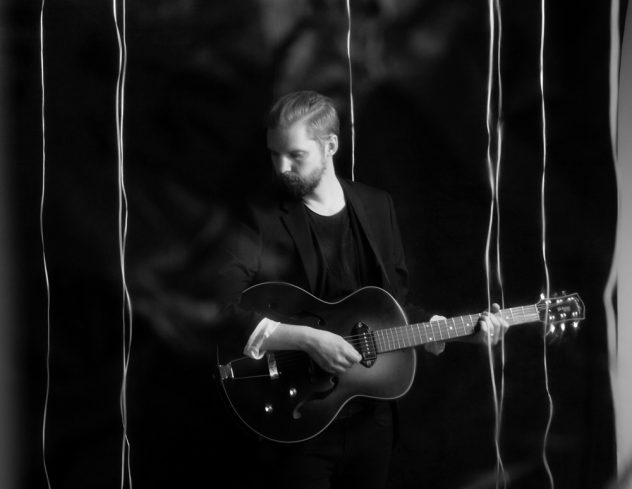 Was this career path as a singer-songwriter something you wanted to do for a long time?

“I would say so,” is the immediate response. “I always try to reach a bit further with my music and career. I never really get fully satisfied before the next step is taken.

Everything started back when I was around 10-11 years old and learned my first chord on the guitar. I immediately began to write songs with that chord all over the guitar neck and recorded myself with a cassette tape recorder. It was like a new world opened for me, and since the beginning my biggest driving force has been writing and composing music.”

Is Rain On Monday your first experience in music or have you been involved with a previous band or as a solo artist?

“No, I’ve been involved in other bands and music projects, but then I’ve mostly just played the guitar. Rain on Monday is the first project I started on my own and also serve as the front guy.”

Who do you regard as influences in terms of your music, and where does your inspiration come from?

“I get most inspiration from life in general and different kinds of emotions,” says Rain On Monday. “My goal is to write songs that people can relate to in some kind of way. I cannot name a specific person that influences me most besides my inner voice but, like many others, I like to listen to other artists and bands. I listen to music daily and save the songs that inspires me in different playlists. Sometimes I just try to see the environment around me and write songs about it, for example, what I see outside the window or on the bus.”

As you’re fully aware, FLW really warmed to your most recent single’Hiding Places’. With our interpretation of this second single published, it would be very interesting to learn your thoughts regarding this single release. 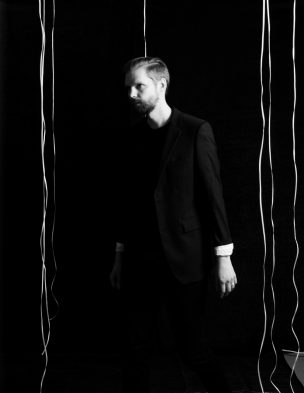 “‘Hiding Places’ was recorded together with producer Thomas Harsem in Uppsala where I live now,” begins Rain On Monday after some intial thought. “Thomas has become a big part of Rain on Monday after he produced the debut single ‘Kill My Love’ earlier last year. With ‘Kill My Love’ we created the Rain on Monday sound, and we used the same kind of structure for ‘Hiding Places’. We complement each other well, and the recording process went quite quick and smooth with a few studio sessions during the summer and fall [autumn]. I like that me and Thomas try to keep things simple and efficient as well as trying to find the right vibe for each song we work with and then go for it. Sometimes it doesn’t have to be harder than that. Referring to the lyrics of ‘Hiding Places’, it is a song about the feeling you can have when you try to avoid a person you have feelings for but don’t know how to act when you run into each other.”

Sounds like the foundations of a perfect love song in our humble opinion.  Bearing this in mind, what is your opinion of how your songs transmitt to a wider audience in Sweden, and what is the current environment like for indie music in the country as well?

“There’s a lot of great music coming from Sweden and that’s cool and inspiring in many ways, but makes it also harder to reach out with your own music,” Rain On Monday explains. “I find that Swedes are picky with their music, and it feels like the live scenes for smaller and local bands is slowly dying. I would like to say that the reception for Rain on Monday has so far been better abroad, but I started to notice that the number of listeners in Sweden has begun to increase after the release of ‘Hiding Places’, which is fun.”

Have there been any strange occurences since starting out on this road of rock and roll?

“It’s always fun to enter the studio and start working with new songs and it’s very exciting when it’s time for the release day and to receive the first responses. There is much left to explore with Rain on Monday, and I’m still waiting for the big and weird moments to tell you about. I look forward to it!” 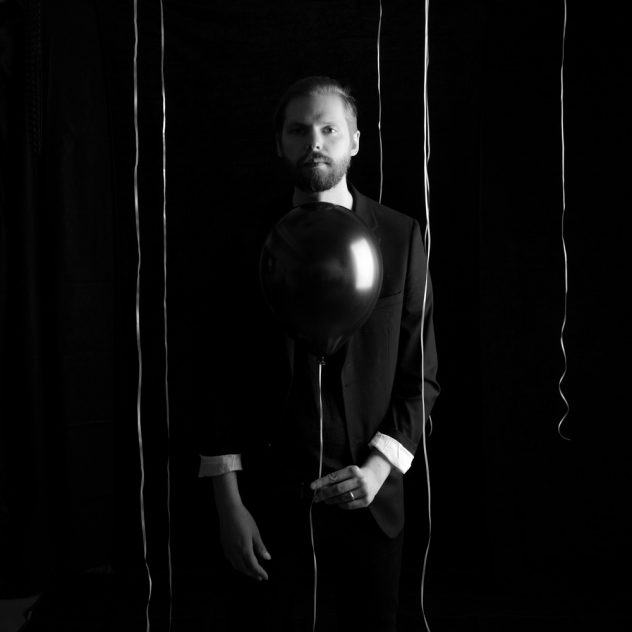 What three items can Rain On Monday never be without?

“Guitar, a guitar capo and my cell phone mostly for recording my ideas and writing down some lyrics.”

We’ve heard rumblings of new material from Rain On Monday on the horizon. Any truth in these words?

“I think it’s inspiring with the New Year because it feels like a good time for fresh starts with new ideas,” which picks up on FLWs earlier comments during the introduction to this article as fresh beginings certainly appear to be happening for Rain On Monday as he affirms. “The plan is to get the project to continue to grow and reach out to more listeners and collaborators. I also look forward to write and record more new songs with Thomas [Harsem], and I hope that people are excited to hear more stuff from Rain on Monday.”

As Rain On Monday leaves FLW with a “Big thanks for the interview!” and a warm feeling at the thought of new material from the Swedish singer-songwriter planned for 2018, all prospects sunddenly appear much brighter for the year ahead, especially as the rain clouds part allowing for some much needed light until the next downpour that is. No matter as the two singles issued to date by Rain On Monday will help to ease the gloom of the winter weather by offering an additional form of company by way of a combined effort of 80’s pop music and indie alternative guitar sounds. In other words, fresh starts all round.

The harsh climate and the people who live there has its charm and there’s for sure a certain melancholy that you get after spending most of the year with long, cold dark winters."

If 80’s music is a big influence in terms of your own song writing, then do you have a few favourite bands from that era?

“U2 has always been a favourite band for me since I was young. So I have listened much to U2’s albums from the 80’s when I was growing up. I also know that The Cure is one of Thomas Harsem [producer] favourites and I think you can also hear some influences from them in the Rain on Monday sound.”

Bringing the music up-to-date, what three records are you currently listening to and why?

“The National – ‘Sleep Well Beast’.The National is my current favourite band. I think all their songs are awesome.

“The War On Drugs – ‘A Deeper Understanding’. I recently saw The War on Drugs live at Annexet, Stockholm and it was a nice experience. It’s also the best car music.

“Peter Bjorn And John – ‘Writer’s Block’. I am currently in the process of rediscovering Peter Bjorn and John’s music. Great musicians and inspiration.”

The Long Harvest Call Of The Wild
Back To Top