Making a stunning comeback, I Was A King come out on top with their latest album, ‘You Love It Here’.

It’s cramped inside here, with hardly any space to move let alone room to breathe. Lead vocalist, and all-round gifted musician, Frode Strømstad looks like a man with the whole weight of the world on his shoulders as he constantly fidgets in his seat, flickering glances downward at the adjacent mobile while his compatriot, Anne Lise Frøkedal remains calm and collected yet very aware that I Was A King’s leader is feeling the pressure. The reason for this claustrophobic atmosphere is due to various commitments regarding the band’s impending soundcheck, especially as the band is due to start performing in approximately forty minutes and we haven’t even fired the first question yet!

Before formalities get under way, it is worth providing a little background detail here, as some people may not be aware that Norway’s I Was A King is currently promoting their third album, ‘You Love It Here’. Prior to this release, two albums, ’I Was A King’ and ‘Old Friends’ reflected the claustrophobic atmosphere felt this evening, as both releases contained a hotchpotch of ideas which, on first listen, sounds muddled but with repeat listening it becomes clearer that both albums are trying to make sense of the chaos beneath the layers. Often sonic affairs, with some sweeter moments thrown in (‘Snow Song’), I Was A King tipped their collective hats to the Flying Nun roster of New Zealand, with an added helping of Sonic Youth, Captain Beefhart (‘Unreal’), The Beach Boys and, more notably, Teenage Fanclub in relation to these first two albums. As it transpires, latest offering ‘You Love It Here’ has gone one step further in terms of wearing its influences on its sleeve by actually enrolling the talents of Norman Blake (Teenage Fanclub) and former Soft Boys vocalist, Robyn Hitchcock to help with performance and production duties. This subject proves to be the perfect icebreaker, as Frode Strømstad instantly warms to the memories of the recording sessions held in his hometown of Egersund.

“The album was recorded and produced by two of my favourite artists – Robin Hitchcock and Norman Blake,” beams Frode from underneath his peaked cap. “It’s actually the first time we have worked with producers like that in the whole process, so it was something refreshing for us. The previous albums we didn’t have too many plans when we entered the studio, as we only had the skeletons of the songs.”

From the off, ‘You Love It Here’ sounds like an album more at ease with itself, as songs are more restrained and the overall album structure more cohesive. The scents of Messer’s Blake and Hitchcock are evident throughout, as the songs offer a greater melodic texture with their chiming guitars and sweet addictive hooklines – the gorgeous urgency of ‘Leave’, for example, and driving beat of ‘The Woods’ suggesting that I Was A King has really found their footing and, more noticeably, their confidence.

It would be a great disservice, of course, to suggest that ‘You Love It Here’ is the greatest album to surface out of Egersund this side of the fjords due to Blake and Hitchcock’s involvement, because Frode Strømstad has slowly, and steadily, crafted his way to this glorious summit by means of carefully selecting and shedding all previous baggage that was worked out in those formative years as explained by Frode: “The songs have always had a pop song in there, but now it’s less noisy and the songs are longer.”

Make no mistake that this is a Strømstad album, and one he can be proud of, as he can of other decisions regarding the band’s development by recruiting the services of Harry’s Gym vocalist Anne Lise Frøkedal, whose employment seems to have settled the ship due to the band resembling a revolving door from before in terms of recruitment. 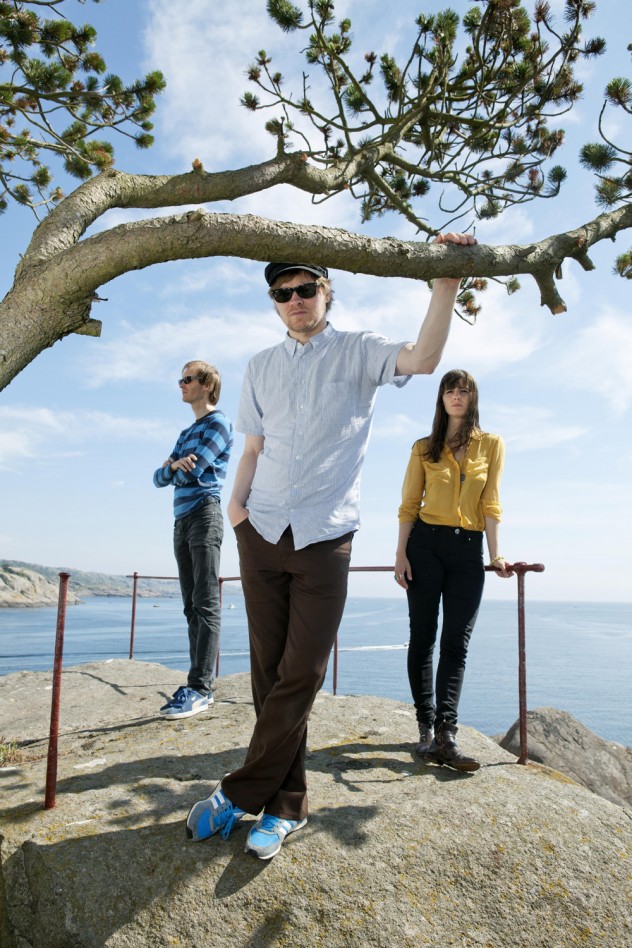 “We’ve been working more closely together over the years, and I think we’ve found a good balance as it’s really nice,” comments Anne Lise Frøkedal regarding the band’s more settled line up. “I got really inspired and found it easier to write the lyrics for all the songs for ‘You Love It Here’, as the band is pretty stable as well now as Ole Reidar Gudmestad has been with us a long time on bass and he was also in the studio with us.”

The thought of performing two central roles in two different bands, and both on a level par in terms of brilliance, must be a strange sensation for Anne Lise Frøkedal due to the stark contrasts in sounds of I Was A King and Harry’s Gym. It must feel like removing one head and then replacing it with another.

“I haven’t really thought of it in that way,” responds Anne Lise Frøkedal laughing. ”I have been asked that a few times, but I really love this music. So I don’t think of it as doing something completely different, even though the bands are very different. Also, I don’t really think about it, as a lot of people are in two bands these days. It’s kind of like seasonal work.”

With this more settled environment, and the involvement of outside musicians allowing for a more focused end product, I Was A King can also be praised for their genuine openness to new ideas; hence the involvement of Norman Blake, for example. Therefore, how exactly did Norman Blake get involved with a Norwegian band from Egersund?

“On the first album [‘I Was A King’] there is a song called ‘Norman Blake’, and the label in the UK, who put out that single, sent a copy to Norman. So I think that’s how he got to know about the new album. Then we supported Teenage Fanclub when they came to Olso a few years later and we just kept in touch. So when I first asked him if he wanted to be involved, he was really happy about it.”

Did Norman Blake and Robyn Hitchcock have a very hands-on involvement with the latest album in terms of performing on any of the tracks?

“We recorded everything as a full band as if everything was live,” cuts in Anne Lise. “They were sitting in the control room playing acoustic guitars, and the rest of us were out in the bigger room playing together. So we were all recording at the same time.”

With the band admitting that they have “embraced the melodies more, and there is a lot of focus on vocals and vocal harmonies as well”, something of which is best witnessed live after tonight’s majestic performance at Café Mono (Oslo), ‘You Love It Here’ deserves to be knighted at the top of the indie pile when the ubiquitous end-of-year polls are announced for best albums due to its irresistible charm and gorgeous melodies. If anything, the next release from I Was A King has become a much anticipated commodity in the FLW bunker. Long live these glorious Kings!

I got really inspired and found it easier to write the lyrics for all the songs..."

Frode Strømstad of Egersund’s I Was A King informs FLW of a rather bizarre, yet amusing incident during a live gig overseas.

“We experienced a strange incident when we played in Brussels. The venue was unusual because some of the people who arranged the gig actually lived there as it was their apartment. The guy who was promoting and doing the sound – we came in pretty late and didn’t have much time to do the soundcheck – spent so much time setting up because he wanted to record the show. So he spent all the time we should have been soundchecking setting up loads of microphones. Then, when we started to play, he also made us some food. So he was doing sound, running to the kitchen to stir some soup, then he came to the front of the stage and started dancing as he was really excited about it. Afterwards, when he had finished recording all the tracks and everything, he found out that he hadn’t recorded any of my vocals. He did everything else with a thousand microphones but he didn’t get any vocals!”

This Is For Real Comfort In Sound
Back To Top