Making Waves Overseas With Their Instrumental Sounds Is Secret Agent.

A rare breed in the current climate of music and, for some, a genre heading towards extinction. Not so if your name is Secret Agent; a trio strongly focused on creating instrumental compositions, in addition to reviving past cultural themes and applying modern touches to their records.

Currently residing in Mexico City, Mexico, Secret Agent is three-piece band fusing classic sounds from the golden days of instrumental surf music, to admiring the distant twang of film scores from spaghetti westerns and the sophisticated notes of spy movies, whilst never forgetting that all essential ingredient of rock ‘n’ roll. 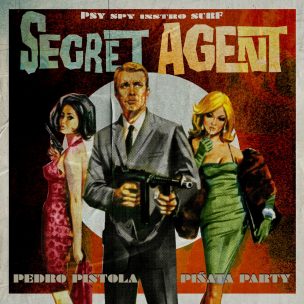 With all such influences considered, Secret Agent apply their own version of events where the foundations of Henry Mancini’s ‘Peter Gunn’ via Duane Eddy’s interpretation of this track remain intact, apart from light twists of electronica by the Mexican trio. It would seem, therefore, it is all in the formula when it comes to Secret Agent and their brand of instrumentals where you will hear the occasional guest vocals during a couple of their tracks.

In the process of a hot creative streak right now, and two EPs already to their name, the band of Rick Deliz (guitar), Rack Aguirre (bass) and Alis Emerson (drums) recollect their initial days to Famous Last Words (FLW), in addition to a few anecdotes about their recordings and their current position creatively.

RICK: “Secret Agent (Rack, Alis and I) got together in Mexico City late 2015 to form the band. We were touring together as side-musicians in a backing band for a popular Latin Pop group here in Mexico/Latin America. It was from this experience that we realised that we gelled rather well, so it was inevitable.” 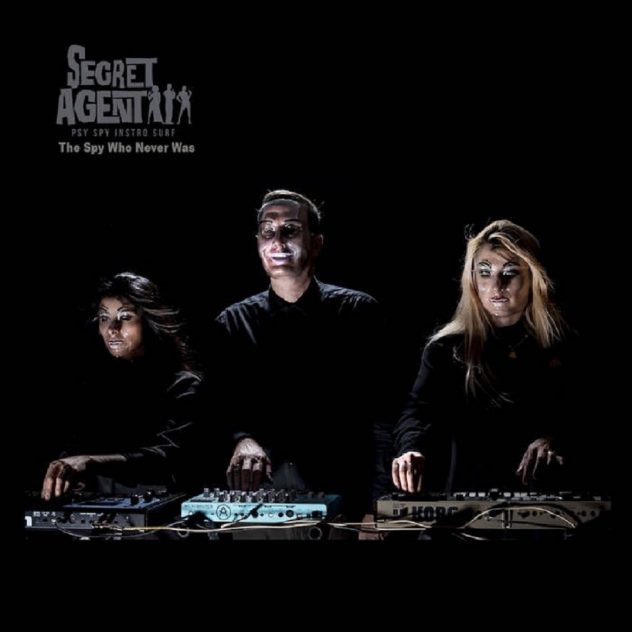 What were your reasons for deciding on becoming an instrumental band?

RICK: “I was fed up dealing with vocalists on some of my past bands and was listening to a lot of The Ventures [instrumental band] at the time. So, since we are a three-piece (guitar, bass, drums), we thought it would be cool to be just instrumental.”

Will you use vocals on future releases?

Who do Secret Agent regard as influences when it comes to your own music?

With a couple of EPs to your name, when did the recordings take place for these?

How long did the EPs take to record and complete?

RICK: “We recorded basic tracking on both EPs together live as a trio which took about 1-2 days each. Between overdubs, vocals, sessions from our guest synth player Juan J. Covarrubias, mixing and mastering, it took around six months to a year for final completion.”

Any problems along the way, or was it an easy experience?

RICK: “It was a pretty easy experience and a lot of fun! Budget was the main factor on the time frame since we are an Indie band with limited resources.”

Do you have a favourite track from each EP? What are your reasons for these choices?

RACK: “’Desert Mission’ and ‘Peter Gunn Theme’ are my favourites. They remind me of cool film soundtracks.”

ALIS: “’The Spy Who Never Was’. It has a powerful vibe right from the start and lots of energy. When playing this song, it is easy for me to convey what I am feeling. ‘Penetration’ has become one of my favourite Surf covers. The fast tempo is perfect to get the audience to jump around at each show.” 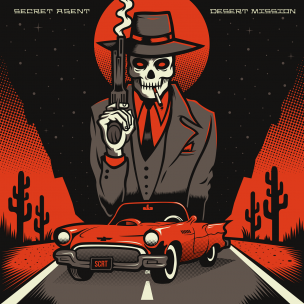 RICK: “’Peter Gunn Theme’ off the first EP. I got a chance to include a reversed guitar solo, like Jimi Hendrix, and I have always loved Henry Mancini. Off the second EP it would be ‘The Spy Who Never Was’. I love the Ramones punk vibe with the flat fives like Black Sabbath. I also dig the Spanish vocal collaborations; both have great vibes.”

What details can you provide regarding tracks ‘Desert Mission’ (big spaghetti western influence going on here) and ‘Mata Hari’, which is an interesting track because you have used vocals, and what were the reasons for this?

RICK: “’Desert Mission’ was our first original song we wrote, influenced by Ennio Morricone Western soundtracks and a bit of The Ventures ‘Walk Don’t Run’. We wanted to get that Spaghetti Western feel with a Lap Steel. ‘Mata Hari’ was co-written with Vince (Rebel Cats) who are extremely popular. I played Lap Steel as a guest on his alternate Country Western project Vince & Los Llaneros Solitarios and we thought it would be fun writing together, which it was. I sing it live and, when he’s available, Vince hops on stage with us to sing the song.”

Interesting to note that the EP ‘Pedro Pistola…’ refers to several classic instrumentals from the 50s/60s. What were your reasons for covering these classic tracks, and is Secret Agent generally a fan of 50s/60s music?

RICK: “I had been in a rut composing original music for quite some time. So, when Secret Agent was formed, I thought it would be good to break the ice recording some classic songs that The Ventures had covered and that I dug. Secret Agent is a fan of many music genres. My father listened to 50’s rock ‘n’ roll and it kinda grew on me later in life, and we dig 60’s artists/bands like The Beatles, Rolling Stones, The Doors and Cream to mention a few. We are pretty passionate music fans.”

What three items can Secret Agent never be without?

RICK: “Firstly, our transparent bizarre face masks which we use in part of our live show (see our video for ‘The Spy Who Never Was’). Secondly, our merch which has cool artwork from Stoner Graphics. Thirdly, our instruments which we endorse: Gretsch, Fender, Tama, Remo, Paiste, Pro-Mark, among others. Also, we use sequences on an iPad, so our synths sound live, which adds a psychedelic touch.”

What are your experiences of being an instrumental band in Mexico? Is there much support from audiences and music media for this genre of music or do you find it difficult trying to turn people on to instrumental music? 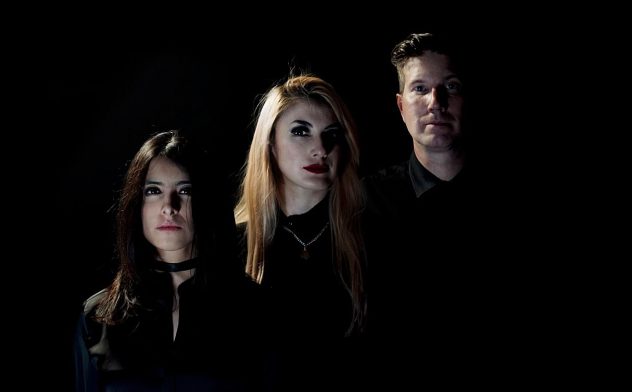 RICK: “Mexico has a strong neo-surf scene since the early 90’s, and we have been lucky getting support by media and some of these influential bands like Los Esquizitos. Alex Garbage (their guitarist) has jammed with us at a few shows. And our female rhythm section has a big following courtesy of other bands they play in (Ruido Rosa & Abominables), so that has helped us get noticed.”

What is next for Secret Agent?

ALIS: “We will be releasing a 10″ vinyl edition of ‘Mata Hari’ with Ola Records (Spain) and a CD of both EPs with Double Crown Records (USA) later this year. We are already writing the new EP titled ‘Moros En La Costa’ and plan on releasing the first single in December.”

RICK: “Check out our web page www.secretagent.com.mx plus our social media pages for updates, stay safe and keep rockin’!”

Mexico has a strong neo-surf scene since the early 90's, and we have been lucky getting support by media and some of these influential bands like Los Esquizitos."

Are there any anecdotes Secret Agent is willing to share since the band has been together?

RACK “When we were finishing recording basic tracks at El Padrino Studios in Puerto Rico, we almost lost our return flight to Mexico because we let the owner/engineer of the studio take us to the airport. However, instead of taking us to the airport, he took us to a bar, and we got pretty drunk! Despite all of this, we ended up not missing the flight.”

Engine Running Fine Past And Present
Back To Top