Breathing new life into a traditional rock sound is newcomers Jo below.

Despite residing in unprecedented times there are some bands determined to finish what they started. One such example is Finnish alternative rockers Jo Below.

By continuing to pursue their creative goals throughout the whole process of lockdown, Jo Below worked incessantly on numerous tracks, whittling it down to a reasonable number that would make up the band’s first official release.

With news of said recordings coming by way of the soon-to-be released ‘By The Rules’ EP, the four-piece comprising of Johanna Kari (Vocals), Roni Seppänen (guitar), Jonne Lindqvist (bass), Olli Vartiainen (drums) put their best foot forward via first teaser ‘Paying For More’ issued as a digital only release. The song ‘Paying For More’ displays the band’s qualities via powerful vocals and a sound that knows how to rock hard yet remains in tune with its melodic side. Additionally, Jo Below show signs of referencing past examples of traditional rock, but instead of repeating an exact formula, the band opt to transform such sounds with a modern alternative edge. 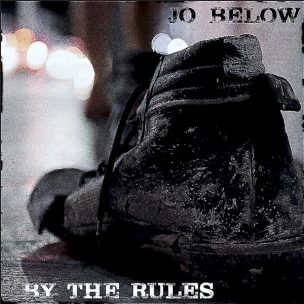 Judging by the strengths of debut offering ‘Paying For More’ taken from the forthcoming EP, it all makes for a heady brew and one that tantalises the senses in preparation for the official EP release.

Considering Jo Below has not been in existence long, having formed in 2017, little is known about the band. However, word is rapidly spreading of the qualities of this outfit as a band to watch. Further insight is therefore required regarding this four-piece band and their forthcoming EP ‘By The Rules’ which, setting aside their creative endeavours for five minutes, Jo Below perused over the questions dispatched by Famous Last Words (FLW) to give their version of events.

How did the band get together?

Roni (guitar): “Jo Below was formed in 2017 after our previous band, Devil I Know, disbanded. Jonne (bass), Olli (drums) and I were looking for a singer. After a few weeks of searching we found Johanna, with whom we instantly hit it off both musically and personally. Having a female singer really gave our music a new angle, and I think the material we are now releasing is better than anything we’ve done before.”

Who do Jo Below consider as influences when it comes to your music?

Roni: “Loads and loads of bands from different eras. Basically, anything from 1970’s/1980’s arena rock to pop punk, grunge and southern rock.”

Olli (drums): “I think the range of styles and genres we all listen to is so wide that hopefully you can hear it, in a positive way, in our music. We’re keeping an open mind towards all kinds of music, including our own.” 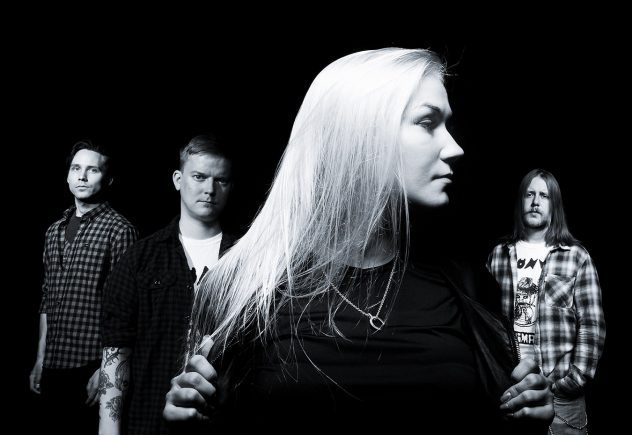 Olli: “Loud but controlled. You can have a huge wall of noise, but you also know when to be quiet.”

What is it like being a new band in Finland, and how is your music being received by audiences and music press critics? Also, do you think there is a good music scene in Finland for alternative rock and hard rock bands in general?

Roni: “Rock music is alive and well here, although the live scene has been suffering lately. Our latest single, ‘Paying For More’, has received some nice coverage in Finnish rock/metal media and we’ve been quite surprised that it has been playing on a major pop radio station here. So, things are looking rather good now.”

Your debut EP ‘By The Rules’ is out in September. Can you provide details to the following?

When and where was the EP recorded?

Roni: “The EP was recorded in various sessions between 2017 and 2019. The whole thing was recorded at our rehearsal studio and mixed at Sonic Pump Studios here in Helsinki.”

How long did the recording process take for the whole EP?

Roni: “It took way longer than was expected – almost 2 years. We recorded 10-15 songs and picked 5 of those songs for this EP. So, there is a lot of material we can use later.”

Did you meet any problems along the way or did the recordings all go to plan? 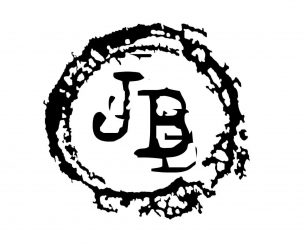 Roni: “I don’t think we encountered any big problems. We didn’t plan this to take so long, but other than that everything went quite smoothly.”

Do you have a favourite track from the EP and what are your reasons for this?

Roni: “I really like ‘All That Is’. The working name for the song used to be ‘Headbanger’, and I think you’ll understand why when you listen to the song.”

Johanna (vocals): “My personal favourite is ‘Bet On’. I just really like the composition and melody in general.”

Olli: “’Bet On’ is a good dynamic rock song with a good vibe and Johanna did a great job with the vocals.”

Who writes the lyrics for the songs, and what inspires you when it comes to writing the words? For example, there seems to be a bit of a “gambling” theme to some of the songs, not gambling in terms of money but in terms of life choices and decisions would you agree?

Johanna: “I do. What inspires me? Mostly what kind of thoughts I am going through, or if I come across an interesting topic I feel like writing about. Gambling? Well, you could say ‘Russian Roulette’ and ‘Pleasure’ talk about gambling in life choices.”

And while we are on that topic, what can you tell FLW about the songs ‘Russian Roulette’ and ‘Paying For More’?

Roni: “‘Russian Roulette’ is the EP opener. It’s a catchy mid-tempo rock song with a bit of pop/disco flavour in it. ‘Paying For More’, which was released as a single a few weeks ago, is more of an in-your-face up-tempo rock tune in the style of Motörhead and Halestorm.”

What were the reasons for choosing to release ‘Paying For More’ as the first track from the EP?

Roni: “We wanted the first single to grab the listener’s attention immediately, and ‘Paying For More’ is the perfect song for this. It’s a pretty wild and fast-paced song that will leave you gasping for breath.”

Considering the title of your forthcoming EP, do Jo Below like playing by the rules then?

Olli: “Depends on the rules. In music, it is sometimes nice to break the rules, and I’ve always loved a surprise element if it adds something to the song.”

Who came up with the cover idea for the EP?

Olli: “I saw this old abandoned shoe on a street in Mexico and decided to take a picture. I liked how the picture looked and ended up offering it for the EP cover. There’s no deeper meaning to it, just a cool photo that I abused with some photo editing.”

What three items can the band never be without?

Do you have any views on female singers fronting rock bands, and are there enough women involved in music?

Johanna: “In my opinion not enough. For me personally, if I see a random event with different rock bands, what is always interesting and head turning is having a female in the rock band. It doesn’t really matter whether it’s a singer or a player. It’s still more rare to see females in rock bands, and to me that way [is] also interesting and cool.”

Back to the lyrics. Are the lyrics for your songs coming from a female/feminist point of view?

Johanna: “No. ‘Pleasure’ is the only song on this EP that tells the story from the female point of view.”

What is next for Jo Below?

Roni: “We are constantly working on new material, and we’re hoping to release new music in the first half of 2021. And, like every band now, we are anxiously waiting to hit the road.”

Roni: “For readers of FLW, make sure to mark Friday September 18th on your calendar. ‘By The Rules’ EP will be out then, and we can’t wait to hear what you think of it.”

We wanted the first single to grab the listener’s attention immediately, and ‘Paying For More’ is the perfect song for this."

Roni: “A few years ago, when our band was still called Devil I Know, we were booked to play a festival gig in Ukraine. We had to cancel the gig just a week or two before the festival, because the war in Ukraine had begun and things had gotten pretty wild in that area. So that was a bit unusual.”

Olli: “I think we all have had plenty of Spinal Tap moments in the past, but with Jo Below they might still be ahead of us. Strangest thing might be the electricity at our rehearsal place or lack of maintenance, but I am quite sure Roni’s guitar amp is haunted. Another strange thing that has happened to us was that our previous rehearsal place was raided by the Finnish police. Turned out that there was a secret room where someone was growing a huge amount of weed. That explained the odd smell we had to deal with from time to time.”

Los Instrumental Trio Less One Knows
Back To Top