Entering the fray once more, Red Light Runner is back with a new single.

Hailing from Kent in the UK, newly reformed Red Light Runner aim to make this second venture a permanent fixture. With strong indications suggesting that this could be their moment, due to recently released double A-side single ‘Just Might Find / Lucky Thirteen’ indicating much verve in their sound and evoking memories of American alternative rock acts such as Jimmy Eat World, Red Light Runner’s reinvigorated state could just be the ticket to much wider acclaim.

After being left highly impressed by Red Light Runner’s comeback single, Famous Last Words (FLW) was eager to learn more of this four-piece band, and the reason(s) which motivated them to blow the cobwebs from their instruments in order to start writing and recording again.

Finding the band between rehearsals for a number of forthcoming live dates, Red Light Runner – comprising of Dan Balsom (vocals/guitar), Russell France (guitar), Lee Vickery (bass) and Joe Michael (drums) – are in good spirits, no doubt as a result of the positive reviews from various sections of the British music press and, more importantly, the zealous reactions from a longstanding fan base whose patience has finally been rewarded with the infectious double A-side of indie guitar rock that is ‘Just Might Find / Lucky Thirteen’. 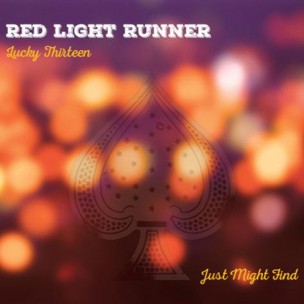 Pushing to the front in order to answer the long line of questions scribbled on the notepad right under the nose of FLW, vocalist and guitarist, Dan Balsom opts to provide the answers while the rest of his bandmates continue with a bit of fine-tuning in the background before their next step on the comeback trail performing live after a considerable number of years away from the spotlight.

“We originally formed around 2004 from the ashes of previous band The Chase Scene,” begins Dan Balsom regarding the birth of Red Light Runner. “We had a slightly different line up with Craig on third guitar, who’s since left, and Dan on drums who has also moved on to be replaced by Joe [Michael]. We did a two-track demo, which we recorded in a Church with Ian Sadler (Emeline Studios) and our first EP, recorded with Dan Lucas (Anchor Baby), went out in about 2007.”

Why did Red Light Runner decide to disband in 2008?

“We split purely due to circumstance,” comments Red Light Runner’s vocalist. “Our previous drummer, Dan, and current guitarist, Russell [France], went travelling for most of 2008. Russell actually moved to Preston when he came back. Lee [Vickery] formed a new band, We Unite, with our original drummer Dan, and they split a few years later. We got back together at the beginning of 2014, with Joe [Michael], formerly of Call of The Search, Cascade, amongst others on drums.”

Considering their lengthy absence from the music scene, Red Light Runner has probably encountered a number of changes to an industry that now relies heavily on social media to promote its products and the medium of downloads to transmit its music, compared to the once popular word-of-mouth and CD format to achieve the desired results of promoting bands. 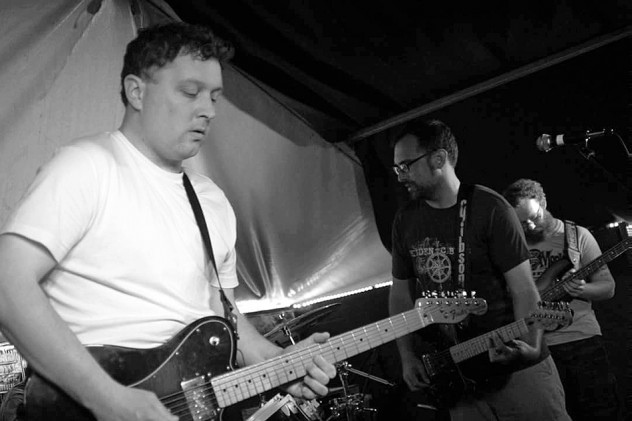 Having started out in 2004, and then taking a hiatus of sorts in 2008, only to reform in 2014, the current playing surface of the music industry must be rather unfamiliar to Red Light Runner?

“We think the industry has moved along at a fast pace in the six years we weren’t around,” responds Dan regarding the changes of the music business. “There are advantages to that as it’s much easier for bands to network these days with the introduction of social media, and to get a high quality recording for a relatively small amount of money. It’s the same with music videos, which can only be a good thing. On the flipside, however, we think that far less people go to see local bands these days as a result [of these changes], especially in Kent.”

Recognition of the changing nature of the music industry and Red Light Runner’s position within such a fluctuating climate is duly noted by lead vocalist Dan Balsom, but it is not of the highest concern, and rightly so. If anything, the present state of the music industry is actually to Red Light Runner’s advantage, considering there is no particular genre currently dominating when it comes to an overall scene as evidenced from previous decades. Therefore, by tweaking the formula of their earlier sound and without a necessity to bring it up-to-date (see above), Red Light Runner still find themselves in uncharted territory, but it is a position that allows them great flexibility as their decision to revisit a sound influenced by grunge and punk music, albeit with considerable more pop hooks, is the one chosen for current single ‘Just Might Find / Lucky Thirteen’.

“I think we take elements of whatever we’re listening to at any given time in terms of the songs we write,” explains Dan regarding Red Light Runner’s sound. “We’re far poppier these days than we’ve ever been, with bands like The Get Up Kids, Jimmy Eat World and The Gaslight Anthem shaping our sound. A lot of our new songs have stemmed from a riff or an idea that someone might bring to rehearsal, and have come together quickly over the course of that session, so I guess we inspire each other, which is great. When it comes to the song lyrics, I write most of the lyrics and melodies. Although not autobiographical, a lot of the lyrics are based on experiences and feelings that are personal, but are portrayed in a more subliminal way.”

Talking of lyrics, can you provide some details regarding the two songs from Red Light Runner’s present single?

“Broadly speaking, ‘Lucky Thirteen’ is about opening your eyes to what is around you and appreciating what you have, [whereas] ‘Just Might Find’ is about making peace with people that have hurt you in the past.”

Did it take a while to write these songs after taking such a lengthy break from song writing?

“‘Just Might Find’ is a song that was kicking around just before we split,” recollects Dan. “It really came together when Joe joined the band, and ‘Lucky Thirteen’ was the first song we wrote together with the new line up. It came together very naturally. We’ve written a handful of other new songs, which we hope to record later this year as part of a new EP. Recording the latest release was a relatively smooth process, the main problem was Joe shirking his tea making responsibilities!”

Why the decision to release your current record as a double A-side?

“We wanted to record two songs that we had ready, and we liked them both, so we decided a double A-side was the way forward,” Dan explains concerning the band’s decision to release the single as a double A-side.

Where was the single recorded, and how long did it take to record?

“We recorded at Emeline Studios with the mighty Ian Sadler over the course of a weekend last September. We’ve known Ian for ages and he’s great at getting the best out of the bands he records. We’re delighted with the outcome.”

Are there plans for a full album at some point?

“We’d love to produce a full length [album] at some point, but it’s not on the agenda just yet. Next up will be a longer EP, which we hope to get done this year.”

What are your current and future plans for Red Light Runner?

“To have fun, play a load of shows and record our next EP.”

“Be nice to people, it’s easy and important!”

Lucky Thirteen is about opening your eyes to what is around you and appreciating what you have..."

“Finding a function on my phone that allows you to put someone’s head on someone else’s body kept us amused in the studio for a while. Also, my vocal warm ups seemed to cause much amusement as everyone enjoyed mocking them.

“There was a time when we were getting our gear out of the car for a show and Russell’s guitar shot out of its case and slid under another car – that could have been in the funny category also, although it got a bit scratched up, which wasn’t ideal.”

“The new Come The Spring EP, ‘Revive’, is dominating my playlist at the moment as well as ‘Candle’ by Iris, who’ve just split which makes me sad! Uptown Funk is constantly on repeat in my car thanks to my kids.

In Bloom In Search Of Greatness
Back To Top