HT Heartache is the moniker under which Mary Roth plies her alt-country sound, which is built on atmospheric soundscapes and filled with some of the most hauntingly beautiful vocals that one is likely to hear this side of the Atlantic. By applying a label of “Down tempo, gothic, country” as a means to describe her own music, is a description worth considering when the songs are often wistful in nature and engulfed by shadows, and where comparisons with Hope Sandoval’s Mazzy Star and the dextrous touches of Canada’s Cowboy Junkies flicker intermittently in the background.

Having completed her apprenticeship with debut album ‘Swing Low’ in 2010, produced by Gus Black and Sam Johnson, HT Heartache took the time to further her song writing skills by employing a different approach to her work methods, which resulted in a collaboration with multi-instrumentalist and producer Christina Gaillard and the release of sophomore album, ‘Sundowner’ in 2014. 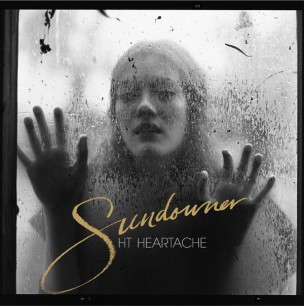 With much critical praise blowing her way on the back of the rather excellent ‘Sundowner’, which has recently seen its nine songs given the vinyl treatment, it was fascinating to hear the thoughts of HT Heartache regarding her musical career to date, and of the things which inspired her to write the songs that are, in her words, “Heavy on the alt, light on the country” when it came to this second album release.

“I tend to write pretty personal lyrics, some more literal than others,” begins HT Heartache regarding her song writing. “Every song is telling some sort of a story whether it’s truth, fiction, my own life experience or someone else’s. I want to say a lot, but in a simple way. I want to write songs that feel distant and yet somehow intimate and relatable at the same time.”

Where did this all begin for you as a singer-songwriter?

“My dad was, and still is, a country boy and an incredible singer. In college he recorded a gospel album entitled “Virg Roth sings: Now The Day is Over”. He moved from Ohio to California in the 1970’s and opened ‘The Lone Star Saloon & Steakhouse’ in Pomona which, although short lived, hosted legendary artists like George Jones and Merle Haggard. I was very enchanted by this stuff growing up and I’m sure these stories were the earliest seeds [in terms of my involvement with music]. Eventually, when I started learning to play guitar it was on my dad’s 70’s Alvarez.”

Did you have intentions of starting out as a full band or did you always want to be a solo artist?

“As HT Heartache I’ve played with a lot of different friends and line-ups over the years, so the line between solo artist and band has always been a little blurry,” she explains. “It was a fantasy of mine at one point to sing in a band, to just be a lead singer, but I never pursued that. I think it takes a certain personality to thrive as a band member, and whatever those necessary qualities are, I lack; namely, a love of performing and an ability to be un-selfish.”

In relation to your album ‘Sundowner’ you collaborated with Christina Gaillard (see above). How did this collaboration come about, and what were your reasons for deciding to work in this way?

“I met Christina a few years ago through a mutual friend who recommended her to me as a wonderful drummer. She just had the coolest vibe and I wanted to make music with her really badly. ‘Sundowner’ was initially only intended to be a short EP that Christina was going to produce, but as things got rolling we tapped into a musical chemistry that I think exceeded both of our expectations and propelled us toward a bigger goal.”

How long did it take to record the album ‘Sundowner’?

“We worked on it for over a year and a half before it was finished,” says HT Heartache. “There were a lot of other things going on in both of our lives during that period so it wasn’t a year and a half entirely devoted to working on the album, but it did take us a long time. Probably the biggest reason was because, as I mentioned, we decided to release a full-length album as opposed to an EP, which I didn’t have the material ready for. We would record whatever song I had finished, then generally have to pause operations until I had written the next one.  Aside from the rhythm guitar which I play, Christina was the only musician on the record. She was composing and playing parts for 4-6 different instruments at a time. It took time.”

Are you pleased with the outcome of the album or in hindsight is there anything that you would have done differently?

“Yes, I’m pleased. Of course I listen to it now and hear things that I could have done differently or better, but those are inevitable emotions for me.  I see finishing a record as more of a decision to be finished versus a feeling that it’s done. If I didn’t look at it that way, I would never finish anything. It’s easy to get lost in this pursuit of perfection where you’re mixing, re-mixing, embellishing and re-recording parts forever. It’s a terrible rabbit hole to get stuck in.”

Before we become too engrossed, therefore, in the finer details of ‘Sundowner’ and end up over-analysing its contents and find ourselves trapped in the very “rabbit hole” which you referred to, FLW is keen to ask what music is HT Heartache currently listening to outside of your normal working hours? 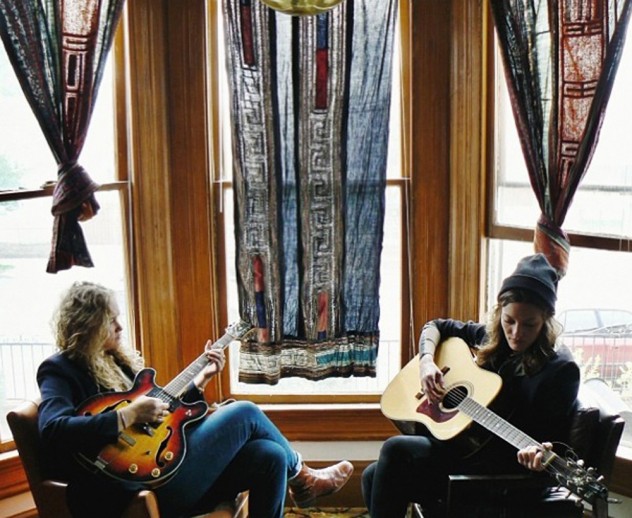 “I listen mostly to classical music,” is the immediate reply and one that explains a portion of ‘Sundowner’s’ reliance on atmosphere. “Right now, I’m listening to Anton Webern and Leopold Stokowski a little bit after reading about them both in a book and becoming curious. My favourite song of the moment is “Don’t Let Go” by Roy Hamilton.”

With ‘Sundowner’ still attracting attention after last year’s release, what are your plans for the rest of this year?

“I’m in a song writing phase right now. It’s been a little while since I had a hot creative streak, so it feels good to get back into the zone a little bit. I’ve been presented with a kind of unusual song writing opportunity which, if I take on, would point to a new HT Heartache release in 2016. We’ll see.”

I want to write songs that feel distant and yet somehow intimate and relatable at the same time."

The country music legend George Jones that HT Heartache referred to when speaking of her father’s The Lone Star Saloon & Steakhouse in Pomona also had another identity, albeit briefly, when he recorded under the guise of Thumper Jones. A reason for this brief transformation in George Jones’ recording career was due to the onset of rockabilly and, significantly, Elvis Presley’s impact on a fast evolving music scene. Apparently reluctant to record under such a moniker as Thumper Jones and embrace the new breed of music titled rockabilly during the 50s, George Jones succumbed and ended up recording something of a corker with ‘Rock It’ to name one such example. As brief as rockabilly lasted, so did this transformation for George Jones who returned to his country roots.

The Comeback Kid Better Late Than Never
Back To Top