The Down Under hepcat – Kieron McDonald – is limbering up for a few live dates before returning with a new album and dates planned later this year in Europe.

Given the distance between Norway and Australia, the most plausible option for a natter with Australia’s very own rockabilly hepcat – otherwise known as Kieron McDonald – was over the telephone. Once the meter was fully charged, Famous Last Words was given five minutes with this cool cat – due to a pressing schedule of band rehearsals with his rockabilly Combo in preparation for an impending festival date – to talk briefly about his recordings and all things swamp infested. So, without further hesitation, FLW was keen to see where this all began for Kieron McDonald as a singer-songwriter.

“I didn’t actually start writing songs to record until my late 20s but as a kid I always wrote poetry and stories, and I guess that’s what songs really are.”

Have you always been a fan of rockabilly, rock ‘n’ roll and hillbilly bop music?

“Yes, pretty much as long as I can remember. I’ve always loved country/hillbilly, rock ‘n’ roll and rockabilly. My Dad is a big Country fan, so I grew up listening to his country records like Hank Snow, Hank Williams, Jim Reeves, Johnny Cash, etc. I also love all pre-60s music such as R&B, Doo Wop, Jazz, Sinatra, Dean Martin and so on.”

Was it a conscious decision from the beginning to write your own material rather than merely doing cover versions of old 50s songs?

“The first years of playing were a mixture of 1950s covers and my own material. I just really got a kick out of writing songs, and people seemed to like them more than the covers, so I just kept doing it.”

What is it like being a rockabilly revival artist in Australia?

“In Australia there is a good roots scene, especially rockabilly. Of course we have a small population spread out over a large country, so playing regularly usually means hopping on a plane to play festivals in different states. Fortunately for me, Melbourne is one of the best cities for live music, especially roots music. We also have some great music promoters like Arthur Mats running authentic rockabilly festivals like Camperdown Cruise and Ballarat Beat where the numbers are in the thousands.”

Do you feel that you receive enough press coverage in your own country for your music?

Do you have a permanent home with Rhythm Bomb Records?

“Most of my albums have been released on Press-Tone International (or Preston Records) here in Melbourne. Rhythm Bomb records also asked me to record with them while I was touring Europe in 2005. I also recorded a double 45 rpm vinyl record set with my European combo while I was living in Germany in 2011 that was released on Hi-Tone records in Holland.” 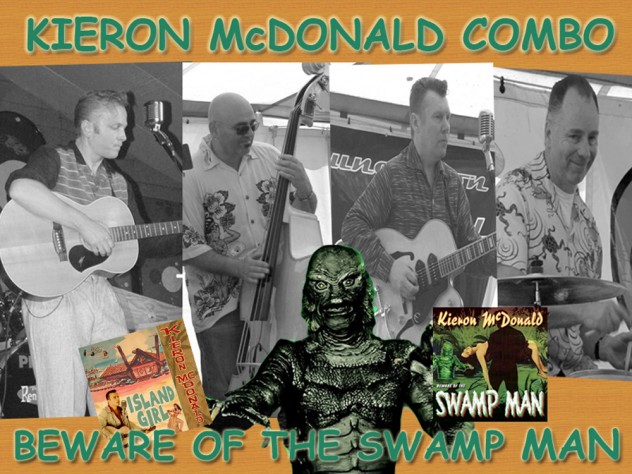 Why did you decide to move to Germany for three years? What was the experience like?

“I worked as an Engineer in my day job and the company I worked for asked me if I would be interested in moving to the new office in Cologne, Germany. Of course, I thought it would be a great opportunity for my music, my work and a chance to see more of Europe. We played a lot of the festivals in Europe, while I was there, and it was a fantastic experience. I found the European audiences to be very enthusiastic and a lot of fun.”

Were you happy with the outcome of debut album, ‘Island Girl’? Can you tell me what the songs ‘Monday Morning’s Coming’ and ‘Read Between The Lies’ are about please?

“Island Girl was a good outcome considering we only had three days to record it. I felt it was a little rushed but the backing band [The Round-Up Boys] were very professional and handled the songs superbly. My voice was sounding a little weak by the third day but that just might be me being picky!”

Do you have any favourite songs from ‘Island Girl’?

“I wrote a lot of those songs around the time I was going through a break up with an old girlfriend and also when I met my wife, so there was a lot of experience to work from! In terms of the songs, I like ‘I Wanna Lotta More Of You’ and the ballad ‘I Give It All To You’ as I think they came out pretty good.”

FLW is rather intrigued by the song ‘Monday Morning’.

“‘Monday Morning’ was written after many nights trying to burn the candle at both ends so to speak. I guess it was really about that Monday morning coming down kinda feeling that Johnny Cash once sung about.”

Was it a good working relationship with The Round-Up Boys when you were based in Germany, and are there plans to work with them again?

“Yes, I think we gelled quite well as we all have the same passion for the same kind of music and those guys really know how to rock out. There are no plans for recording with them at the moment but that could change.” 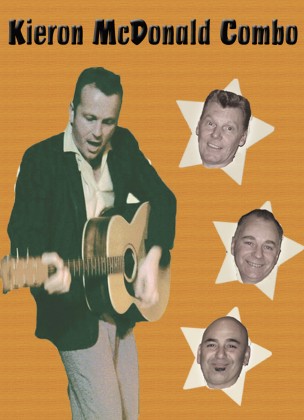 Do you feel that follow-up album, ‘Beware of the Swamp Man’ is a stronger body of work compared to ‘Island Girl’?

“’The Swamp Man’ is a popular album here in Australia, especially the title song because the girls like to Stroll to it when we do it live. Also, we sometimes have a guy in a Creature From The Black Lagoon suit come out on stage to ham it up – that usually gets a few laughs. The album was recorded with pretty much the same line up I use now in Australia. I don’t really have a favourite out of the two [albums] as I like some songs from each album equally as much.”

Can you tell FLW what the songs ‘Beware of the Swamp Man’ and ‘Going Nowhere Fast’ are about please?

“’The Swamp Man’ song is just a tribute to the old 1950s B-Movies like The Creature From The Black Lagoon and Return Of The Mummy, etc. ‘Going Nowhere Fast’ is more about the feeling of trying to get somewhere in life but never actually getting to where you want to go due to something holding you back.” 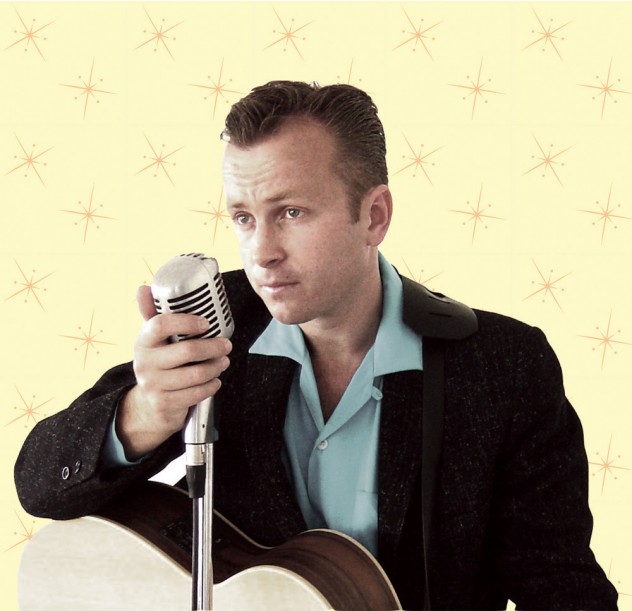 What is it like having your own band with the Combo in Australia? Will you tour with them when you perform in Europe later this year as well?

“My band here is fantastic as they are the ‘best of the best’ in Australia and we are very in tune with playing and are good mates. Unfortunately, four flights to Europe is a lot more expensive than one, so I will not be taking them to Europe. Fortunately for me though, my European band – The Hi-Tones – is happy to back me again while I am in Europe and again at Viva Las Vegas this April in the US. They are also brilliant musicians and we also get along real well.”

“I am currently recording a new album with my band here in Melbourne along with special guest guitar wizard Pat Capocci from Sydney. So far, I am very happy with the results. It should be ready for release just after Easter this year [FLW has just been doing cartwheels of joy round the office!] It will be on Press-Tone International.”

Finally, is there a Kieron McDonald philosophy?

“Take every opportunity that comes your way as, ‘He Who Hesitates Is Lost.’”

I wrote a lot of those songs around the time I was going through a break up with an old girlfriend and also when I met my wife, so there was a lot of experience to work from!"

If attracting the likes of The Swamp Man at your gigs isn’t frightening enough, then spare a thought for the group huggers Kieron McDonald and his Combo have had to fend off over the years whilst performing live. Over to you Kieron…

“There have been a lot of amusing incidents whilst touring, but one that sticks to mind is a festival I did in Munich, Germany with my first band, The Flatfoot Shakers. There was a wire fence erected in front of us; a bit like in the Blues Brothers. Halfway through the set we understood why there was a fence as a big fight broke out and one really drunk guy jumped the fence and ran onto the stage trying to hug all the band members! It was very funny watching security trying to catch him.”

Gotland The Great! Delayed Action
Back To Top