Taking In Your Surroundings

Dan Lipton gained much experience through work and travel that proved key to unlocking the creative ideas for his album Breathing In.

Washington, DC is where you will find singer-songwriter Dan Lipton. When it comes to his music, however, the styles influencing his latest album, ‘Breathing In’, can be identified in far wider locations where the genres of Americana, folk and country are all explored.

The reason for this cross-pollination of styles stems from years of exploration and life as a travelling musician, which Lipton’s social media pages attests to and puts down to learning his trade, so to speak, via an assortment of “…pickers and songwriters from Atlanta, Brooklyn and Charlottesville” before finding his way back home. 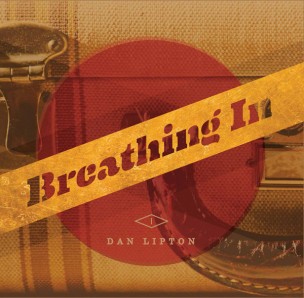 The years spent away from more familiar surroundings of his hometown led to Dan Lipton piecing together the components for ‘Breathing In’ where a number of empty cabins from Maine to Virginia where used in an attempt to capture the right atmosphere for every song lining the new long player.

By adhering to a tight regime, the discipline set by Lipton was duly rewarded once the entire contents of ‘Breathing In’ were finally realised and set to tape. Evidence of this working methodology gives off a variety of moods expressed via the tender ache of such songs as ‘Dark Water’, to the softer pop tones of ‘Come On Georgia’, and with Lipton really showing his flair for song writing where the most melancholic of narratives can be warmed up via the instrumentation of the engaging ‘Television’ and far from cheery title of ‘End of The World’.

With this journey only just beginning, the future looks very promising for Dan Lipton because his debut album is an accomplished achievement and one that warrants further investigation. So, with questions in hand, Famous Last Words (FLW) made it its mission to find out more about this Washington, DC, artist and his debut album ‘Breathing In’. 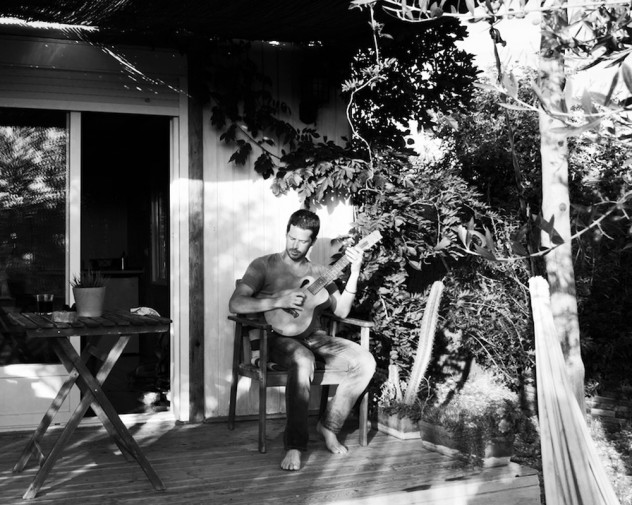 “I began writing songs as a teenager, playing guitar with my friends in the basement on the weekends,” opens up Dan Lipton regarding his introduction to song writing. “Then I moved on to playing open mics (something I still like to do). Eventually, I began writing songs for a four-piece rock band, Dreaming Isabelle, and continued doing that for a number of years. As the band started to slow down about six years ago, I went back to writing songs with the idea that I would be the only one playing them live, without much or any accompaniment. That was around the time that I wrapped things up in Charlottesville, VA, and moved to Atlanta. Atlanta is also where I started writing a large chunk of the songs that I eventually recorded for ‘Breathing In’.

“There are certain mainstays in my music collection, like The Beatles, Ben Folds, Elvis Costello, and Springsteen. I’ll also go through phases of listening intently to one or two artists, which probably comes out in my song writing. Right now, I am listening to a lot of Chris Smither and Warren Zevon, but my most direct musical influences have always been the other songwriters and musicians I know, whether it’s through song writing circles, bands, or the local open mics. Some musicians I play or interact with bring really great originals or covers to the stage. I’ll often adapt elements of their style into my own song writing.”

Bearing in mind those influences that you mentioned, how would you describe your own sound?

“This is always a difficult question for me to answer,” replies Lipton. “I think it has elements of folk, pop, and country, depending on which song on the album you’re listening to.”

There is no doubting the variety of influences when listening to ‘Breathing In’ as no song remains stagnant in any one particular style. Part of this outcome was likely down to Lipton’s approach to this album by recording the songs over a number of years and in different locations in the US.

“I recorded the album between fall 2012 and spring 2015, in Maine, Virginia, Brooklyn, and DC,” begins Lipton. “Chris Doermann and I did the tracking for the majority of the songs (drums, bass, guitar, vocals) in a cabin in Maine and a cabin in central Virginia. Chris is a former bandmate and good friend of mine, who also happens to be a brilliant recording engineer and drummer. So he leant a helping hand with gear, recording advice, and laying down drum tracks. Jon Thompson, another former bandmate, good friend, and great musician, dropped in when we were recording in Virginia to put down some key banjo, guitar and background vocal tracks. I tracked the remaining songs in my apartments in Brooklyn and DC. I then mixed the entire album in my apartment, which I am sure drove my neighbours crazy! It took about two and a half years to get everything recorded, and then another six months to find mixes I liked.”

Considering the album took a number of years to complete, did you encounter any problems during this time that actually slowed down the whole recording process?

“It was anything but straightforward,” answers Lipton sounding a little fatigued at the memory of the recording of ‘Breathing In’. “Sometimes I would walk away from the project for months at a time out of frustration, come back and redo vocals or guitar lines that were bothering me. And those tracks that I recorded in my apartment were a major hassle. I constantly had to redo takes because a diesel engine or siren bled through the track. I also needed to call in support from Chris a few times to help with drum mixes, mic choices, effects, etc. The mixing took an eternity, and even now I’m not entirely happy with it, but I am sure that’s part of the creative process.” 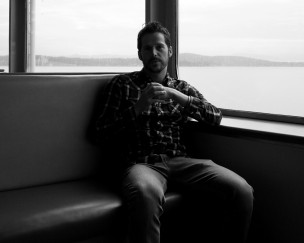 What was the inspiration for the album title?

“The title track, ‘Breathing In’,” he replies. “I had thought about ‘Whiskey and Wine’, which is the second track, but I think ‘Breathing In’ kind of captured some of the unease and anticipation in the album’s lyrics.”

Is there one song from ‘Breathing In’ that is a particular favourite for you at the moment?

“‘Dark Water’, I think. I recorded ‘Dark Water’ entirely in my apartment, towards the end of the recording process. It felt like it was a nice capstone to the album, and it was a strong enough song lyrically and melodically that I could record it with stripped down instrumentation.”

‘Dark Water’ is definitely a favourite at FLW as are the songs ‘Wings Of A Crow’ and ‘Television’. Therefore, can you provide some details as to the meanings of these three songs?

“In terms of ‘Dark Water’, I used to ride the ferry during the summers when I lived in Brooklyn. It was a relatively easy and inexpensive way to get away from the heat that would literally radiate off the streets and sidewalks, and a way to get around without dealing with the noise and humidity in the subway. I took that experience and turned it into a kind of metaphor for escapism, even though the lyrics maintain some of their literal meaning.

“‘Wings of a Crow’: I once spent six weeks with my wife in Namibia. We had a pickup truck outfitted with a rooftop tent, fridge and other camping supplies. We would drive each day from one campsite to the next. The story draws heavily on that trip. But the line, “wings of a crow,” comes from a song that a friend of mine from Atlanta, Lindsay Petsch, used to cover.  The song was written by another Atlanta songwriter, John Madden. I was always impressed by that line and Lindsay’s arrangement.

“‘Television’: The winters in Brooklyn were long, cold and dark. You could go for weeks without seeing the sun. I found myself watching more television than usual, and it became a kind of substitute for nature and sunlight.  I first wrote this song as a bit of a joke, but people liked it, so I polished it up.”

If you could have one thing in your life at the moment, what would it be and why?

“Assuming you’re asking about something I could have that is musically related, and that something is material in nature, a really nice acoustic guitar, like a Collings or a Goodall. A house with a small recording studio in the Blue Ridge Mountains would also be nice. ”

How do you feel about life as a musician in terms of the whole music industry in 2016? 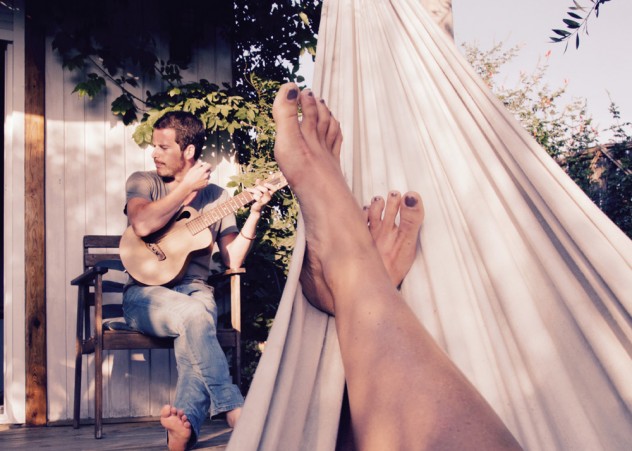 “I’ve commented before that the internet and home recording technology has been a great vehicle for advancing self-produced music. And I definitely fall into that category of self-produced musicians. But this trend also has downsides. It’s made it more difficult to get attention without building your online profile. And it’s far more difficult to make money from music sales. People expect music to be free, probably more so for unknown musicians. I don’t see my music as trying to change that trend, as much as accepting that this is the new reality of being a musician.”

With the album ‘Breathing In’ out there for public consumption, what’s next on the horizon for Dan Lipton?

“I’ll continue to promote the latest album for a bit, but I’m working on writing songs again, which I took a hiatus from for a few months while I was finishing up the album.”

Finally, is there an overall philosophy that you live by in terms of your music?

“Write and record good songs. If you don’t like to play them, then keep working at it.”

The winters in Brooklyn were long, cold and dark. You could go for weeks without seeing the sun. I found myself watching more television than usual, and it became a kind of substitute for nature and sunlight."

Dan Lipton on Breathing In

Without that big music industry budget behind you, life as an independent singer-songwriter is really all about doing it for yourself as Dan Lipton explains regarding one incident during the recording of his album ‘Breathing In’.

“One of the more amusing experiences of recording this album was trying to get to this cabin in central Virginia. It was, quite literally, on top of a small mountain. The gravel road to the top was some absurd grade that was best suited for a 4×4 jeep. I drove there with Chris [Doermann] in an all-wheel drive station wagon, loaded down with recording gear and instruments. We got there around midnight and spent the better part of 20 minutes hoping the car could crawl up the gravel road.”