The songs of Hege Brynildsen often yield more questions than answers given her openminded approach to her work.

Latest album ‘Blue Birds Black Knights’ shows no signs of deviating from such a path.

It has been a while since Famous Last Words (FLW) last spoke with Norwegian country singer-songwriter Hege Brynildsen. Much time has passed and seen the Norwegian country artist enjoy considerable success with the interesting choice of dialect (Swedish) to narrate ‘Till Harry’ (2014), and then witnessing a real breakthrough with the album ‘When My Man Comes To Town’ (2016).

A reintroduction to the creative output of Hege Brynildsen arrives in 2021 via the brand-new long player ‘Blue Birds Black Knights’. As with previous releases, the latest instalment in Hege’s career follows tradition with its ability to provoke the senses for those paying close enough attention. Such a suggestion is made after close inspection of both album title, with its play on words that is intriguing as it is (and remains) mysterious, to the equally challenging nature of song titles and lyrics. Of course, it all makes for a fascinating journey, and one executed with much musical expertise, but a journey any listener should be made aware of prior to picking up the “ear cans” where precaution is advised if it is direct answers you seek given the many conundrums posed regarding ‘Blue Birds Black Knights’. 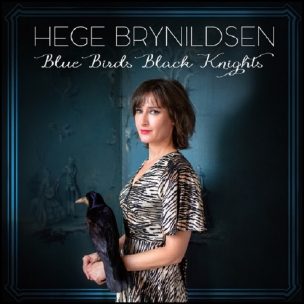 Thwarted in our attempt to gain access to Hege Brynildsen in person due to the ongoing coronavirus pandemic, further insight regarding the details of her new LP had to be conducted via email which, in all honesty, can be a more useful tool to achieve the required results given the additional time it allows any artist to (hopefully) share a more detailed response. So, given the previously mentioned gap in space when FLW last communicated with (from memory) the very affable Hege Brynildsen, anyone could be forgiven for such a long list of questions posted regarding the coded messages ‘Blue Birds Black Knights’ conveys.

“I just wanted ‘Blue Birds Black Knights’ to be as good as it could be,” begins Hege Brynildsen in reply to FLW regarding her latest album.  “I work with really great musicians, and I let them run free. Producer, and fellow musician, Gøran Grini plays a huge part in how it all turned out. I cannot describe how it sounds, but I’m happy with the result. As long as my songs are ok, I’m ok with whatever comes along.”

Given the relaxed approach to your work considering your reply there, it is even more interesting concerning the end results where, from its album title, to songs listed (e.g., ‘The Old Man & The Rabbit’, ‘Belltower Haunted By A Ghost’, ‘Foxy Magician’, and ‘The Silent Ones’), such contents suggest a product that has been given much consideration before entering the recording studio. Therefore, choosing one example here, how do you explain the album’s title if there is quite a loose approach in relation to your work?

“The title of the new album is referring to people’s imagination,” admits Hege before continuing with an equally open reply, “and I’ll leave it up to you to put in it whatever you like. Your thoughts match up with the title in terms of the many double meanings it holds, so keep going! Feel free to give it your own interpretation.”

With the title of Hege’s new album certainly open to interpretation, FLW remains curious because there is much inferred and truly little given away as the Norwegian’s reply suggests.

When it comes to the actual songs of ‘Blue Birds Black Knights’, the Norwegian singer-songwriter is equally relaxed in her response to questions surrounding the internal meanings of these compositions. As mentioned previously, there is so much intrigue in the titles because they imply many different things and, after some consideration, this is perhaps the very essence of her song writing where there are no conclusions to be lifted from these songs. It must be said that such an approach is refreshing where ownership of these songs is available to all those willing to listen.

“In terms of my own songs, I like the listeners to make them their own [decisions]. Songs will always mean different things to different people. That is what I love the most about any kind of creation people make. The artist’s views or thoughts is not that important, it’s what the listener or the viewer make of it that’s interesting.”

The parents of Hege Brynildsen have played an important role in terms of her musical upbringing and influences when it comes to choices regarding her own creative direction as she attests: “Always my parents. They have given me a good music upbringing. My dad, Tor Brynildsen is a huge Elvis fan, fan of the Rat Pack and jazz, and so on. My mother loves almost all kinds of music, especially gospel, country, blues, and rock ‘n’ roll, not to mention a bit of classical music and opera sometimes. She’s also a huge Elvis fan.” 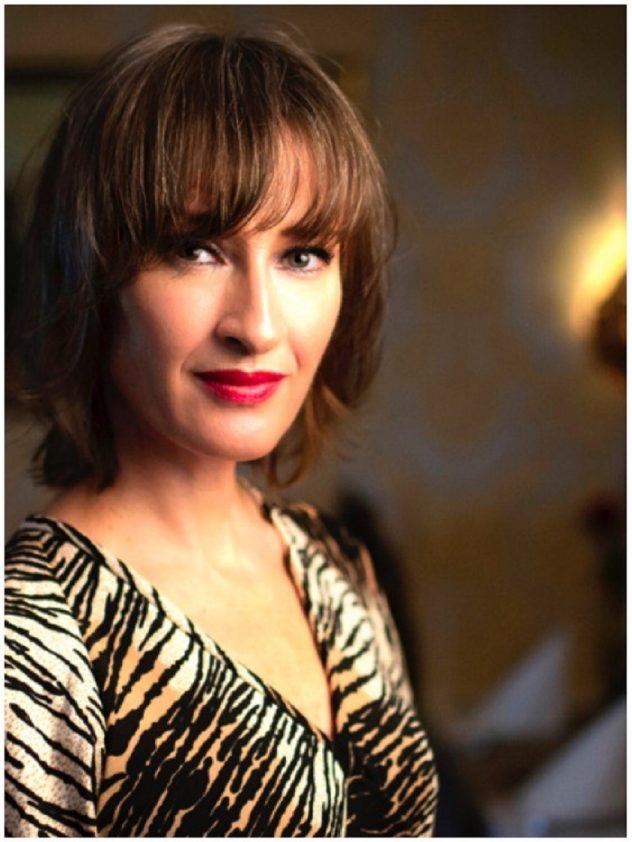 Guided largely by the forces of rock ‘n’ roll music, Hege Brynildsen has steadily carved out a niche for herself in Norway and neighbouring Sweden. Her latest album ‘Blue Birds Black Knights’ should see the singer-songwriter win new supporters given recent reviews back home. However, setting the positive news aside for a moment, FLW would like to understand what Hege Brynildsen has gone through when making ‘Blue Birds Black Knights’ in light of the problems associated with the ongoing pandemic?

“To begin with, the songs were recorded in Halden, Norway, Autumn 2019. I wrote the songs for the album, Summer 2019. We recorded it in Athletic Sound, an amazing studio! The album was released February 19th [2021]. In terms of a promotional push, it’s only just started, but already we have gotten great reviews here in Norway. That said, there was no album release party due to the pandemic, but that is ok. I mean, we just have to wait a little. The best thing is to be able to release an album on all digital platforms despite the ongoing situation. That is the most important thing when an album is finished. I must get it out there and share it with people. It’s an amazing feeling!”

It must be quite difficult though as a recording artist, despite the digital platforms available to share your music, for any new music to be heard on a grander scale in the present climate?

“My experience as a singer-songwriter has been ok, I think. All the songs and recordings were done in 2019 as I said earlier, and this was before the restrictions and the coronavirus came to Norway. In terms of getting my music heard, we have the big wide web, and as mentioned before, music journalists have already written great reviews about the new album. It is such a bonus when it happens because not every artist out there gets that kind of attention. I am grateful for every little positive thing that happens to the new album. I have not been able to perform live, but to me that is a small price to pay for keeping the audience, the band, and myself safe and well. The pandemic is a deep tragedy and, in solidarity to all the victims of it around the world, I will not play live until we are all having a really good time. Just my opinion.”

Holding such good principles is one of the many positives when it comes to the artist Hege Brynildsen. This is not difficult to understand considering the cryptic clues held in her music regarding issues concerning nature and good health, something of which she explains: “I really cannot be without clean water, fresh air and good health. Good health is our gold. As I see it. And silence. Silence is especially important to me.”

With ‘Blue Birds Black Knights’ given its official release in her homeland; what expectations does Hege Brynildsen hold for the album?

“My hopes for ‘Blue Birds Black Knights’ is that it will go on and be free forever, lift its wings and fly high, make those who like it happy in some way or another. What is next for me? I really don’t want to know. I am a live in the moment kind of gal!”

Are there any final words of the day from Hege Brynildsen?

“Do not stress, it makes you a mess.”

Songs will always mean different things to different people. That is what I love the most about any kind of creation people make. The artist's views or thoughts is not that important, it’s what the listener or the viewer make of it that’s interesting.”

There is something of a musical pedigree when it comes to Hege Brynildsen’s family. The singer-songwriter’s father, Tor Brynildsen, has recently released his first ever single on vinyl and there’s a rather compelling cover photo attached that sends you back to a classic era of rock ‘n’ roll.

“Tor Brynildsen is my father. He is now 81 years old and released his very first single on vinyl a few weeks ago! He was one of the first real rockers in Norway. The photo is from one of his gigs when he was younger, shot by his long-time friend Kai Andersen. I do not know where the photo is from exactly, but it is such a great pic! I love it! My father played with so many bands and, unfortunately, I do not have any details regarding them. The single has two songs on it; live recordings from a concert a few years ago. You will find my Dad’s songs on digital platforms if you want to listen to him. Search for Tor Brynildsen. The vinyl is sold here in Halden and came out this year on the record label New Noise.  He sings rock ’n’ roll and a few ballads now and then. Yes, we have performed live together many times over the years.”

Speaking of photographs, who was responsible for the artwork of your new album ‘Blue Birds Black Knights’?

“I’m responsible for the idea of the photo,” Hege replies. “It’s shot by Raymond Mosken. I love it! We were in this huge mansion that I was lucky enough to book for us, with lots of beautiful interior and old-style decorations. In addition, I got hold of the black raven, and told Raymond to give it a go! The artwork is by Elin Olsson. She’s amazing and knows my taste very well by now.”

Growing In Stature A Three Star Riot
Back To Top