Time To Leave The Past Behind

Matt Lande reveals more of his personal side via his forthcoming second solo album Boxes.

Exciting times lie ahead for Matt Lande. The reason for such breaking news is due to the fact that the Portland-based singer-songwriter is eagerly awaiting the imminent release of his brand new long player, ‘Boxes’.

The first indication that Matt Lande was on to something special here was down to his recent single ‘Underground’; a song firmly entrenched in alternative pop yet with enough memorable hooks to remain firmly lodged in the listener’s mind long after its conclusion. In fact, the irresistible draw of ‘Underground’ is the kind of indie pop record the likes of artists such as Ben Lee, Mads Langer or Semi-Sonic would be extremely proud of because it screams “Proper pop record!” the kind of which was a regular feature during large chunks of the nineties decade (depending on your location of course).

In order to compose such alt-pop gems as ‘Underground’ however, Matt Lande has taken the time to learn and hone his (pop) craft as further investigation reveals a past involving stints in two indie bands – namely StorySide: B and Heaven Is Where – before taking the plunge to begin writing his own material, and a relocation from his then base in Los Angeles to the aforementioned Portland, Oregon, which helped inspire the songs making up his first solo record ‘GLOW’ that was on the receiving end of some very fine praise indeed. 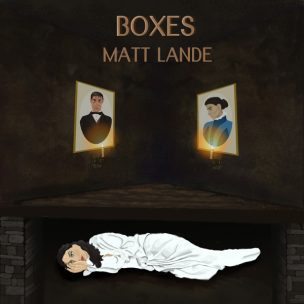 Following initial playbacks of Matt Lande’s ‘Boxes’ prior to its official release, the new album continues where ‘GLOW’ left off as it reveals a succession of similarly well-crafted songs such as the smooth pop sheen of ‘Red And Grey’, to the impressive yet tearstained emotions of ‘You Can’t Love Me’ that suggests this alternative-pop artist has found a consistent rhythm, and one that is growing sizeably in creative stature.

Part of this growing success is down to Matt Lande taking complete control of his music from a position where he is writing and recording all the music, and then serving as producer to complete the whole album package. In fact, the US singer-songwriter ended up so close to the material that he was producing, that he decided to edit one of his songs from ‘Boxes’ in a hotel room in London during the final few minutes before a scheduled appointment at Abbey Road Studios with renowned mastering engineer Frank Arkwright, who would handle all mastering for the album.

When it came to securing an interview with Matt Lande, there was no indecision on our behalf as Famous Last Words (FLW) was primed and ready with a series of questions and fresh batteries newly installed in the tape recorder, in order to obtain the lowdown on the ideas behind the upcoming ‘Boxes’ album, and why exactly this particular singer-songwriter decided to enter the music business in the first place. 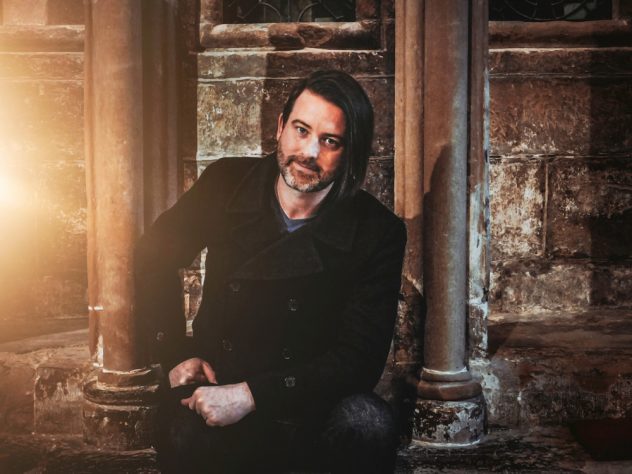 “I really was kinda forced into a band,” begins Matt Lande on the initial stages of his alternative pop career. “There was a local band where I lived in [a] small town [in] Florida. The drummer of that band kept calling me to see if I would play guitar for them. I was a super shy 18 or 19 year old who was not interested in having any attention on me, but he talked me into it eventually, and on I went with music from there. And yes, I have tried out for a couple bands as a guitarist over the years and simply done that outside of my own music.”

What were the first ideas for your music once you established that you wanted to pursue a life in music?

“Luckily, I was crazy enough to think that I could record some songs I had written, and then go and get a record deal,” he continues chuckling briefly to himself. “I really wasn’t very good, but kept plugging away and nobody told me to stop (Thank goodness or we wouldn’t have the alt-pop delights of ‘Boxes’ filling our days at the moment, FLW).”

How would you describe your sound (In FLWs’ humble opinion, there seems to be influences of grunge mixed with plenty of pop music)?

“I’d definitely say there are grunge influences as well as plenty of pop and [an] alternative edge,” responds Matt Lande. “I also love 80’s new wave, so some of that may creep in from time to time. I love big passionate sound with texture (See above ‘You Can’t Love Me’, FLW) and telling a story through not only the lyrics but, of course, the instruments and production.”

Who do you consider as influences in terms of your music?

“In terms of band styles, I love 30 Seconds To Mars, Muse, HIM, Counting Crows, Dave Matthews, Fitz And The Tantrums, Foo Fighters, Nirvana, The Cure, Joywave, The Rasmus, Matchbox 20 and many others. So the influences come from all over really.”

What can you tell FLW about your current single ‘Underground’?

“‘Underground’ is a fun one,” considers Matt before carrying on, “probably one of my favourite songs from the new album. We just filmed the music video for it, which is zany in itself [laughs]. It will come out shortly after ‘Boxes’ is released.”

With your album ‘Boxes’ imminent, can you provide some details regarding the following: When and where was the album recorded, and how long did the recording process take?

“From the writing to the mastering, ‘Boxes’ was made over about an eight month span,” is the brief response from Matt Lande.

FLW understands that you wrote all of the songs for ‘Boxes’ as well as recording them, before producing the entire album yourself. Is this completely true or did you receive any additional help when writing the songs or producing the album?

“I produced, recorded and mixed it myself in my home studio,” says Matt. “I played all the instruments besides the drums. Drums were tracked in Seattle by an amazing young drummer called Alex Hendrix. Mastering was done at the iconic Abbey Road Studio in London by Frank Arkwright.” 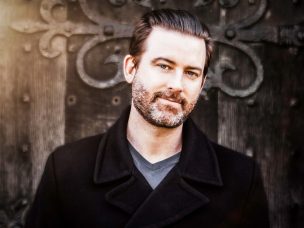 Did you encounter any frustrating moments when recording, or was the whole experience relatively straightforward?

“I wouldn’t say anything really frustrating that I remember, but since it was the first full production album which I mixed myself, I wanted to make sure I took the time to really focus on that side of things. I applied what I’ve learned over the years from mix engineers, and also studied like crazy online from some of the best mix engineers in the industry. I really wanted to work hard to make this record have great sonic appeal (A feat definitely achieved according to our ears, FLW).”

What were the ideas behind the title for the album?

“The title of the album is taken from the title track on the record,” replies Matt. “I think you could say it pulls from how I compartmentalize things in my mind to cope with the crazy world we live in.”

Can you pick one song from your forthcoming album and explain to FLW why you have chosen this particular track. In addition, can you provide some details as to what the song ‘The Strangest Thing’ is about?

“I’ll just touch on ‘The Strangest Thing’ since you brought that one up,” says Matt. “I really like that song. It’s got an interesting vibe to it. When I wrote it I was thinking about how we learn and grow through our lives. I pictured myself as an old man and as a child again, and it brought up some thoughts that turned into that song.”

Name three items that Matt Lande can never be without?

“I really just need my down time and personal space to reflect, breathe and create, so having a place to do that is a necessity for sure. My acoustic guitar would be another thing, and having the love of others is so important…not a love for my music although I hope people appreciate it…but a love for me as a person.”

Have there been any incidents that have happened to you since working as a singer-songwriter that have remained with you due to being particularly memorable?

“Hmmm. There always seems to be a lot of weird and goofy stuff happening,” Matt considers for a moment. “I’ve had strings break on stage in front of major label executives; sound has completely gone out at shows. Also, I’ve had a pedal board fry on stage while performing at The Gorge in Washington to 5000 people. In fact, that one was embarrassing because it left me with a buzzy bee guitar tone for the last three songs of the set, and I couldn’t change it.” 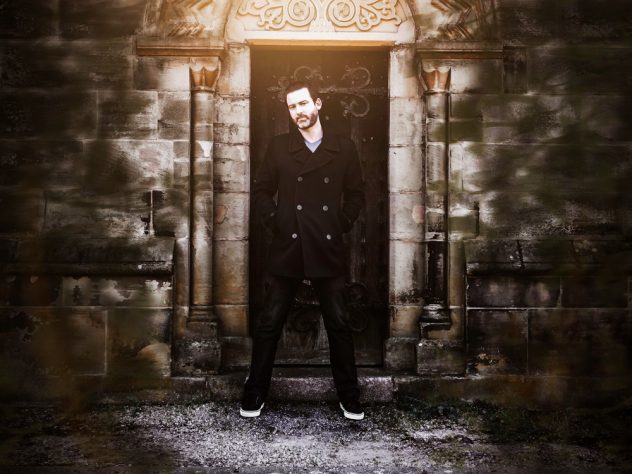 What’s next in the coming schedule for Matt Lande?

“Although ‘Boxes’ hasn’t been released just yet (or maybe it has by the time this interview goes out), I’ve started writing for the next album. There is also a lot of business to handle as usual, as well as getting an updated live set list together and putting the ‘Underground’ music video out. Those are probably the most immediate things I have to do.”

Do you have any final words of the day before we see the release of your sophomore album, ‘Boxes’?

“Thank you for a great interview, and I hope we talk again in the future. Enjoy the new album ‘Boxes’. Ta ta for now.”

Genuinely affable and a gifted singer-songwriter, Matt Lande is a name that will be on quite a few more people’s lips once ‘Boxes’ opens its contents on the 4th August 2017.

I think you could say it pulls from how I compartmentalize things in my mind to cope with the crazy world we live in."

There’s more to Matt Lande and his music. Read on…
It started for Matt Lande when he made the decision to relocate from his base in Los Angeles to his current home in Portland, Oregon in 2013. Not only did this move signal a fresh start in terms of Matt Lande’s writing and recording, in addition to performing live on a solo basis, but the relocation also paved the way for additional work in film and television where roles serving as a Double and Stand-In for actors such as Noah Wyle, Travis Fimmel, Steve Buscemi, Alexis Denisof et al became a second career for Lande.

An Ace Trio Lighten The Load
Back To Top