All the way from Germany comes the heavy rock band SAMAVAYO with a brand new album titled ‘Dakota’. 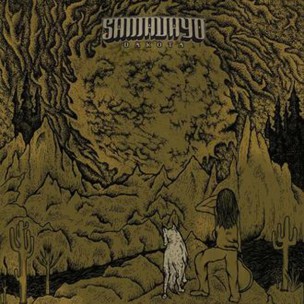 With the band having formed in 2010 after all three band members having grown up in East Berlin and the neighbourhoods of Lichtenberg and Friedrichshain.

Once the Berlin Wall had collapsed, the different cultural influences provided much inspiration for aspiring musicians and hence SAMAVAYO thrived on such changes. The results were positive with the band completing five hundred gigs throughout Europe.

With a new album imminent, and one that was recorded at Berlin’s Big Snuff Studio with producer Richard Berhens during February this year, SAMAVAYO combine a 70’s and 90’s rock sound for the seven tracks making up the aforementioned new long player.