Philadelphia powerpop unit Hurry have announced their new record as ‘Guided Meditation’ to be released on Lame-O Records. 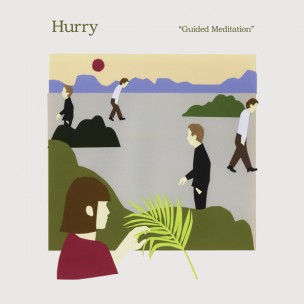 Formerly a one-man outfit consisting of Matthew Scottoline, Hurry has now evolved into a full band with cousins Rob and Joe Decarolis having joined him for the recording of the band’s first official record, ‘Everything/Nothing’ via Hot Green Records back in October 2014.

With April 29th, 2016, pencilled in as the date for the next instalment in the recording career of Hurry, the indie-pop sounds of ‘Guided Meditation’ will hopefully be a record to savour.