With their new single due later this month and a tour scheduled for April 2016, South West alt-rock band, Scout Killers, is set for a busy period this spring.

The tour begins April 3rd and sees Scout Killers out on the road with support coming from The Loose Cut and Amongst Thieves. Full details of 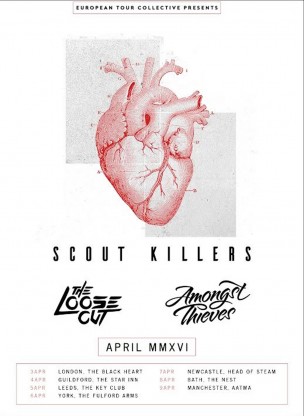 Scout Killers live dates can be found below.

A review of the single ‘Rip Me Apart’ can be found at Famous Last Words (FLW) at the following link: http://famouslastwordsrecords.com/reviews/rip-me-apart-single/