Norwegian concert series to pay their respects to the music of Tom Petty with an evening of live music celebration.

The Norwegian Americana Forum is set to continue with its concert series by staging a live event at the venue Herr Nilsen in Oslo, Norway, that will be an evening dedicated to the music of Tom Petty.

With such established songs as ‘Free Fallin’, ‘American Girl’, ‘I Won’t Back Down’, ‘Refugee’, ‘The Waiting’, 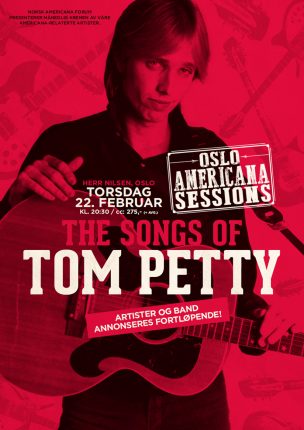 ‘Learning To Fly’, ‘Runnin’ Down a Dream’ et al, Tom Petty left behind so many musical memories that will be brought to life once more when a collection of musicians will get together for the event to be held later this month.

Tickets for the gig have already sold-out, which takes place Thursday 22nd February 2018.

The host for the evening will be Tom Sjeklesæther.