Singing sensation Nuela Charles is among the nominees at this year’s Juno Awards. 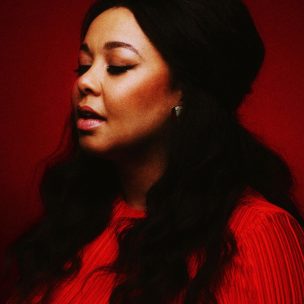 Packing a soulful vocal is Nuela Charles who demonstrates this major talent via her second album ‘The Grand Hustle’. Such has been the positive reaction to Nuela’s sophomore effort that the Juno Awards (Canada) have placed ‘The Grand Hustle’ among the nominees for the category Adult Contemporary Album of The Year 2018.

Whether Nuela Charles will come out on top is anyone’s guess, but one thing for certain is that the soulful vocalist has produced an album full of compelling tunes that deserves its place among the nominations for this year’s Juno Awards.

Before the results are announced however, Nuela Charles is currently promoting the single ‘Do It Right’, which can be heard at Famous Last Words (FLW).

In her own words, Nuela Charles shares some thoughts about the single ‘Do It Right’.

“This song came out of a session in LA with Grammy-nominated producer/writer Rob Kleiner. We were striving to create an upbeat, snappy tune with some attitude. ‘Do It Right’ is a little bit cheeky, and basically says “if you’re gonna do it, better do it right.” So if you’re gonna try and step to me, step correctly. With the upcoming JUNOs, ‘Do It Right’ snagging an ESPN TV placement, and an album’s worth of new material itching for release, I’m ready to see what the rest of this year holds.”

Hopefully a Juno Award for Adult Contemporary Album of The Year 2018 for ‘The Grand Hustle’.