To coincide with Holy Roar’s ten years in business is the release of ‘The BBC Sessions’ by Rolo Tomassi. 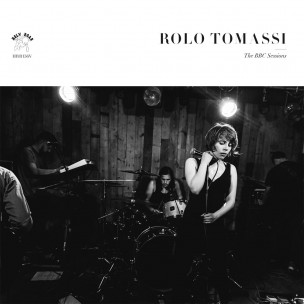 The album has been a long time coming, but now supporters of the band can hear for themselves ‘The BBC Sessions’, which arrives on the back of Rolo Tomassi’s fourth album release, and first on the Holy Roar imprint, ‘Grievances’.

All nine tracks were recorded live and mixed at BBC Maida Vale studios, and mastered for this release by Brad Boatright (Converge, Sunn O)))).

‘The BBC Sessions’ covers different periods in the band’s career to date, with the track listing set out in reverse-chronological order.

In addition to ‘The BBC Sessions’, Rolo Tomassi is currently on tour. The following live dates detail the remaining tour schedule, with support coming from Terrible Love where indicated: