Out today is the debut album from Nashville, Tennessee band Shell Of A Shell.

The album ‘Already There’ consists of six tracks and was recorded and mixed by Dylan Liverman and Danny Gomez, and with mastering by Seth Engelsees. 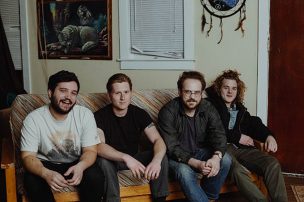 Frontman Chappy Hull initially wrote the songs for ‘Already There’ as solo tracks, before making the decision to write and record the songs as a complete band by including Nick Swafford (Teddy and the Rough Riders), Noel Richards (Watcher) and Dylan Liveryman. With influences coming from bands such as Unwound, Deftones, and Television, Shell Of A Shell adopt a unique approach to their music where elements of post-punk and indie rock can be heard.

Shell Of A Shell will release their debut on March 9th, the final installment in the EIS Tape Club. The band will make an appearance at this year’s SXSW followed by tour dates with label mates Kal Marks and Bad History Month. 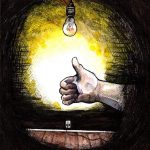 ‘Already There’ is available 9th March 2018 via Exploding In Sound Records.