Sigrun Loe Sparboe Sings Of People Of The North

Sigrun Loe Sparboe Sings Of People Of The North

A personal memory of life growing up in the northern half of Norway, as well as serving as a tribute to the people of this very section of land, is Sigrun Loe Sparboe’s brand new single, ‘Nordfolket’. 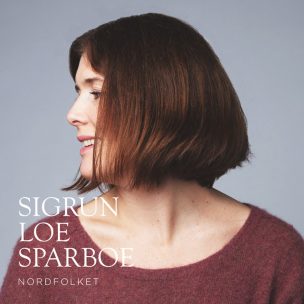 After the critical successes of debut album ‘Uten at du vet det’ (2013) and follow-up ‘Vindfang’ (2015), not forgetting the brief flirtation of new material via the uplifting single ‘Dagan I Fingertuppan’, all has been relatively quiet from the creative corner of Norwegian folk singer-songwriter Sigrun Loe Sparboe. That is until now of course!

Back with a brand new single by the title ‘Nordfolket’, Sigrun Loe Sparboe continues to pursue a form of storytelling, set in her own dialect, and one that reflects songs of a personal nature mixed with elements of general observations of those around her and the environment in general. Such song writing makes for fascinating listening as latest single ‘Nordfolket’ gives suggestion of a very personal message of living and growing up in the northern part of Norway where life can be harsh and extreme as far as the weather goes, not to mention occasions where there’s much pleasure and warmth through the generosity of the northern folk of Norway. But the overall message appears to be one that suggests the uniqueness of such people, often battling against the harshness of the winters, especially over the years, as well as forging close bonds with all local communities that are unique to areas of this particular section of Norway with its own special dialect.

With Famous Last Words (FLW) privileged to be given access to the new single ‘Nordfolket’ and its accompanying video, which sees its premiere via Famous Last Words (FLW) today, the camera footage reveals a selection of intimate memories of family and friends from the Norwegian singer’s past, and memories that are set to a tender and rather delicate acoustic track that sends a direct message to your heart that is nothing short of comforting. It speaks of history, in addition to being a personal anecdote, and is likely to melt the hearts of those closest to her, not to mention please all those people of the north in tune with the song writing of Sigrun Loe Sparboe.

‘Nordfolket’ is the song, and is the first taste of new material that will soon be heading this way via the Norwegian’s third long player. Watch this space!