The Final Hour For Buried And Gone

The Final Hour For Buried And Gone

Buried And Gone release their brand new album ‘The Final Hour’. The new album release marks their debut entry as far as long players go and comes after the first single release, ‘A Frozen Heart’.

The band consist of duo Niklas Tihinen who is something of a multi-instrumentalist by performing drums, bass, guitars, keyboards and vocals. Lead vocals are handled by Markus Orava. 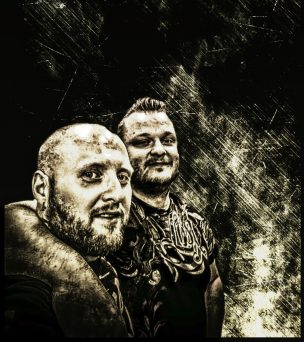 By incorporating a variety of influences to a metal sound, Buried And Gone is likely to appeal to a variety of fans outside the boundary of Metal with their riffs and melodies aplenty in terms of their sound.

The album ‘The Final Hour’ contains ten songs that focus on issues concerning death, love and cynicism which might also come from the fact that the album was recorded during the harsh winter weather of Finland in 2016 and entering 2017.

With Niklas Tihinen’s home studio in Kuopio providing the base for the recording of the band’s album; Markus’ vocals being recorded at BRR-musiikki, Raahe, and  mixing and mastering being carried out by Joni Tanskala. The final touches were made by Aki Pistemaa who was responsible for the album’s cover artwork.

The album ‘The Final Hour’ is out now and available digitally on Inverse Records.