The Return Of Seed Husk

The Return Of Seed Husk

Alternative rockers return after five years in the wilderness 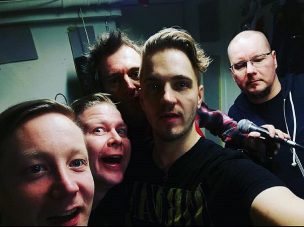 Marking a return to the music scene is Seed Husk. The alternative-rock band make their comeback via brand-new album ‘Triangle’. With the new album being somewhat low profile and no fault of the band due to the difficult conditions we are all living in right now, the band’s second long player has steadily been gaining recognition thankfully due to existing, and now new supporters of the Seed Husk sound.
This is the second time Famous Last Words (FLW) has interviewed Seed Husk, with our first conversation happening after the release of the band’s debut album in 2015. It has been a while since that first discussion, but the wait has been worth it as you can discover by heading straight to our interview section.