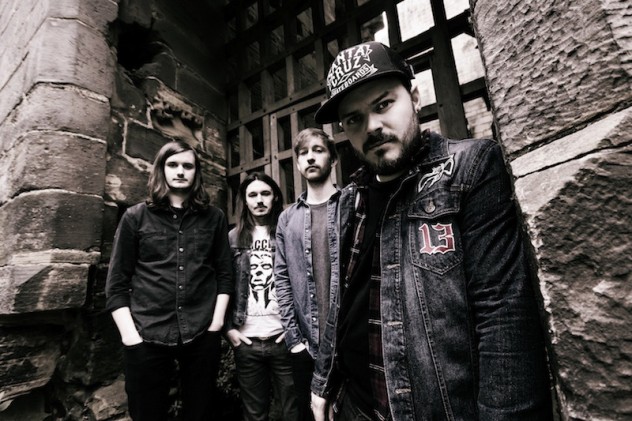 Limb return with new single ‘Ghost Dance’, which is the first taster from forthcoming and second album in the band’s career to date, ‘Terminal’.

Renowned metal producer, Russ Russell, worked with the band to produce the new album and describes Limb’s sound as “GoatSlade” due to a melding of stoner rock and glam rock which makes for a compelling racket judging by the aforementioned first single ‘Ghost Dance’.

Limb’s ‘Terminal’ long player will be available to purchase as a deluxe LP package: 180g transparent white and cosmic purple haze vinyl, gatefold sleeve, printed lyric inner and free download. In addition, the album will be available on CD and download on September 11th, 2015 via New Heavy Sounds.