Freedom Fuel explore their creative side and beyond with album number two.

Giving the impression of arriving from nowhere is the latest album from Finnish alternative rock band Freedom Fuel. Projected from seemingly a far and distant planet is the band’s new LP ‘DANCE!’. Consisting of 10 tracks of genuine creative goodness and oddball moments ricocheting off the walls of the intergalactic space rocket that was hurtling to planet Earth eager to share these wonderful and surreal music moments with the rest of the population, Freedom Fuel put pen to paper and fingers to the fretboards, sweaty palms and fingers clutching the drumsticks and let rip into the adjacent mics of the recording studio to spread the word. And oh boy! What a musical space odyssey ‘DANCE!’ is proving to be and continues to do so long after its release earlier this year.

From opening song ‘Dancing’ to final breath ‘Catch Phrase for Believers’, the melange of indie rock, swamp blues and thin layers of electronica and thin veil of humour, albeit spread quite thickly during previous and rather catchy single ‘Planet Away’, Freedom Fuel not only surpassed first album effort ‘Happy People’ but upped their game quite significantly with ‘DANCE!’. 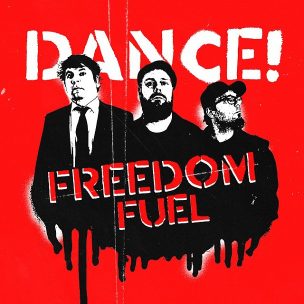 It seems the alternative-rock band from Finland decided to lock themselves away in the recording studio for several months and throw away the key, because the sheer breadth and depth of creativity seeping from every pore of their sophomore album suggests a band in love with their craft and with music in general.

The review of Freedom Fuel’s second album ‘DANCE!’ received glowing praise from this very music publication that left the majority of us in awe after listening to said long player, and then having to order a few extra shovels from the nearest hardware store in order to scrape up the unexpected overflow of jaws crash-landing on the floor!

In order to get to the bottom of this mysterious and rather surreal album further investigation is required. So, with more than enough fuel in the tank as far as the Famous Last Words (FLW) list of questions goes, and coordinates set for destination Helsinki, Finland, the mission’s objective was clear: To discover where exactly all the creativity and ideas came from that ended up the finished article with the album ‘Dance!’?

The rest as they say is left to Freedom Fuel because this is their own mission and journey where it would seem they are attempting to reach for the stars (i.e. Greater public in general) which, after all the impressions ‘DANCE!’ has made so far, would suggest the band are already close to achieving such an objective. 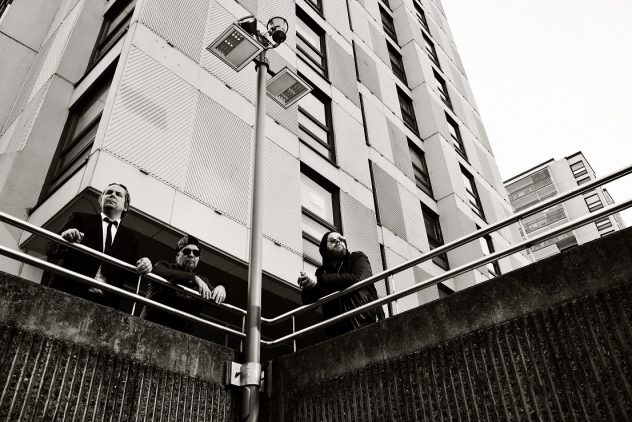 “We did a few gigs here and there after our debut album ‘Happy People’ and then started writing new songs for the album DANCE!” begin the trio Freedom Fuel on the early foundations of their latest and greatest album. “The song writing took about ten months and we recorded the tracks in ten days. So about eleven months of utter fun! Having said that, nothing ever goes according to plan, but it is good to have one so you can jump out of it if necessary. When it comes to creating something new [after ‘Happy People’], it always tends to be difficult and frustrating, but that´s ok. If things start to go too smoothly and everyone gets too comfortable, something is wrong. What we mean is that people become slack, and it is good to be on your toes.”

Intervening for a moment, your latest album ‘DANCE!’ is certainly a giant leap forward in the creative department compared to your first album. So, any suggestion of Freedom Fuel becoming too slack during the recording process of your sophomore album certainly never materialised because you must have been on your toes the entire time considering the outcome?

“Thank you! First of all, we did not want to do ‘Happy People’ again. It seems to be almost a necessity for us to reform. When we started writing new songs for the album, we had a faint idea of a direction we wanted to head in. We had used some bass synths and mellotron on the previous album, so we wanted to go a bit further with those ingredients. So, Henri found Moog Taurus from Poland and brought it with him to the sessions. That kind of set a mind frame on more synthetic and industrial approaches to the songs.”

What bands and/or albums (if any) were you listening to in the build up to recording ‘Dance!’ and did any of these references influence your decisions and ideas?

“Our taste in music is pretty wide,” begin the band. “I mean from medieval church music to N.W.A, from delta blues to contemporary classical music. But for some reason, at that time, we listened to a lot of progrock like Yes and Genesis and, at the same time, Bauhaus, Iggy Pop and Mangus Lindbergs’ ‘Kraft’. There was a lot of movie scores on our playlists like Bernard Herrmann. It kind of makes sense now, when you look back, but it wasn´t conscious at the time. Also, a lot of movies were consumed, Rosselini, Peckinpah, Andersson, Bergman. Pretty dark [references]. But maybe you start with an idea and then it starts to grow, and you start to work your way towards that core of ideas with different ways of art and by living in general.”

Considering the broad spectrum of different sounding songs available with ‘DANCE!’, do Freedom Fuel have one song from the album that is currently a favourite?

“We all have our own favourites, but we all do like ‘Goddageda’. There’s so much going on in one song. It’s like a trip. From light to darkness and back to light again. It is really fun to play.”

Referring to our own notes here, the songs ‘Dancing’ and ‘Suspension of Disbelief’ have probably been the two standout tracks for FLW. Therefore, what can you tell us about these two songs?

“’Dancing’ is a song that has been around in many different forms for many years. We really couldn’t get the hang of it as a traditional A B A B form. So, we just decided to let it loose and float from one part to another. And strangely enough it really works! We wanted it to be the first track on the album because it has all the elements that the whole album has. Regarding ‘Suspension of Disbelief’, it is an intermission. It takes the listener through the underworld of one’s mind and eventually to the other side [They’re not wrong here either dear readers! FLW].”

Despite all the creativity of ‘DANCE!’ is there anything in hindsight that the band would do differently now?

“We are very pleased with the album. Of course, you hear certain things that you think you would do differently now but, as you said, that´s hindsight. It is the child of its time. We are very proud.”

With ‘DANCE!’ offering so much on so many levels, what have the responses been to the new album from music press and fans?

“Really, really positive!” enthuse Freedom Fuel all at once. “Everybody keeps telling us how amazing this album is and how we are the pathfinders of modern rock! Yeah, don’t know about that, but we are dancing on the ceiling, of course!”

With the quest to find out a few more details about the inner workings of Freedom Fuel’s latest creation ‘DANCE!’ ending with the band declaring that they cannot be without, “Music. Each other, and the ups and downs in life”, the journey to explore and create something new on the music front is definitely not over for this particular trio as works are already planned for new recordings once the promotional campaign draws to its conclusion as they explain: 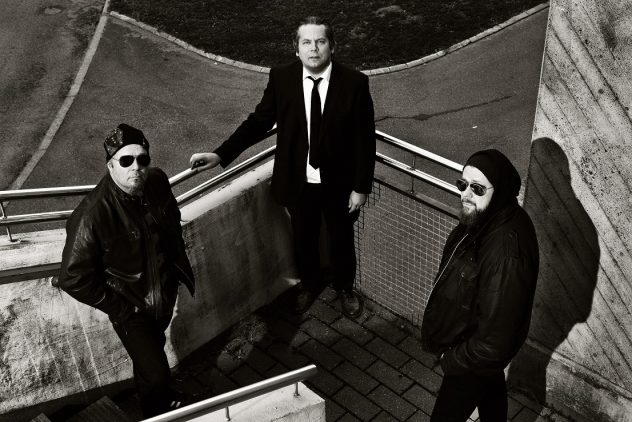 “We are planning to do as many gigs as possible and promote the album at the same time. We are also starting to write new material in the summer.”

Worth a minute or two of anyone’s time, ‘DANCE!’ is the album that will guarantee a repeat play due to its sheer audacity in the creative department, but also because once the majority of its contents slip inside one’s consciousness they will unleash innumerable hooks that will find any listener coming back for more! It’s a bold creation and one that bodes well for the future of Freedom Fuel who, by the way, offer a few words of wisdom before departing for their next musical mission where the key to such creativity can lie in the following: “Listen to music. Go to concerts, any kind of concerts. Go to an [art] exhibition. Inhale art as your oxygen. Concentrate. And love each other.” Amen indeed.

The album ‘DANCE!’ is out now and available on Secret Entertainment

Everybody keeps telling us how amazing this album is and how we are the pathfinders of modern rock! Yeah, don't know about that, but we are dancing on the ceiling, of course!”

An excerpt from our album review of ‘DANCE!’ which really attracted a lot of attention at FLW.

A massive leap forward as far as the creativity is concerned when it comes to Freedom Fuel and their latest long player ‘DANCE!’, which almost defies description and will leave you scratching your head in disbelief one minute, and the next grinning in sheer delight. This is down to its overall audacity and, yes, sense of freedom. A remarkable achievement, ‘DANCE!’ deserves to be heard.

Reliving A Journey Edge Of Greatness
Back To Top