With two singles to their name and a full-length debut album imminent, Chronoform has every reason to feel positive about the year ahead.

Being able to cite your career as a full-time musician is quite a rare commodity today. Long have the days gone when bands comfortably set out their musical stable over a period of two years writing and recording an album and promoting it with umpteen single releases continuing the promotional journey to see out this extensive period.

In the present climate, such a lifestyle is pretty much consigned to the past when it comes to the world of music, and something new and emerging bands such as Finland’s Chronoform has experienced first-hand due to the demands of routine day jobs or commitments of study, leaving any time for song writing a limited occupation.

However, despite such drawbacks, Chronoform has remained dogged in their pursuit of writing and recording the foundations for their debut album, which has already received its title, ‘From the Void’, and just happens to be the name of their current single as well. 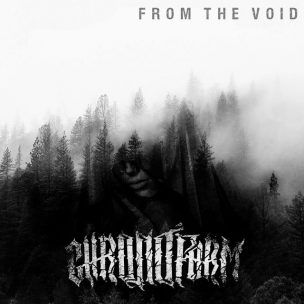 With a sound that merges old-style metal with modern influences of the genre, where groovy riffs can sometimes be heard with subtle traces of electronic influences, Chronoform is a band that acknowledges the past as well as the present. These are the current musical components the five-piece band find themselves working with and, in the meantime, producing the goods with former single ‘Veil’ and, as mentioned earlier, latest single, ‘From The Void’, being the end products of this creativity.

Heading to Finland via electronic mail was the quickest route to seeking out Chronoform once Famous Last Words (FLW) scanned the band’s press bio’ and heard the mammoth track ‘From The Void’ booming from the tiny inbuilt speakers of the office laptop. With a response that was equally, if not quicker than our message to seek out a few words with the band, drummer and co-songwriter, Vänni Panula, was more than happy to spare a few minutes discussing Chronoform’s current single and, not unexpectedly, the obstacles that sometimes get in the band’s way when trying to pursue the life of a musician.

“Us being students and/or working men,” begins Vänni Panula, “time is not a thing that you have lots of. Sometimes adjusting schedules made everything really consuming and faith was lost more than once. However, we pulled through stronger than ever!”

Coming out the other side of a double burden of work and finding the time to write and record their debut album is something Chronoform has managed to achieve and, as mentioned by the band’s rear-guard, Vänni Panula, this five-piece outfit has certainly come out stronger than ever as a result of the entire experience. 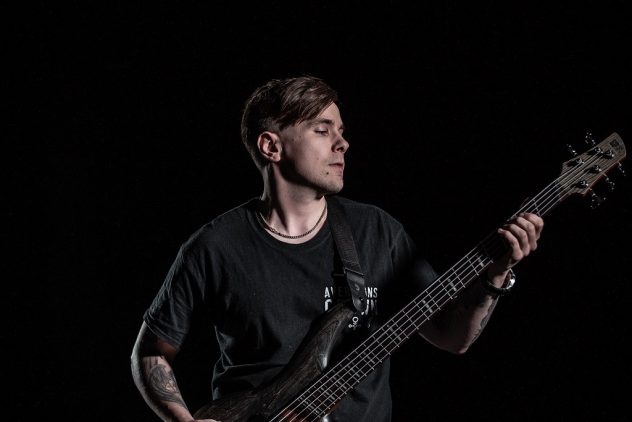 With Chronoform’s debut album imminent, conversation between chosen spokesman Vänni Panula and FLW sees the clock return to the very beginning of the band’s existence when surprisingly for us the metal merchants from Finland set up camp back in 2013 as their drummer and co-songwriter explains:

“Chronoform was founded in 2013 by me and guitarist Aapo. The driving force was to be able to play the songs we had composed. In the beginning, there was only one song. It would later be known by the name ‘Veil’ after being in hibernation for a couple of years. We managed to get a band together even though we lived in a small town of only about 15,000 people. Since then, only the singer has changed, and still all members originate from the same city.”

With the band starting as far back as 2013, FLW imagines that your sound has evolved somewhat. Therefore, how would you describe Chronoform’s sound in 2019?

“Our sound is a unique blend of modern and traditional metal. We have a lot of groovy, techy stuff in our songs and then again more straight-forward, feel-oriented parts can also be found there. Song writing is divided between several members, which also brings more influences to the table. Despite that, I think we’ve managed to keep our own, distinct sound and not let it get too scrambled.”

Remaining in the present, current single ‘From The Void’ has been picking up quite a bit of attention from various music press and digital media sources in terms of playback. Therefore, what can you tell FLW about your latest single and the positive feedback it’s been accumulating? 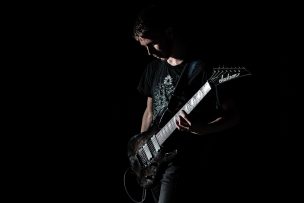 “The response has been great! We got added to three different Spotify playlists including international ones. The fans seem to dig it, and new faces pop up regularly on our social media pages. It’s great to see that our music is interesting.

“The lyrics were written by our bassist Juha-Matti. ‘From The Void’  [is] a vague creation story. It’s not lyrically bound to anyone’s personal experiences, but he rather wanted to tell a story from which everyone can make their own decisions how to understand it. Let it be their own feelings or phenomena on a global scale, anything fits. This way the listener is better able to relate to the lyrics. Apart from Juha-Matti, I also write lyrics. Between the two of us the responsibility has been about 50-50 on the upcoming album.”

How long did it take to write and record ‘From the Void’?

“The drums were recorded during Christmas 2017 at Fire Island Studios in Vaasa, Finland. Everything else after that was done at our own homes by ourselves. Doing it this way provided us with a lot of freedom, but the responsibilities were also much bigger. Therefore, starting from the drum recordings in late 2017, the final product was out about a year after that. Having said that, we recorded a full album worth of material simultaneously, and it’s soon ready to be published!”

Judging by the positive reactions to your two single releases, it seems that the old formula of releasing singles before the release of an album is a method that still works.

“By releasing these singles, we of course hope to satisfy listeners, but also to reach potential audiences that might be interested in hearing the whole record. Singles are a good way of giving the listeners a taste of what is yet to come, and that is what we aim for.”

As a band, are you inspired by any genres of music outside of metal? If so, what other styles of music and albums are you currently listening to?

“Yeah, quite a lot of things, at least for myself. I listen to rap, pop, indie, jazz, etc. I know other members do as well. If I had to choose one genre apart from metal from which I get the biggest inspiration, it’d have to be rap. The flow in the lyrics is very important to me, and while writing the lyrics I always think the arrangements through simultaneously. I’m somewhat picky when it comes to phrasing, and usually babble on to Niko-Petteri about how he got that part wrong again, ha-ha. In the songs you can hear musical influences from jazz and classical music to say the least. Not maybe straight away, but hidden behind the layers. My go-to rap album of 2018 is DJ Ibusal: Yksin kotona 17.”

“As said previously, we have an album on the way. It’s also titled ‘From The Void’, and it’s going to be released later this spring. It consists of nine songs with a playtime of about 35 minutes. After the release, our goal is to get live shows and play them as much and as energetically as we can. It would be great to find us doing shows every weekend next year at this time. Hopefully we’ll get to play in Norway someday!”

If you want to find out more about Chronoform and their current single and forthcoming LP, then head to any of the band’s social media links. The single ‘From The Void’ is out now. 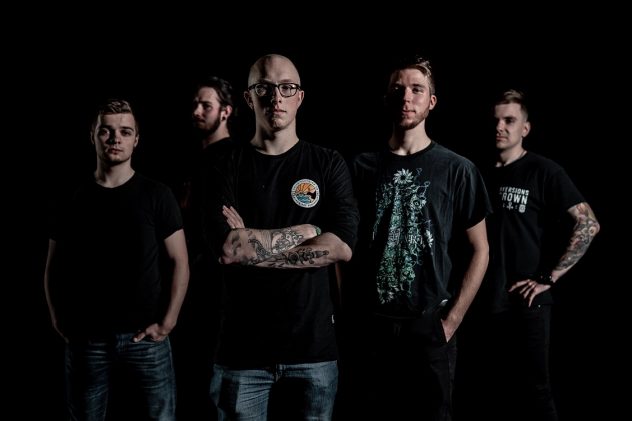 "Sometimes adjusting schedules made everything really consuming and faith was lost more than once. However, we pulled through stronger than ever!”

Having been together as band as far back as 2013, Chronoform has steadily been building their unique blend of metal by combining elements of old and current influences of the genre, which has not been an easy process considering their commitments to work and academia. However, despite the everyday problems many of us encounter, Chronoform has managed to balance all of their current responsibilities as well as giving their all to their music, which can be heard via the band’s two singles to date. So, stand forward all five band members and get ready for the next phase in their musical journey, which comes by way of Chronoform’s debut album predicted for release this spring.

Free Of Limitations Taking It To The South
Back To Top