Have Guitar, Will Create

Urban Zotel is helping to revive a genre of music, namely the instrumental, and making an incredibly decent job of it.

Rather than operate solely as “guitar for hire” for other bands, Urban Zotel has ploughed his own path when it comes to creating music, by leading from the front as a guitarist producing instrumental music in his own right or working in partnership with equally talented and likeminded individuals.

Developing into a head of two crafts – graphic design and music – it is the latter that Famous Last Words (FLW) focuses its attention when it comes to the name Urban Zotel. A product of Slovenia, Urban Zotel has plied his trade in music as a guitarist and given his attention to instrumental pieces of music inspired by country, rockabilly, rock ‘n’ roll and surf music. Something of a niche market, but one highly respected with supporters with an interest in guitar greats featuring Dick Dale, Duane Eddy, Grady Martin, and Link Wray for example, the music of Urban Zotel is helping to revive such a genre by providing an outlet for instrumental guitar music to be heard in the present. 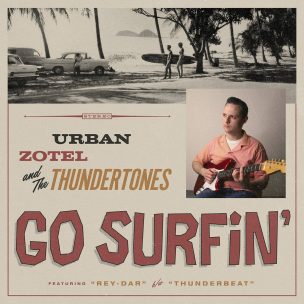 With a new two-track single written and recorded and recently released, ‘REY-DAR’ b/w ‘THUNDERBEAT’, Urban Zotel has every reason to feel optimistic about the rest of 2022 given the quality of this single release. However, before we discover some background details regarding the new record, FLW is keen to learn of Urban Zotel’s beginnings and consequently this is where we begin our discussion with the guitar maestro.

Where did this all begin for Urban Zotel in terms of writing and recording music?

“The first recording in a professional studio I did was when my instrumental band, The Star Time Playboys, did the first album ‘It’s Star Time’ (Martin’s Garage Records) in 2016, and this was shortly after the band was formed,” explains Urban Zotel regarding his involvement with music. “We already played many original tunes from the very start as I always experimented with chords and riffs. Two years after that my friend Tommy Harkenrider and I recorded three songs in an amazing Pot O’ Gold studio. But hiring a professional studio just to experiment and record on a regular basis can get quite expensive. So, around 2019, one of my friends showed me his home studio and briefly explained how to record instruments. It didn’t take me more than two months to set up a studio and start recording.”

When did you first pick up and learn to play the guitar?

“I was around thirteen when I started discovering country music of guys like Johnny Cash, rock & roll by Chuck Berry, and surf tunes like ‘Pipeline’ that is still one of my favourite recordings,” continues Urban Zotel of his early involvement with music. “I quickly realised that I had to start playing an electric guitar, despite most guitar players I knew at the time suggesting to me that I must begin on acoustic. However, I knew that was not the case for me. I learnt the guitar by myself. I had two lessons, one the first week and the second about 10 years later! Many years later I’m still curious to learn new tunes and licks.”

Do you ever provide any vocals to your sound, or do you mainly focus on instrumentals?

“Although I played gigs with singers, I have not yet recorded [vocals] as I really focus on the original instrumental music, it became a natural thing to me.” 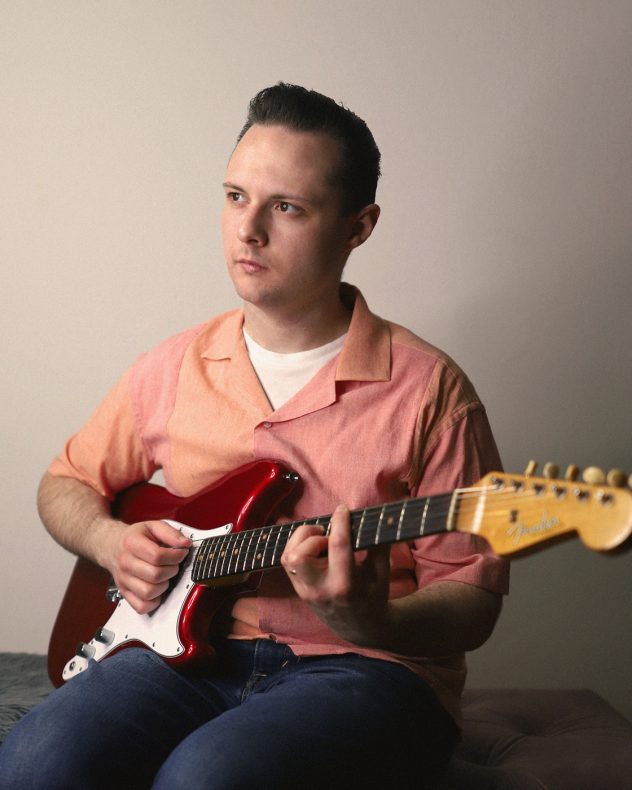 “It can vary from my mood, but it’s a country-jazz sound that can sometimes visit the 50s echo-infused guitar tones and goes to 60s surf reverb sounds later, and then comes back and does it all over again.”

“Mainly 1950s western swing guys like Jimmy Bryant, jump blues musicians like Bill Jennings, and lately I’ve been listening to 1940s and 50s jazz by Tal Farlow and electric Django Reinhardt. The list is exceptionally long and it’s not only guitarists influencing me as I really like listening to different instruments especially saxophone and Hammond organ recordings. And there is a lengthy list of modern musicians like Joel Patterson, Pat Capocci, TK Smith, Junior Watson, and many others.”

Urban Zotel & The Thundertones, what can you tell FLW about this new “surf/spy” project, and when and where did this all begin for you and the band?

“Apart from my first recording with The Star Time Playboys, I haven’t done too much surf rock, especially the one sounding truer to its early roots. Therefore, some ideas started to come together, and the debut release of the new project was born. Now, it’s only a “studio project”, but who knows, maybe we’ll appear playing live somewhere too.”

The new two-track single ‘REY-DAR’ b/w ‘THUNDERBEAT’ is rather excellent! Can you provide more details about the inspirations behind these recordings, and what you were attempting to capture in terms of the song’s sounds and moods?

“Thank you, I really appreciate it! The main inspiration is the early wave of surf instrumental music, mainly bands like The Chantays, The Belairs, The Ventures, and mix that drippy sound with some 1960’s movie and TV theme songs such as the James Bond Theme and Batman.”

Approximately, how long did the songs take to write and record? Did you meet any problems along the way, or did the whole recordings go very smoothly?

“The main ideas started on the guitar, and it was quite a natural process as some interesting things started to evolve when jamming surf. The recording was done quite quickly as the idea was noticeably clear, two days in the studio, only the saxophone was recorded in another location later.”

Regarding the past two years, how has Urban Zotel managed the whole pandemic and subsequent lockdowns in terms of writing and recording and performing live?

“I was quite occupied with producing new tunes, learning some old swing tunes, did a couple of live stream performances, and even did some live vinyl DJing. In fact, during the summers of 2020 and 2021, The Star Time Playboys even played some gigs!” 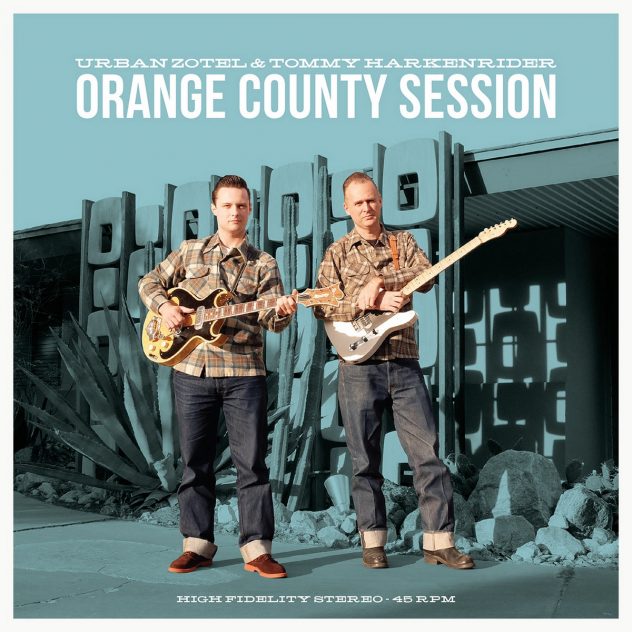 What three items can Urban Zotel never be without?

Do you have any amusing and/strange tales to tell that you have experienced when writing, recording and/or performing live?

“Too many things happen when playing live when the sun goes down! And it is always fun to see the audience’s reaction, especially playing on a non-root’s music event.”

What is next for Urban Zotel?

“At the moment, I am preparing for a first solo swing live performance in a few days, which is a completely new thing for me. After that, we plan to do some gigs with The Star Time Playboys, and maybe even do another recording with The Thundertones.”

“Be nice to other people.”

I was quite occupied with producing new tunes, learning some old swing tunes, did a couple of live stream performances, and even did some live vinyl DJing. In fact, during the summers of 2020 and 2021, The Star Time Playboys even played some gigs!”

Urban Zotel remembers his time during the pandemic and lockdowns

The latest single by Urban Zotel is just one of many. The following list, in no particular order, provides a few examples of Urban’s work, and they are all worth investigating.

‘Outer Space Sounds Of Urban Zotel’ – An album’s worth of material compiled from single releases.

‘Urban Zotel Plays Country Guitar’ – No further explanation required because it is all in the title.

‘It’s A Fuzz!’ – Early garage rock combines with rock ‘n’ roll and ends up, you guessed it, a fuzzy guitar sound and displays another side to the guitar sounds of Urban Zotel.