Rising from the underground music scene in Finland is a trio with a conscience and a noise who go by the name Rat Boogie.

Somewhere in the Finnish underground you will find a three-piece band who like to “boogie” to a rock and roll beat with the best of them. The beat in question just happens to be one infused mainly with rock, but also contains edges prised from alternative rock and punk rock that bring the trio RAT BOOGIE to life! 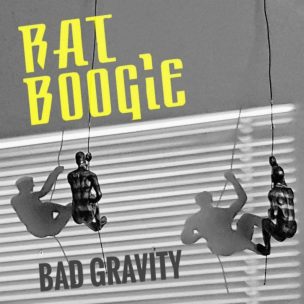 A recent discovery, and one made aware to Famous Last Words (FLW) via the brand-new single ‘Bad Gravity’, Rat Boogie, comprising of members Mika Palosaari (vocals, guitars, keyboards), Mika Säkkinen (bass/backing vocals), and Pasi Aikio (drums), surfaced from the underground with an infectious tune that rattles along at a substantial pace, yet remains equally measured with its engaging chorus offering reflection in terms of its thoughts. An excellent beginning, and one that provides a small insight to a forthcoming album that is yet to receive a scheduled release date. No matter, as there is enough meat on the bones of current single ‘Bad Gravity’ to introduce Rat Boogie, who gladly took the reins to provide further insight of their rock and punk-rock (under)world.

“The band was started in 2016, when the long co-operation between Mika Säkkinen and Mika Palosaari was strengthened by drummer Pasi Aiko, who are all experienced musicians from different fields of music,” begins Rat Boogie on their formation.

FLW has some idea of how to describe Rat Boogie’s sound, but how would the band describe it?

“It’s straightforward rock music in a trio format, and led by melodies and punchy playing, in addition to combining different influences and spices!” 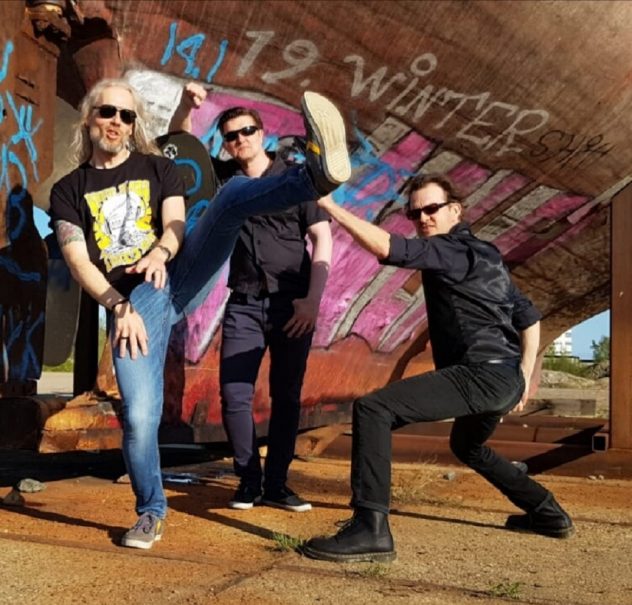 Who do Rat Boogie consider as influences regarding your music?

“A big variety of influences from 60/70s classic rock to punk and reggae. Also, not being confined by genres is an important idea, because as long as it works, it’s good!”

What can you tell FLW about your new single ‘Bad Gravity’?

“The song was born as an afterthought after a similarly named album Rat Boogie published in 2020. It’s an uptempo rock song with some pondering [in terms of the lyrics] over the forces that stop us from trying and make us settle for less or sometimes attract us to the wrong places and/or make the wrong choices. All of this is described by the self-coined term, ‘Bad Gravity’.”

FLW understands that Rat Boogie has an album planned for a future date. Therefore, can you provide any details regarding this upcoming album release?

“Answering any such questions is difficult at the moment because the album is still very much “under construction” with a few basic tracks ready, and there are more to come. There are lots of good song ideas to choose from, thanks to the ongoing creative flow of Mr Säkkinen, our main composer these days. Before this [the album], there will be another single published in August, which is called ‘Gone, Gone, Gone’.

What type of album can we expect once it is ready for release?

“Overall, I expect the future [album] release to have a fuller sound (i.e. different studio), and more experimenting with styles. For example, one of the songs has a reggae beat, another plays around more with rhythmic ideas, etc.”

Was it a difficult time for Rat Boogie with the recent pandemic and lockdowns in terms of writing, recording, and performing live?

“It affected live performances very much as there was a long time of not being able to do that. It also influenced the studio work, which had to be paused on numerous occasions. That said, the writing has been continuing quite smoothly!”

Have there been any funny or strange incidents for the band since you have been together (We’re looking for stories here!)?

“Apart from the snowstorms and polar bear attacks, there have been no major incidents [laughs] (Not your average everyday occurrences for most bands! FLW)!”

What three items can Rat Boogie never be without? 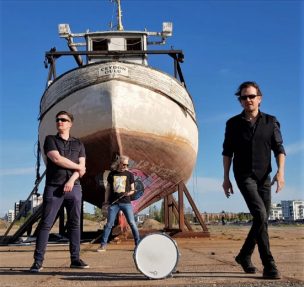 “I guess guitar, bass, and drums would be an obvious answer. A second round of answers would be bicycles, a vinyl turntable, and a few beers!”

What is next for Rat Boogie?

“Next, there will be some vocal work on the new songs after a little summer break, and then getting ready for the next live gigs coming soon.”

Any final words of the day from Rat Boogie?

“Support live music and your local artists, they are a treasure (Hear, hear, FLW)! That said, wishing a happy summer for all!”

Apart from the snowstorms and polar bear attacks, there have been no major incidents!"

Prior to the new single release ‘Bad Gravity’, Rat Boogie has released an album that was issued during 2020. The album also received the title ‘Bad Gravity’ and featured twelve original songs from the trio. In terms of influences regarding the band’s debut album it was filled with that “classic” rock sound as mentioned by Rat Boogie in our interview, but also plenty of “alternative” ideas and touches making it an interesting first record. Look to tracks ‘Unhappy World’, ‘Cold Sun’, and ‘Lost Without Trace’ for those different flavours, in addition to more notable influences drawing on the likes of David Bowie and Red Hot Chili Peppers for two such examples.