It’s been a longtime since Famous Last Words (FLW) has heard from The Waterboys but all that’s about to change as the band announce details of a new album and tour dates in Norway.

The forthcoming album from The Waterboys is titled ‘Out Of All This Blue’ and will be released via BMG Records, which is a first for the band. With the 8th September 2017 set as the official release date, the new album will be issued as a double LP, and was produced by the band’s frontman, Mike Scott, and recorded in Dublin and Tokyo 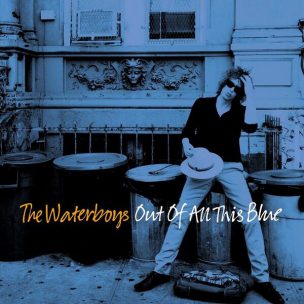 ‘Out Of All This Blue’ is made up of 23 songs (all written by Mike Scott) with a variety of sources influencing the sounds making up the forthcoming album release consisting of classic rhythm and blues, country, funk and soul. Additionally, all brass and stringed instrumentation is arranged and directed by Trey Pollard from The Spacebomb Collective.

“Out Of All This Blue is 2/3 love and romance, 1/3 stories and observations. I knew from the beginning I wanted to make a double album, and lucky for me – and I hope the listener – the songs just kept coming, and in pop colours.”

In support of the album ‘Out Of All This Blue’, The Waterboys will be playing some live dates in Norway, details of which can be viewed below:

The album ‘Out Of All This Blue’ is released 8th September 2017 on BMG Records and will be available as a download, double CD, double vinyl, triple deluxe CD and triple deluxe vinyl, with both of the latter versions containing bonus material.