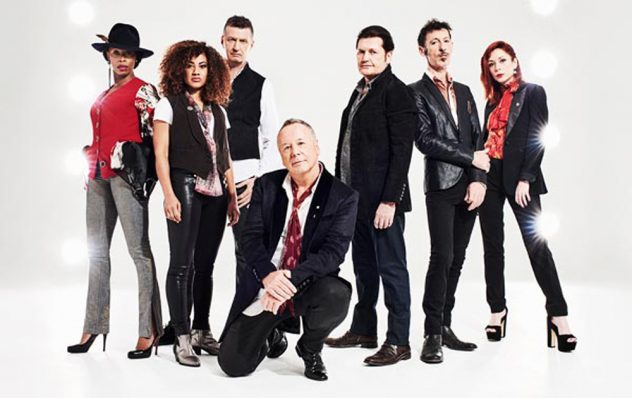 With several music sources rating the new single as classic Simple Minds, lead singer Jim Kerr and guitarist Charlie Burchill continue their creative journey after many years together with the upcoming release of long player ‘Walk Between Worlds’, which is out 2nd February on BMG.

To support the single ‘Magic’, a 3D animated video has been produced featuring a dancer who provides a visual interpretation of Simple Minds’ single in various different ways. With the music video directed by Argentinian Esteban Diacono, the band are said to be extremely pleased with the end result as it combines smart techniques and fantastic visual effects.

The upcoming album ‘Walk Between Worlds’ is produced by Andy Wright and Gavin Goldberg, who were the team responsible for production duties on Simple Minds previous studio album ‘Big Music’.

Simple Minds will head out on tour next month where the first three concerts will stage a very special event for all fans of the Scottish band. The first three dates of the tour in February 2018 will see the band perform songs from the new album ‘Walk Between Worlds’, followed by a second part featuring a live on stage interview, and then finishing with a classic set of Simple Minds’ songs.

Later in August and September, Simple Minds will embark on the Grand Slam 2018 Tour with The Pretenders (the first time since Live Aid that the bands have been together) and KT Tunstall for a total of thirteen live dates.

‘Walk Between Worlds’ is available 2nd February on BMG.